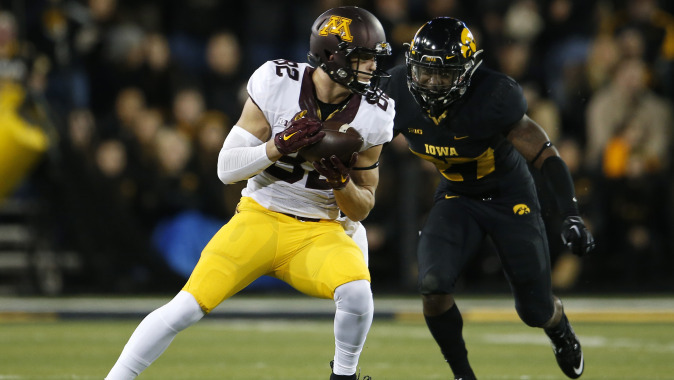 TAMPA, Fla. — University of Iowa defensive back Jordan Lomax has accepted an invitation to play in the 91st East-West Shrine Game. The Game will be held Jan. 23, at Tropicana Field in Petersburg, Florida. The game will kick off at 4 p.m. EST and be televised on the NFL Network and broadcast worldwide on radio via Yahoo Sports Radio, SiriusXM, and Tunein.

Lomax (5-foot-10, 205 pounds) was third on the Hawkeyes this season with 96 tackles. The native of Upper Marlboro, Maryland, finished his Hawkeye career with exactly 200 tackles. He was a third team All-Big Ten honoree and a second team Academic All-American in 2015. Lomax, who was chosen to Iowa’s Leadership Group the last three seasons, played in 47 games as a Hawkeye, starting 27.

“The most important aspect of East-West Shrine Game has always been supporting Shriners Hospitals for Children,” said East-West Shrine Game Executive Director Harold Richardson. “But during game week, it also affords our players a terrific opportunity to showcase their talents and get their first glimpse of life in the NFL. Just Like on Sunday.”

While the teams are divided by East and West, the players come together for the beneficiary of the event, Shriners Hospitals for Children, an international pediatric specialty health care system.

East-West Shrine Game tickets are on sale through all Ticketmaster outlets. Fans can purchase tickets for the game online at shrinegame.com, or ticketmaster.com. Game tickets are $15 general admission tickets (price does not include service fees).