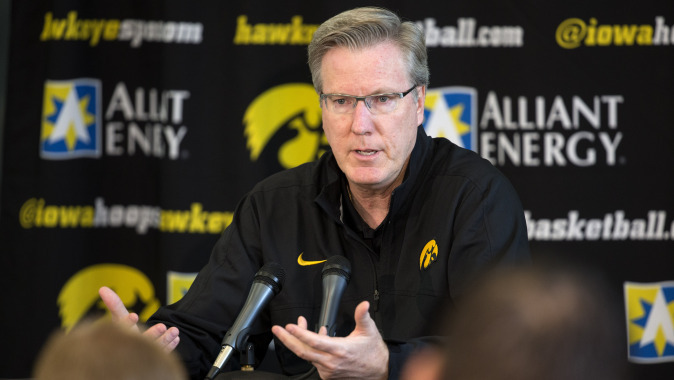 The briefing with local, regional, and national media will be held in the Media Room inside Carver-Hawkeye Arena, and will be available live from start to finish on Hawkeye All-Access, the multi-media portal inside hawkeyesports.com, the official worldwide website of the Iowa Hawkeyes.

The Hawkeyes are 17-4 overall and 8-1 in league action after defeating Northwestern, 85-71, Sunday on Mediacom Court. Iowa is ranked fifth in The Associated Press poll and seventh in the USA Today Coaches poll.

Penn State is 11-11 overall and 2-7 in Big Ten play. The Nittany Lions have lost three straight and five of their last six. Penn State’s two Big Ten victories came at home over Minnesota and at Northwestern.