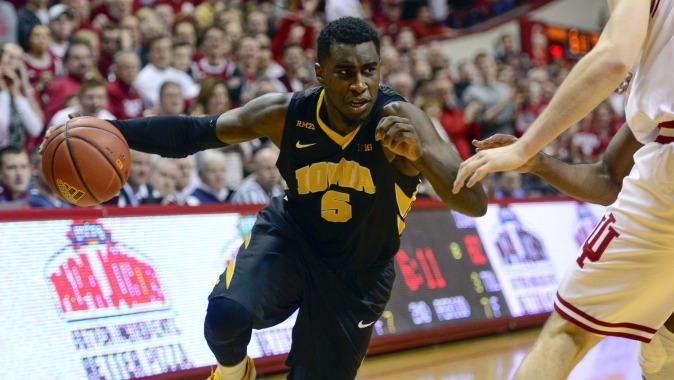 IOWA CITY, Iowa — Minnesota is winless in Big Ten Conference action, but that doesn’t mean the Gophers don’t have the No. 4/5 University of Iowa men’s basketball team’s full attention.

The Hawkeyes look to stay perfect on Mediacom Court, hosting Minnesota at 6:30 p.m. (CT) Sunday night in a game televised on BTN.

“I don’t look at their record, I look at their players,” said UI head coach Fran McCaffery. “(Nate) Mason is terrific, (Joey) King has been good, and (Jordan) Murphy is as good as any freshman in our league. They have our attention, no question.”

Minnesota has won two of the last three meetings in the series. Iowa needed a game-winner from Jarrod Uthoff to defeat the Gophers in Minneapolis last season; Minnesota won 64-59 in Iowa City.

“We’ve lost to them two of the last three times we’ve played,” said McCaffery. “It shouldn’t be too hard to get (our guys) to understand who we’re playing.”

The Gophers haven’t won since Dec. 16 this season — a 70-52 victory over Chicago State at Williams Arena. Minnesota has been competitive in Big Ten play, but don’t have anything to show for it. Eight of its 12 losses have been by single digits, including four of the last five games.

“(Richard Pitino) has good young players, and he’s trying to push the right buttons,” said McCaffery. “They have been close. If you look at their record, it isn’t reflective. If you watch them and how they played at Indiana, they had that game won. They have had many games where they have been right there.”

Iowa suffered its second league defeat Thursday, falling 85-78 at Indiana. The Hawkeye reserves were held scoreless for the first time this season.

“They’ll be fine,” McCaffery said of his bench players. “In retrospect, I should have played them all more. The starting five played so well, I thought we would ride them. We had a good rhythm offensively, so I sprinkled in three guys (off the bench). I have confidence in those guys, so I’ll go back to them.”

McCaffery says the loss in Bloomington was part of the process — as long as Iowa learns from it.

“Even in defeat you learn something about yourself and team,” said McCaffery. “You can’t help but benefit from the experience we had last night, as long as you approach it the right way. We need to effect change for some things we didn’t do and remember what we did well.”