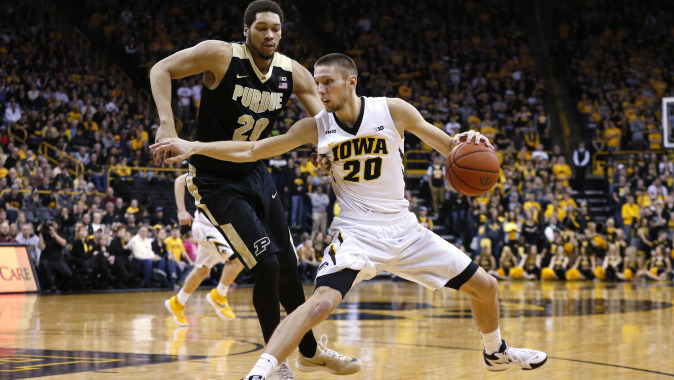 Uthoff is one of two Big Ten players named to the 11-player list (Michigan State’s Denzel Valentine). Six of the 11 finalists are seniors, three are sophomores, one is a junior and one is a freshman. 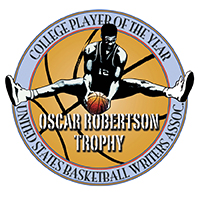 Uthoff, a native of Cedar Rapids, Iowa, has scored in double figures in all but one game this season, including netting 20 points or more 13 times. The team co-captain leads the Big Ten in blocked shots (2.7) and is second in scoring (18.5). He became the third Hawkeye in school history to amass 1,000 points and 150 blocks in a career (Acie Earl and Greg Stokes). Uthoff is the second player nationally the last 20 years to average two blocks and two 3-pointers per game (Duke’s Shane Battier in 1999-00 and 2000-01).

Voting for the award is conducted by members of the USBWA. The USBWA is comprised of over 900 sports journalists covering college basketball for newspapers, magazines and websites.

The USBWA player of the year award will be presented on April 11 at the College Basketball Awards gala and dinner at the National Cowboy & Western Heritage Museum in Oklahoma City.

Uthoff and the No. 15/16 Iowa Hawkeyes host No. 11/12 Indiana in their home finale Tuesday evening. Tipoff is set for 8:05 p.m. (CT) on Mediacom Court at Carver-Hawkeye Arena. Standing room only tickets are available through the UI Athletic Ticket Office (1-800-IA-HAWKS or hawkeyesports.com).