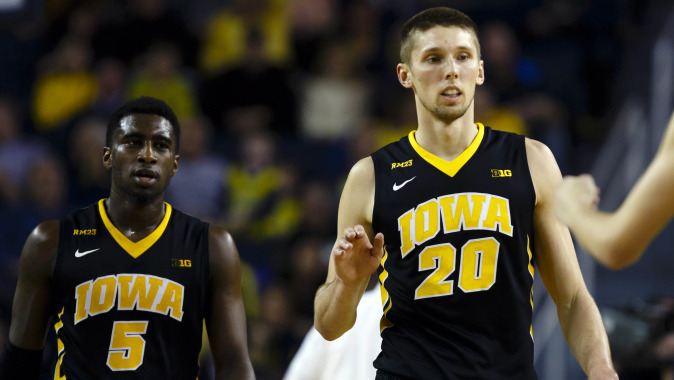 ROSEMONT, Ill. — Indiana, Michigan State, Maryland and Purdue are the top four seeds in the 2016 Big Ten Men’s Basketball Tournament, the conference office announced on Sunday night. The 19th annual event will be contested from March 9-13 at Bankers Life Fieldhouse in Indianapolis.

Iowa, Maryland, Purdue and Wisconsin finished the year with matching 12-6 conference marks. Based on conference tiebreaking procedures, the Terrapins are the No. 3 seed and the Boilermakers claimed the fourth seed, as both teams earned a double-bye. On Friday, Maryland will open play at approximately 9 p.m., while Purdue will get underway at approximately 2:30 p.m.

Ohio State finished the conference season with an 11-7 record to earn the No. 7 seed. The Buckeyes will take on 10th-seeded Penn State at 6:30 p.m. on Thursday. Michigan finished with a 10-8 conference record and claimed the eighth seed. The Wolverines will oppose No. 9 Northwestern at Noon on Thursday.

Big Ten Tournament semifinal games will be played on Saturday beginning at 1 p.m. ET. The championship game tips off at 3 p.m. ET on Sunday. Every Big Ten Men’s Basketball Tournament game will be nationally televised with coverage from CBS Sports, ESPN or ESPN2 and BTN. Since the event’s inception in 1998, every tournament contest has been televised.

Limited all-session tickets remain available at the Bankers Life Fieldhouse box office, Ticketmaster.com or charge by phone at 800-745-3000. For more information, including a full bracket, ticket and lodging information, go to bigten.org.