Coach Pops Harrison’s Hawkeyes were 11-1 in Western Conference (now Big Ten) play and 17-1 overall. Dick Ives and Herb Wilkinson combined to make five different All-American teams that season. Brothers Herb and Clayton Wilkinson both made the All-Big Ten first team. The roster included a freshman from Muscatine, Iowa, named Murray Wier, who would go on to earn All-Big Ten and All-American honors during his career.
There was another letterman on that 1944-45 roster who earned significant distinction as well. 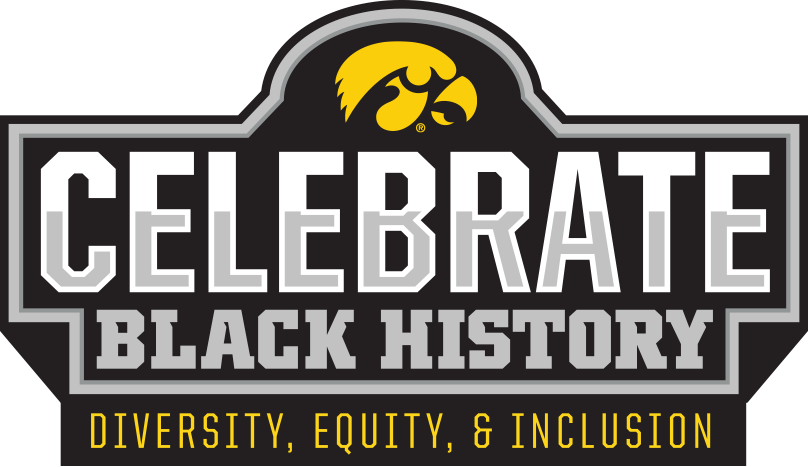 His name was Dick Culberson. A native of Iowa City, Iowa, Culberson is the first African-American to play basketball at the University of Iowa and in the Big Ten.

Bill Garrett of Indiana is best known as the first African-American to play in the Big Ten on a regular basis. He played for the Hoosiers from 1947-51, and was an All-American. Garrett’s son, Billy, was an assistant coach to Steve Alford at Iowa (2006-07).

But Culberson is the first African-American to see varsity action in a Big Ten game. That came in that memorable 1944-45 season.

The starting center at City High for two seasons, Culberson started his college career at Virginia Union, where he played football and basketball. Jim Junot, Virginia Union’s sports information director, said the school’s records for lettermen don’t go back to Culberson’s time at the university.

In his preview of the 1944-45 season that was issued to news media, Wilson wrote, “Behind Clayton Wilkinson at center is Dick Culberson, first Negro to play on an Iowa varsity cage squad, a 6-3 husky with experience at Virginia Union.”

Culberson’s Hawkeye debut came on Dec. 9, 1944, when Iowa opened the season with a 101-23 stroll past Western Illinois.  The rout was expected.

“If the Hawkeyes begin clicking as expected, Harrison plans to insert many other Iowa cagers into the game in an effort to find out what these ‘second line’ men do under fire,” the Iowa City Press-Citizen reported on Dec. 8. “Such men as Murray Wier, the Muscatine firewagon, Dick Culberson, Iowa City center, Jack Wishmier, Stan Straatsman, Bob Tedesky, Jim Graham, Bob Schulz, LaVerne Bruns and Ed Marsh should get a chance to report to the officials tomorrow night.”

Culberson played in all six nonconference games that season, scoring two points against South Dakota State and four against Denver. His time on the floor wasn’t lost around the Big Ten.

In his “Playing the Game” column that appeared in the Jan. 6, 1945 edition of the Wisconsin State Journal, Henry J. McCormick wrote, “It has been rumored for years that there is an ‘unwritten agreement’ among Western Conference basketball coaches not to use colored players.

“Whether that is true is hard to answer, but at least I can recall of no colored basketeer who ever played in the conference.

“However, that’s likely to be changed this year, for Iowa is using Dick Culberson, a colored boy from Iowa City, as a first-string reserve. He has played in all six Iowa nonconference games.

“It is a fact well known to people close to Western Conference basketball that Ohio State, Michigan and Chicago had Negro basketeers of considerable ability at one time or another, but that none of them saw varsity action.”

In his Topp’s In Sports column in the Jan. 8, 1945 edition of the Daily Times of Davenport, Charley Topp brought up McCormick’s piece and then added, “That plaint is being given consideration by the Hawkeye cagers who say Culberson is a perfect gentleman and a durn sweet player…”

Topp added, “For our part we say, and believe quad-city residents will substantiate us, ‘If Culberson is good enough for the Iowa varsity members, he’s good enough for us.’ Let’s see what the boy can do, and the sooner the better. Never hide your light under a barrel. There are no prudes as to creed or color in warfare, let’s play basketball in the same manner.”

Bert McGrane wrote in the Des Moines Register that “Harrison rates (Culberson) as a ‘fine young fellow’ who is popular with his teammates.”

In Part I of a 2016 series on Garrett and the integration of Big Ten basketball commissioned by the Indiana Historical Bureau, the unwritten rule McCormick spoke of was discussed.

“Referred to as the ‘gentleman’s agreement,’ the ‘unwritten rule,’ or the ‘lily-white rule,’ the color line in basketball came under increasing attack throughout the 1940s as more talented black players were being overlooked solely because of their race. In 1944, African American Richard (Dick) Culberson played varsity at the University of Iowa, but coaches largely regarded his participation as an exception rather than the rule. Culberson was a substitute rather than a starter, and wartime conditions had made it more difficult to field a team, leading to slightly relaxed rules.”

Wrote Topp, “As Culberson entered the game, the 11,500 spectators let out a terrific roar and an ovation for the colored youth.”

Culberson was one of 13 players to receive major I letters and Gold Basketballs according to the University of Iowa’s Hawkeye yearbook. He averaged 2.3 points in nine games that season, the team’s seventh-leading scorer.

Culberson was a senior in 1945-46, but his playing time decreased. Clayton Wilkinson was again the starter in the post. Noble Jorgensen, a 6-9 transfer from Westminster College of Pennsylvania, became the backup. Culberson played in five varsity games as a senior, scoring six points. He received a minor I letter.

Culberson graduated from the University of Iowa in June of 1946 with a bachelor of arts degree. He spent his professional career as a telecommunications analyst in Cleveland.

Room 349 at the Iowa Memorial Union is called the “Iowa Firsts Room.”  It honors significant “firsts” in university history. Culberson’s picture and a brief bio is included in the display.