A Season of Great Lessons

IOWA CITY, Iowa — In one sense, everything seemed to be progressing as normal. In another, things were better.

And then, like the rest of college athletics, and for all walks of life around the globe, everything changed.

On March 12, head coach Sasha Schmid and the University of Iowa women’s tennis team were on the final leg of their road trip to the state of Indiana. The Hawkeyes would play Indiana on Friday  and trek to Purdue for a match on Saturday.

Two Chevy Suburbans, driven by two coaches, ready for a Big Ten weekend. Nothing unusual about that part. The small difference this time (not to be confused with the life-altering news about to come), was that Iowa was hot. Winners of four of their last five, including a victory over a ranked opponent, and 1-0 in the Big Ten Conference for the first time in six years. Things were clicking for this team.

“The challenge for our team was to move the program forward from where we finished last season, and we had put in place a challenging nonconference schedule to test ourselves,” said Schmid. “We definitely felt the effects of challenging matches at the start of the season, and I felt the hard work had gotten us to a place where we were ready to take off.” 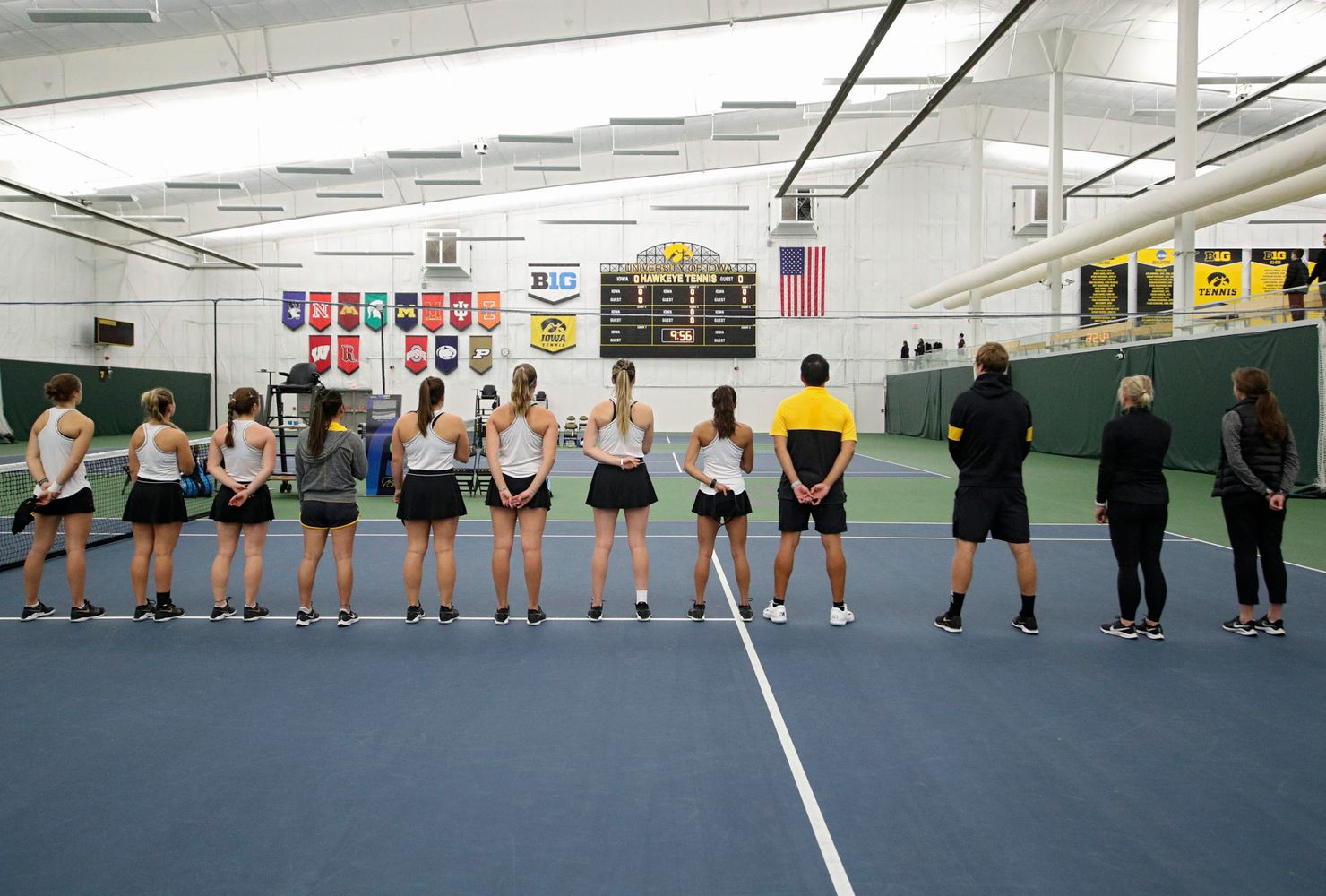 Then things changed. Somewhere in Indiana, on a side road off Interstate 74, Schmid told her team that the NCAA and Big Ten Conference were canceling all competitions through the end of the academic year. The Suburbans were rerouted back west. Team huddles would become Zoom meetings. Rallies would become phone tag.

“It was jarring, the season ended quickly,” Schmid said. “When I dropped them off on the night of March 12, I thought we would see each other again and abruptly it changed. Everyone had to scatter and go home the next day. So being able to stay in touch through Zoom and text messaging and Facetime has been important because nothing prepares you for an abrupt ending when you are incredibly close and in the middle of being together as a team.”

The season was over but coaching never stops. Schmid knows the season is not for naught.

"At the essence we just play a game,
but we are learning these incredible lessons."

“Through sport and through tennis we learn how to stick together as a group, put others ahead of ourselves, to be resilient, to fight through disappointment, to continue through difficult things, to be positive and know there is a brighter future ahead.”

“I can see all of those things happening to us in the course of our season and those are transferrable to what we are going through, each individual team member, their family, our community, and our nation. The ability to transfer lessons we learn through sports into real life situations is one of the most meaningful things about my job. I have reflected on that a lot lately and believe there is no better time than now to make those transferable traits apply to what we’re doing with in our lives today.”