McCaffery is pleased with how captains Luka Garza, Jordan Bohannon, Joe Wieskamp, and Connor McCaffery are taking charge during the coronavirus pandemic.

“They all talked about what they’re doing to motivate themselves, what they have been doing to motivate each other to be great and to recognize we have a chance to have a special season,” McCaffery said. “I have been impressed with our leadership and most importantly, each individual’s inner-drive to accomplish great things during this period.”

Pressure off, pressure on

McCaffery notes that Iowa has its roster set at 13 student-athletes for the 2020-21 season, so the coaching staff is not searching for a late signee. They are, however, looking at its next recruiting class.

“Bringing in a class of five this year takes some of the pressure off,” McCaffery said. “But going into the following year, you lose Garza and you lose Jordan Bohannon — two of the greatest players ever to wear that jersey. There is always going to be pressure to find their replacements and get the same kind of quality we would have expected to get in a typical year.”

Iowa hasn’t hosted an early-season men’s basketball tournament since 2007 when the Hawkeyes defeated Eastern Illinois, 57-45, for third place in the Hawkeye Challenge. That could change in 2020. 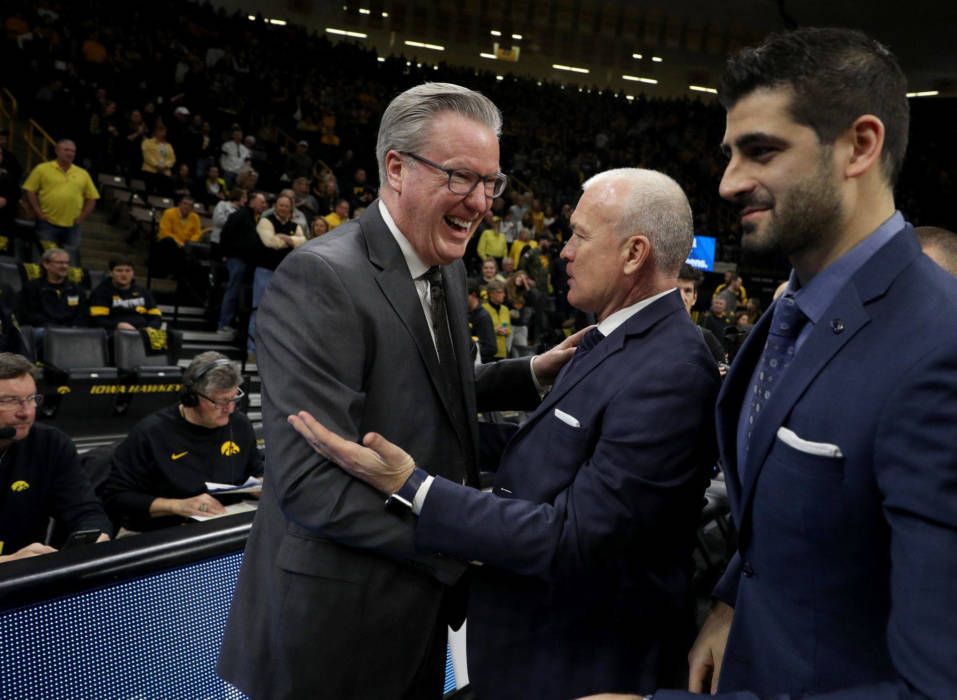 After winning 43 games the last two seasons and with an abundance of starting experience returning, expectations will be high for the Hawkeyes in 2020-21.

“The drive comes within each one of the players,” McCaffery said. “The coaches are always going to be driven and professional. The drive that is necessary has to come from the players and I feel good about the group we have in terms of that area.

“This is a self-motivated group, they put the time in, they take care of their bodies, they live their live the right way. They are connected as friends, teammates, competitors, and that’s when it’s fun to coach.”

McCaffery provided updates on three Hawkeyes — Bohannon, Jack Nunge, and Patrick McCaffery — who were limited because of injuries during the 2019-20 season.

“Jordan has been diligent since his surgery and this is probably the best he has felt in a long time, but more importantly, he has his body to the point where it needs to be in terms of strength and weight,” McCaffery said. “Jack has had no setbacks from his knee and has been running, and Patrick is coming along well. He’s up over 200 pounds for the first time, so that’s a good sign.”

“The drive comes within each one of the players. The coaches are always going to be driven and professional. The drive that is necessary has to come from the players and I feel good about the group we have in terms of that area.”

“I think we prepare as if he’s coming back with an eye on the fact that he might not come back,” McCaffery said. “We all saw what he did and know what he’s capable of doing next year, which is kind of scary to think about. Right now, I am trying to give him the space he needs to make the decision he needs to make.”

“We feel good about the rest of the roster to try to figure how we can play without him, which would be a huge hole when you lose a guy that is averaging 26 points a game.”

Cordell Pemsl departed the program as a graduate transfer following the season. Pemsl will play his final season at Virginia Tech.

“Cordell loved his time here, he loves his teammates and they love him,” McCaffery said. “I told him we would not have won 20 games last year without him.  I think he wants a bigger role in his last year, and he’s capable of that. I think he found a place he thought could provide that and I am excited for him.”

McCaffery wants to see the Hawkeyes stay united while persevering through the coronavirus global pandemic.

“The only thing that can come out of this is that they stay together and stay connected,” McCaffery said. “This is not how we’re used to living. These are motivated young guys that get up and grind every day and the grinding is the hard part.

“Watching them on their phones with each other, sometimes they’ll all have headphones on and play Fortnite together. Things like that are critical because they all recognize what’s at stake and the opportunity before us. That’s the most important thing and I have been proud of that.”