IOWA CITY, Iowa — Ben McGilmer of the University of Iowa Men’s Basketball “Six Pack” has passed away at the age of 74. McGilmer and his teammates won the 1970 Big Ten Championship, winning all 14 Big Ten games.

There will be an online streaming Service for McGilmer held in the state of Georgia on July 12 at 1 p.m. (ET). The live stream link will be posted on levettfuneralhome.com closer to the date of the service.

McGilmer’s academic and athletic career came to an abrupt halt when, after his sophomore year, he was drafted into the U.S. Army. During his military service, he played on the undefeated All Army Basketball team.

After completing his tour with the U. S. Army, McGilmer returned to Iowa City, playing on one of the greatest teams in Iowa basketball history. As a senior, McGilmer averaged 10.3 points per contest on Coach Ralph Miller’s 1970 squad that won 17 of its last 18 games and going undefeated in conference play. That magical team remains the highest scoring team in Big Ten history, averaging a staggering 102.9 points per game in league play. The Hawkeyes topped the century mark 14 times and averaged 98.7 points per game over the course of 25 games.

“Our thoughts and prayers are with Ben McGilmer’s family. Not only was Ben a leader on Iowa’s only undefeated Big Ten Championship team, but he served his country in the middle of his eligibility. That speaks to the type of person he was. Ben will be missed by everyone in the Iowa basketball family.” 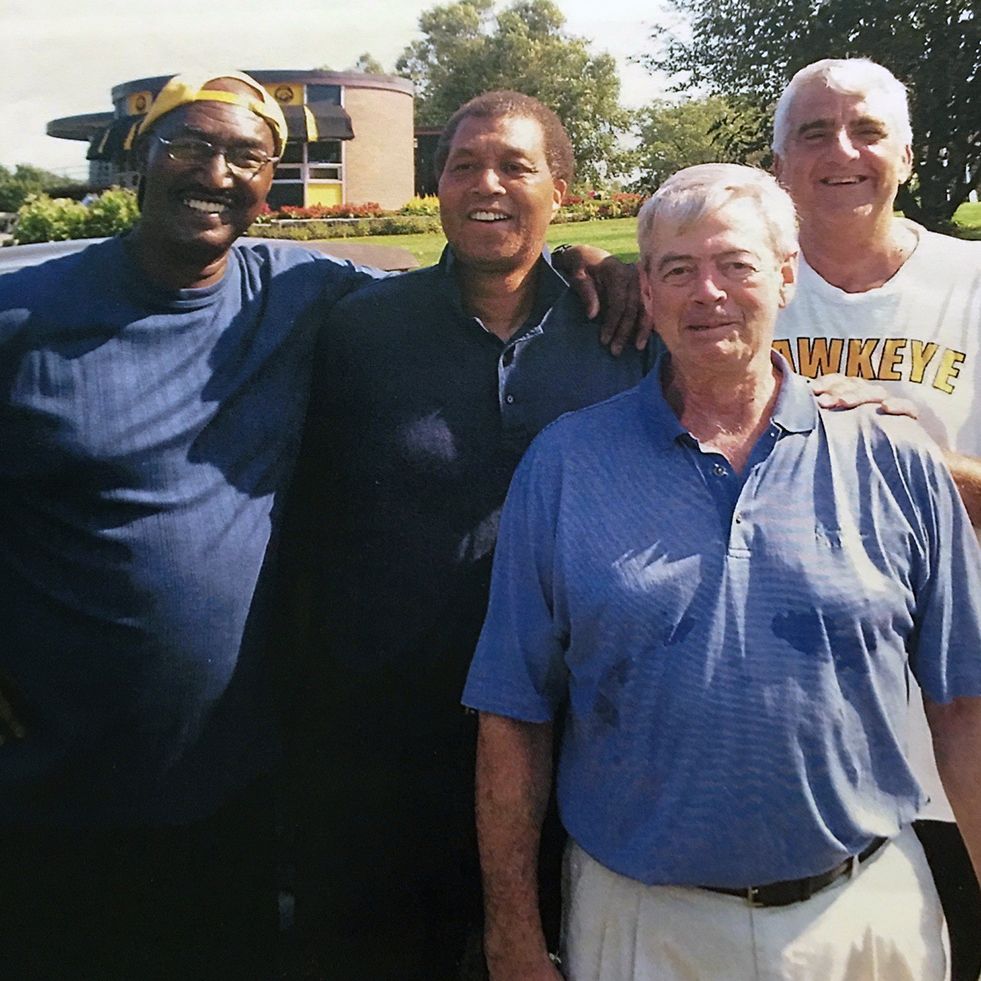 “Our thoughts and prayers are with Ben McGilmer’s family,” said Iowa head coach Fran McCaffery. “Not only was Ben a leader on Iowa’s only undefeated Big Ten Championship team, but he served his country in the middle of his eligibility. That speaks to the type of person he was. Ben will be missed by everyone in the Iowa basketball family.”

McGilmer, the eldest of seven children, played professionally overseas after his Hawkeye career. He played on several European teams, including the Gillette All-Stars and teams in Belgium, France, and Turkey. After retiring from playing basketball, he coached the Turkish Junior National Team.

“I was starstruck ever since watching (McGilmer’s) performance against a Top-10 Michigan team loaded with talent,” said Grabinski. “The entire state watched that game. He was one of my childhood idols and we eventually became really good friends.”

After his coaching career, he moved to Spain in 1990. McGilmer helped establish a world record by playing in an historic game that was designated by the Guinness Book of World Records as the longest marathon basketball game ever played (25 hours and 54 minutes). This event took place in 1992 in Malaga, Spain. After spending several years in Spain, he returned to the United States in 2007.

Later, McGilmer studied Computer Networking Systems at ITT Technical Institute in Atlanta and graduated with a degree in Computer Programming in 2011. He also taught French and Spanish as a substitute teacher in the DeKalb County School System.

“Ben was one of the most diverse individuals I have ever met,” Grabinski said. “His legacy goes way beyond the game of basketball. Not only was he one of the most exciting players to play basketball at Iowa, but he served in the military, played the bongos in a band while in college, he could make his own clothes and jewelry, and earned a 4.0 in computer classes a few years ago.

“Ben cared about people and had a great sense of humor. His smile was only surpassed by his laughter. My day was always better when Ben was in it.”

He is fondly remembered by his son, Dr. Christopher J. McGilmer and his grandchildren Kaya, Maxwell, and Chai, as well as his devoted companion, Faye Tate. Additionally, his memory is cherished by his two remaining living siblings, Weldon McGilmer and Brenda McGilmer, as well as nieces and nephews Michelle, Eric, William, Anthony, Crystal, Te’Igo, T. J. and Zaire and a host of grand nieces and nephews.