Luka Garza's decision to return to the University of Iowa for his senior year and withdraw from the NBA Draft sent news waves across the country. 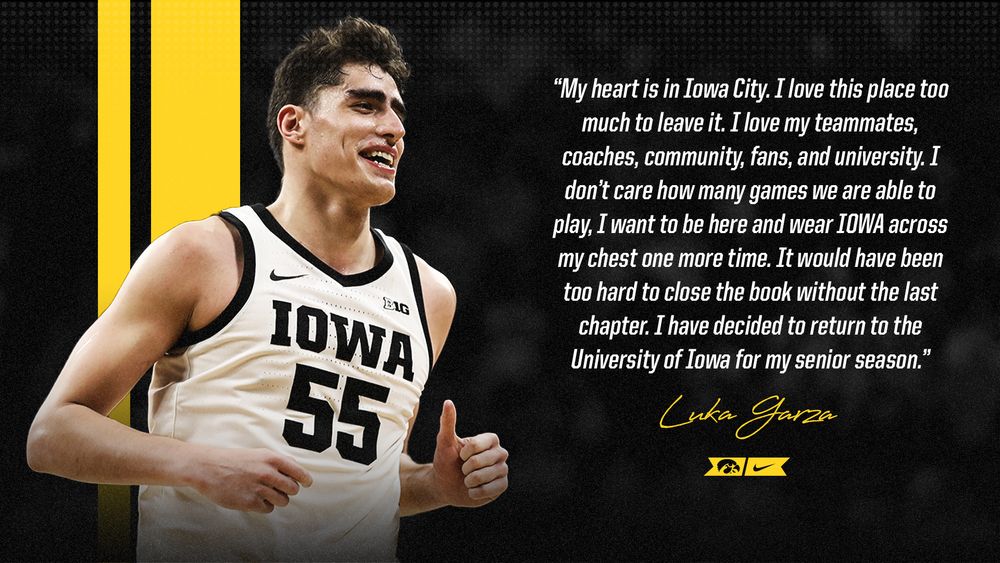 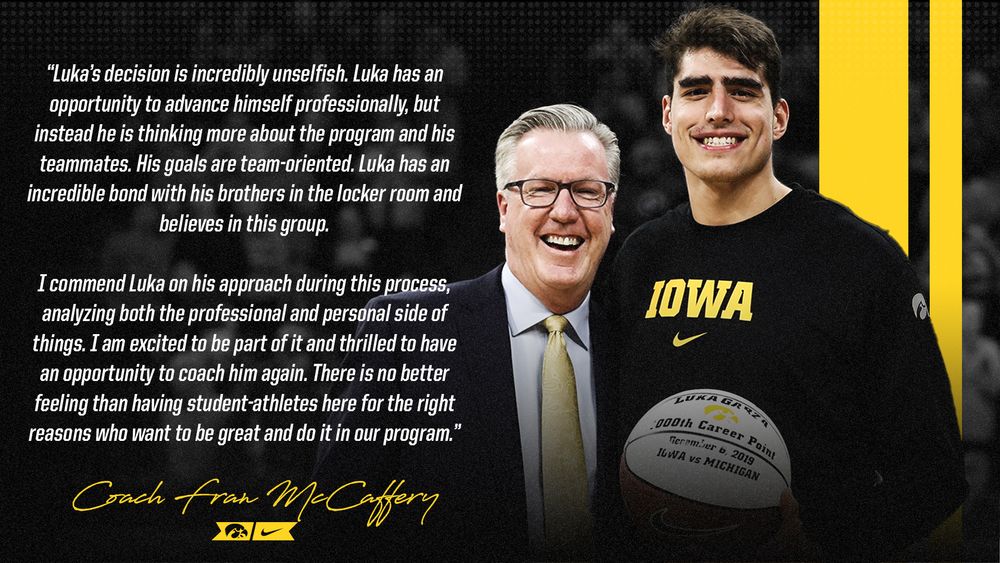 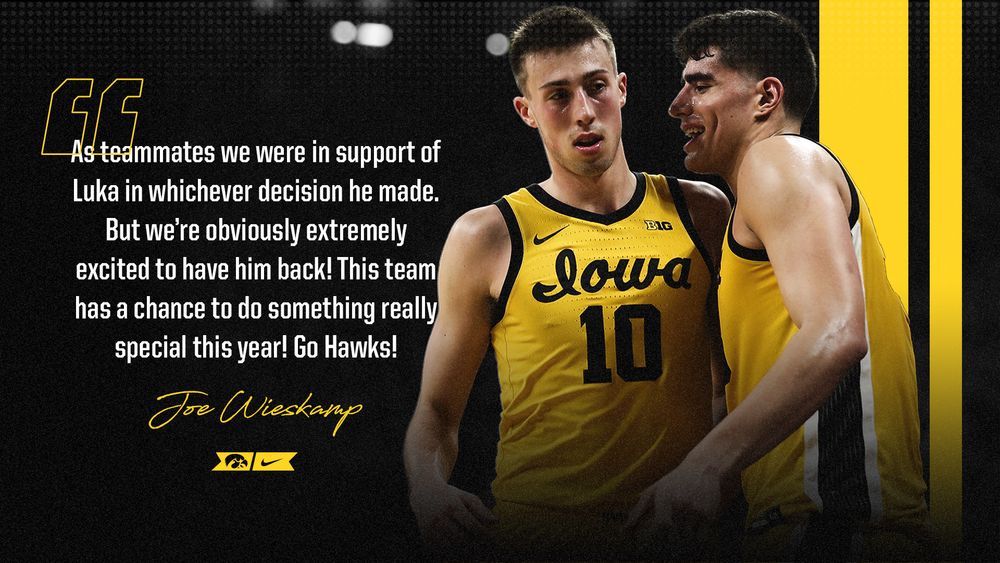 Luka Garza announced he will return for his senior year with @IowaHoops! #Hawkeyes pic.twitter.com/nPMDI4tFr4

Exclusive: Naismith finalist @LukaG_55 tells @JonRothstein he will return to Iowa for his senior season.@IowaHoops is about to be a problem 👀 pic.twitter.com/ldidXgBHMV

Luka Garza tells me why he decided to come back to Iowa: pic.twitter.com/yIj3n9ubQ2

"I love this place too much to leave it."@LukaG_55 joins @BTNRickPizzo to discuss his decision to return to @IowaHoops.

There is joy in Iowa City ! With Luka Garza back, it's time to believe in Iowa as a national title contender – via @ESPN App https://t.co/ys2xz68gLs

Iowa's Luka Garza will withdraw from the 2020 NBA Draft and return to school next season, he announced.

Iowa star Luka Garza has announced he is withdrawing from the NBA draft and returning to the Hawkeyes.

Garza will enter the season as the Wooden Award favorite and Iowa could be a preseason top-five team.

What Luka Garza of @IowaHoops announced Sunday has only happened five times in the last 40 years of college basketball. So, yeah, him exiting the @NBA draft was a big deal. https://t.co/M5zIjZzvJA

Garza is coming back!

Luka Garza, preseason @B1GMBBall/possibly @NaismithTrophy player of the year favorite, announces on @IowaHoops zoom he will return for senior season. Credits coach Fran McCaffery for everything he has done for him.Says he wants to finish career at Iowa, win BIG/national title.

BREAKING: Iowa star Luka Garza tells @Stadium he will withdraw from the NBA Draft and return to the Hawkeyes for his senior season.

Luka Garza, the reigning Big Ten Player of the Year, is withdrawing from the NBA Draft and returning to Iowa. The 6-10 senior is now the clear favorite for National Player of the Year honors. Iowa should be a preseason top-10 team. 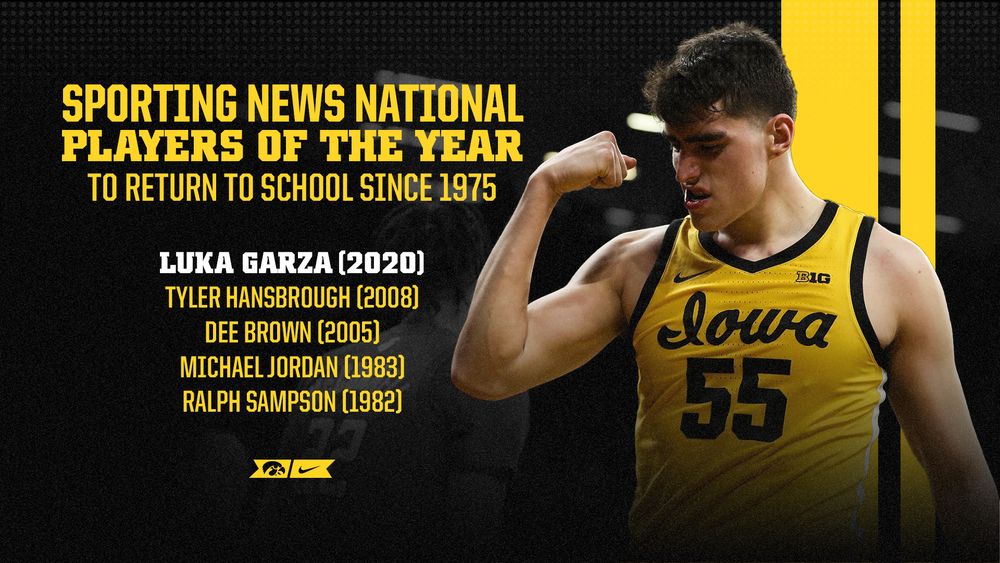 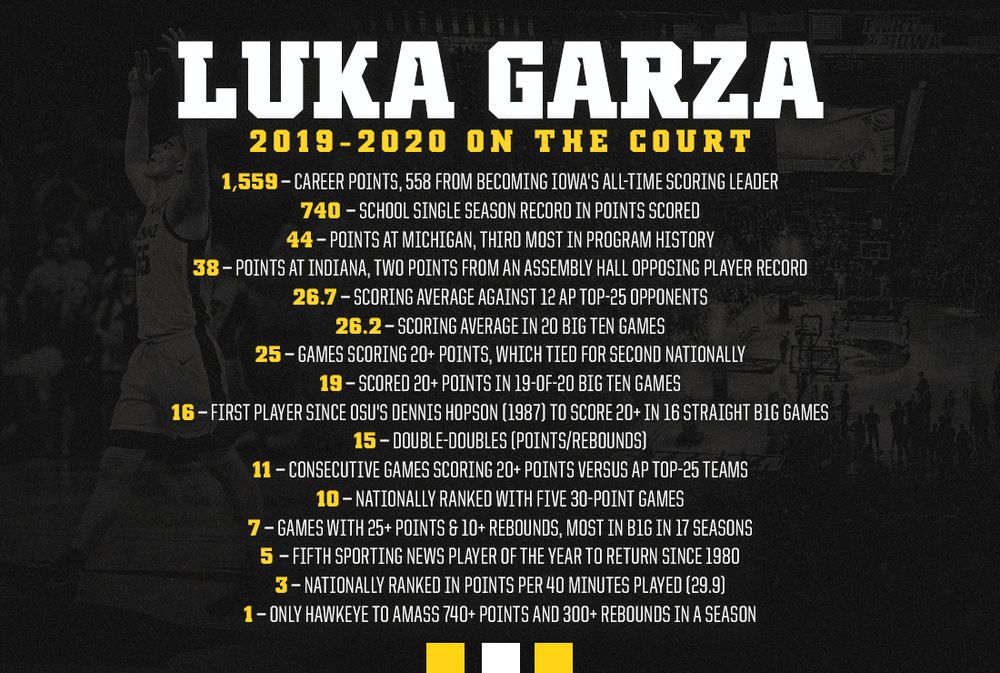 Luka Garza is headed back to Iowa. He DOMINATED last season for the Hawkeyes.