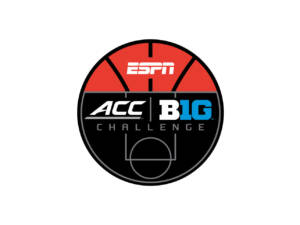 The Hawkeyes have won five of their last seven Challenge games, including a 2014 victory over the Tar Heels (60-55) in Chapel Hill, North Carolina. Iowa will enter this highly anticipated match-up having won three straight Challenge home games: Notre Dame (2013), Florida State (2015), and Pitt (2018).

“We’re excited to add North Carolina to our schedule,” said Iowa head coach Fran McCaffery. “North Carolina is extremely well-coached with a skilled roster that will provide a challenge to our team. This will be an exciting matchup early in the season for college basketball fans.”

Game times and television information will be announced at a later date. ESPN, ESPN2 and ESPNU will combine to televise all 14 games of the two-day event matching top college basketball programs playing for conference supremacy and the Commissioners Cup.

Iowa is coming off a 20-11 season and a fifth-place conference finish with a mark of 11-9. The Hawkeyes have seven players returning with starting experience, including consensus All-American center Luka Garza, and upperclassmen all-conference honorees Jordan Bohannon and Joe Wieskamp. Additionally, Iowa returns Connor McCaffery, who led all Division I players in assist-to-turnover ratio a year ago.

In addition to North Carolina, the Hawkeyes are scheduled to face Gonzaga on Dec. 19, in Sioux Falls, South Dakota. Iowa’s remaining 2020-21 schedule will be announced at a later date.

The 2020-21 Challenge schedule is listed below: