IOWA CITY, Iowa — Tomorrow is Friday the 13th and tomorrow is the University of Iowa football team’s first trophy game of the season. Superstitious or not, Iowa will be looking to keep Floyd of Rosedale home for a school-record sixth straight year.

Standing in the Hawkeyes’ way is Minnesota (1-2) and its high-powered offense. The Gophers boast an experienced quarterback, one of the nation’s best wide receivers, and the reigning Big Ten Offensive Player of the Week.

“From a defensive standpoint, we have a lot of respect from what they do offensively,” said assistant defensive coordinator and linebackers coach Seth Wallace. “We have our hands full. We understand and respect that. The guys have to continue to prepare. That preparation is ongoing all the way up until 6:05 Friday night.”

Iowa’s fourth game of the season will be another opportunity for the defense — one that leads the Big Ten with eight takeaways — to prove the progress it continues to make week-in and week-out.

“You’re seeing the collective effort between all three levels – defensive line, linebackers and secondary,” Wallace said. “You start to see that come together. There has been a couple of missing pieces and we’ve been able to work through from a linebackers’ standpoint.”

Iowa was without sophomore Seth Benson in the season opener and sophomore Jack Campbell has yet to make his season debut. An overall youthfulness at the linebacker position hasn’t slowed down Iowa’s defensive prowess.

Wallace credits the group’s leadership and the way they go about practice. He points to the eldest of the bunch – seniors Nick Niemann and Barrington Wade.

Niemann moving inside has helped solidify him as a leader for his position group on and off the field.

“He’s a vocal leader,” Wallace said. “The big thing with him is that he has played two different positions for us. What you’re seeing is better football each week because it’s not a position he has been with all that long.” 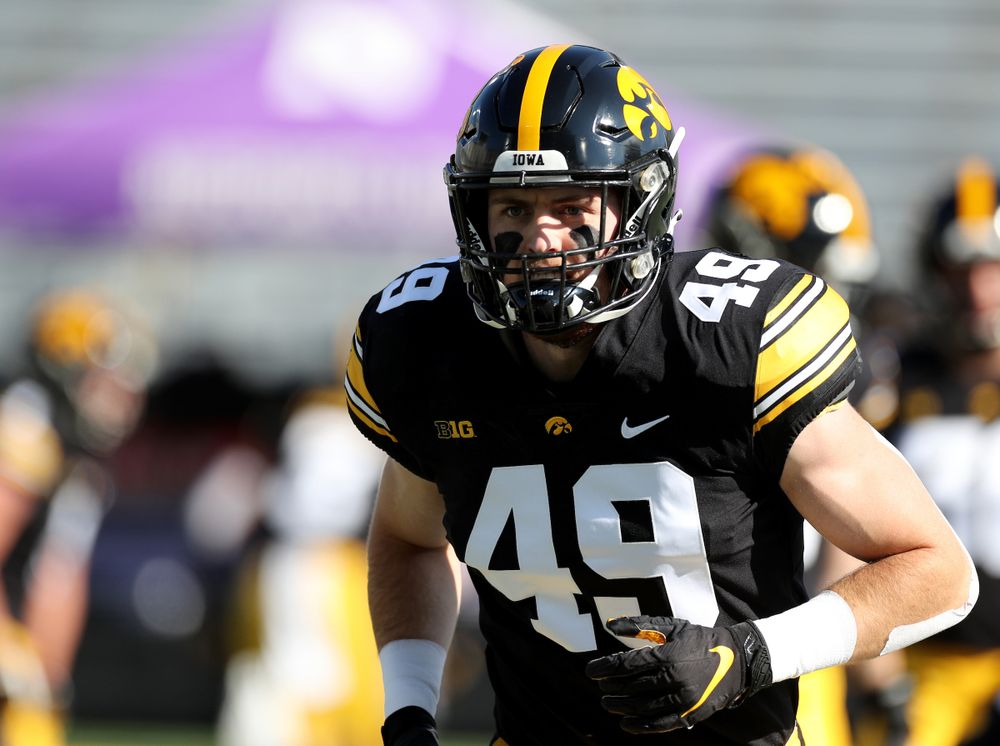 Like the year 2020, Hawkeye linebackers have changed and stepped up on a week-to-week basis. Wade’s two interceptions in three games is tied for the team lead, Benson has led the team in tackles the past two weeks, and even redshirt freshman Jestin Jacobs, stepped up and started his first career game at Purdue.

With Campbell likely returning in some capacity in Minneapolis, he could be next in line to step up.

“We’ve started to iron things out and getting him back is going to solidify some of that depth,” Wallace said. “I look forward to seeing him out there Friday night.”

Iowa and Minnesota will battle for Floyd of Rosedale on Friday at 6:05 p.m. (CT) at TCF Bank Stadium. The game will be televised nationally on FS1.