IOWA CITY, Iowa – The University of Iowa soccer team has signed four prep student-athletes who will join the program in the fall of 2021, it was announced Wednesday by head coach Dave DiIanni.

“We’re excited to welcome this class to our program,” said DiIanni. “All three of the field players are from the State of Iowa, which is exciting, and Blythe is an athletic goalkeeper that will be a great addition to that position group.”

Three of the four players are native Iowans, while the fourth hails from Illinois. The group consists of one goalkeeper, two forwards, and one midfielder. 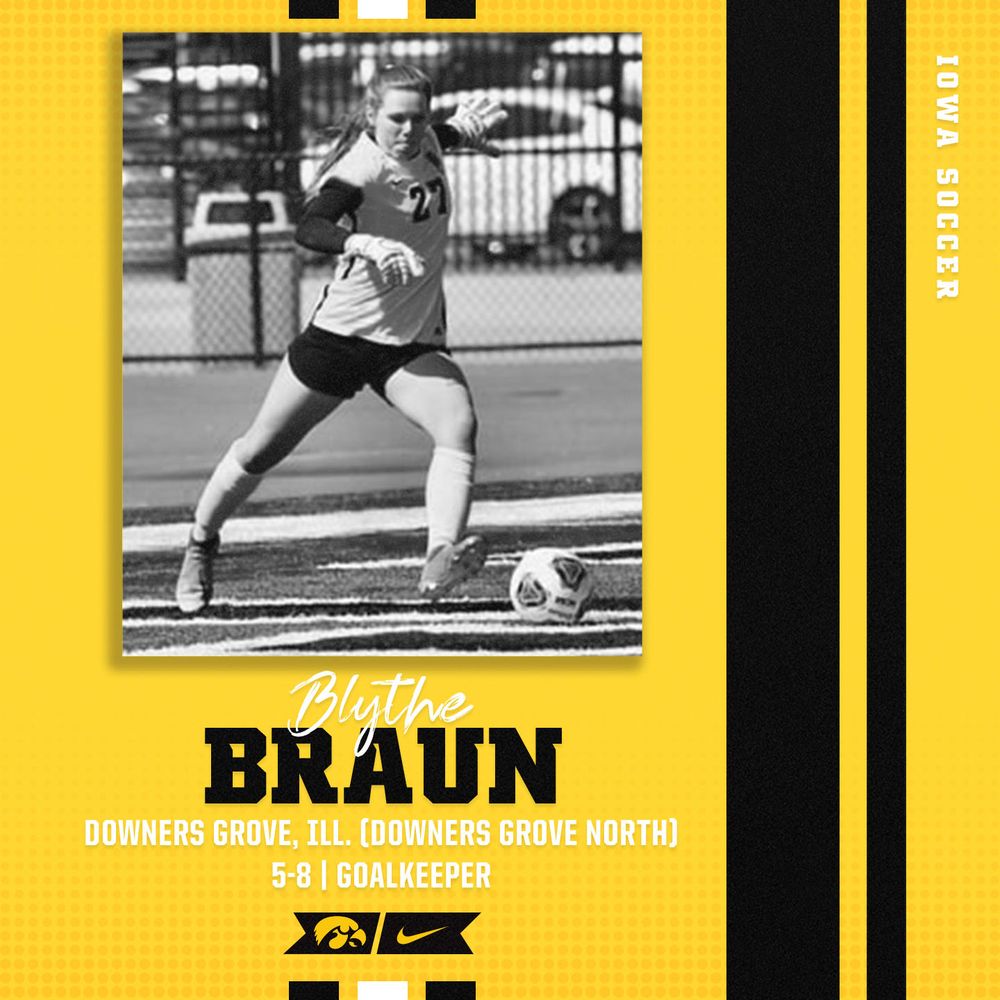 Why Iowa?
“Hawkeye Nation represents everything I want in a college. My decision was clear after meeting the coaching staff and realizing they would push me to achieve my goals and set new ones.”

Associate head coach/goalkeeper coach Blair Quinn on Braun
“We saw Blythe at our ID camp and were immediately impressed with her fearlessness. She has a great presence in goal, a big personality, and tremendous potential. We are looking forward to her joining us and strengthening a very good goalkeeping corp.” 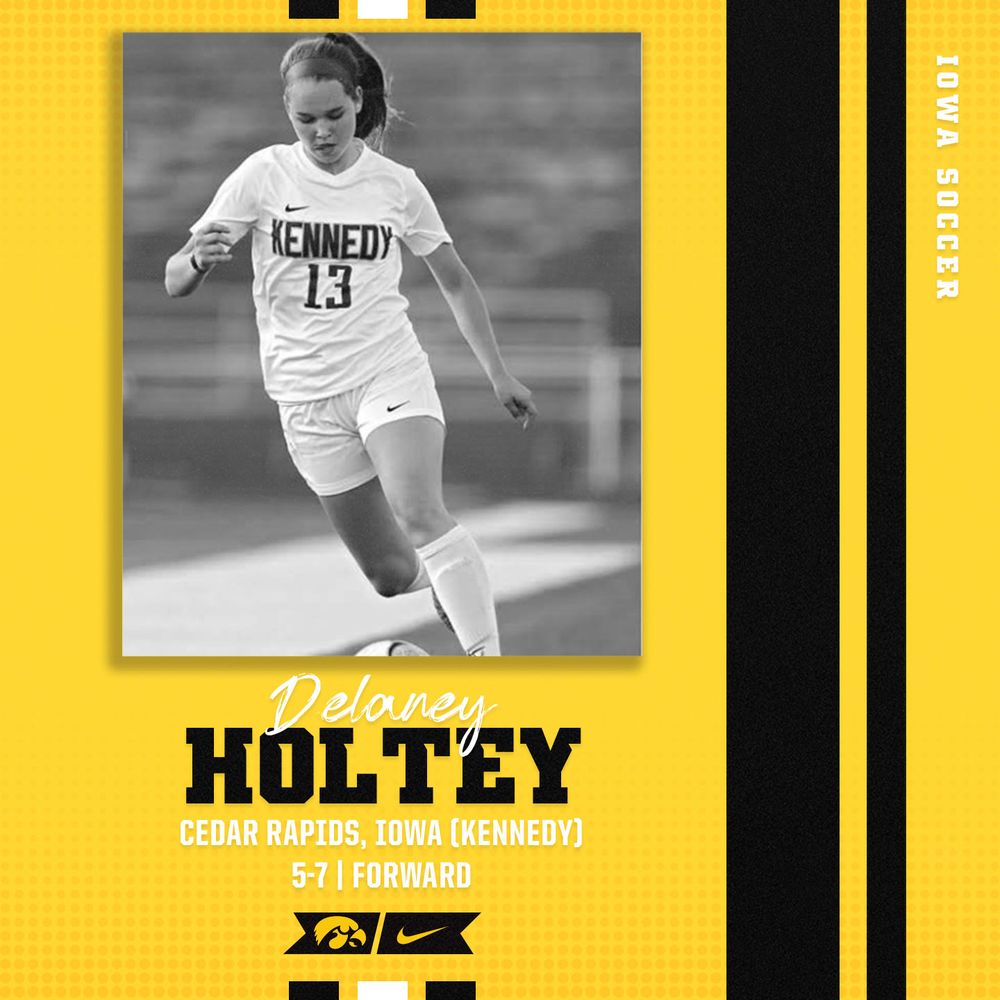 High School – Earned All-Mississippi Valley Conference second-team, Class 3A East second-team all-district, and All-Metro second-team honors as a freshman… scored 11 goals and had six assists in leading team to an 11-3 record as a freshman… had two goals and three assists as a sophomore… played for the Heartland Soccer Club from 2009-13, F.C. United from 2013-19, and Iowa Rush from 2019-21… three-time Academic Athlete Award recipient… National Honor Society… scored in 90th percentile and above on Iowa assessment tests… high school coaches were Homer Screws and Annie Feltes… club coaches were Bill Ajram (F.C. United) and Daryl Brazeau (Iowa Rush).

Why Iowa?
“I chose to attend the University of Iowa because the campus feels like home and the coaching staff pushes me to become better on and off the field.”

Coach DiIanni on Holtey
“Delaney is a back to goal forward who has the ability to learn an attacking mid position facing goal. She will be adding to the depth of our program at those positions.” 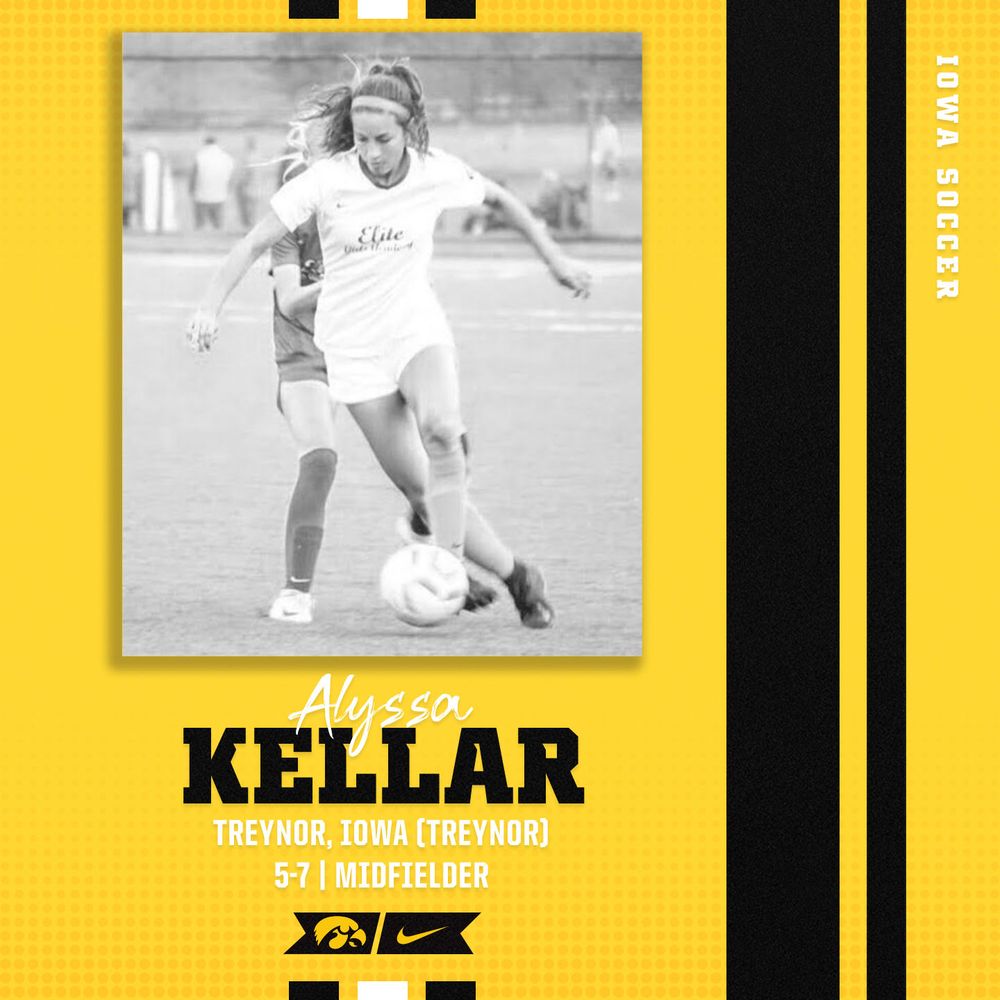 Why Iowa?
“I chose the University of Iowa because the first time I visited the campus and athletic facilities, it felt like home. Along with receiving a great education, the opportunity to play Big Ten soccer in my home state with a great coaching staff was something I couldn’t pass up.”

Coach DiIanni on Kellar
“Alyssa is a dynamic, two-footed center midfielder who has a knack of creating opportunities for herself and her teammates in the final third. She’s driven to succeed and compete and that comes out in her success as a three-sport athlete.” 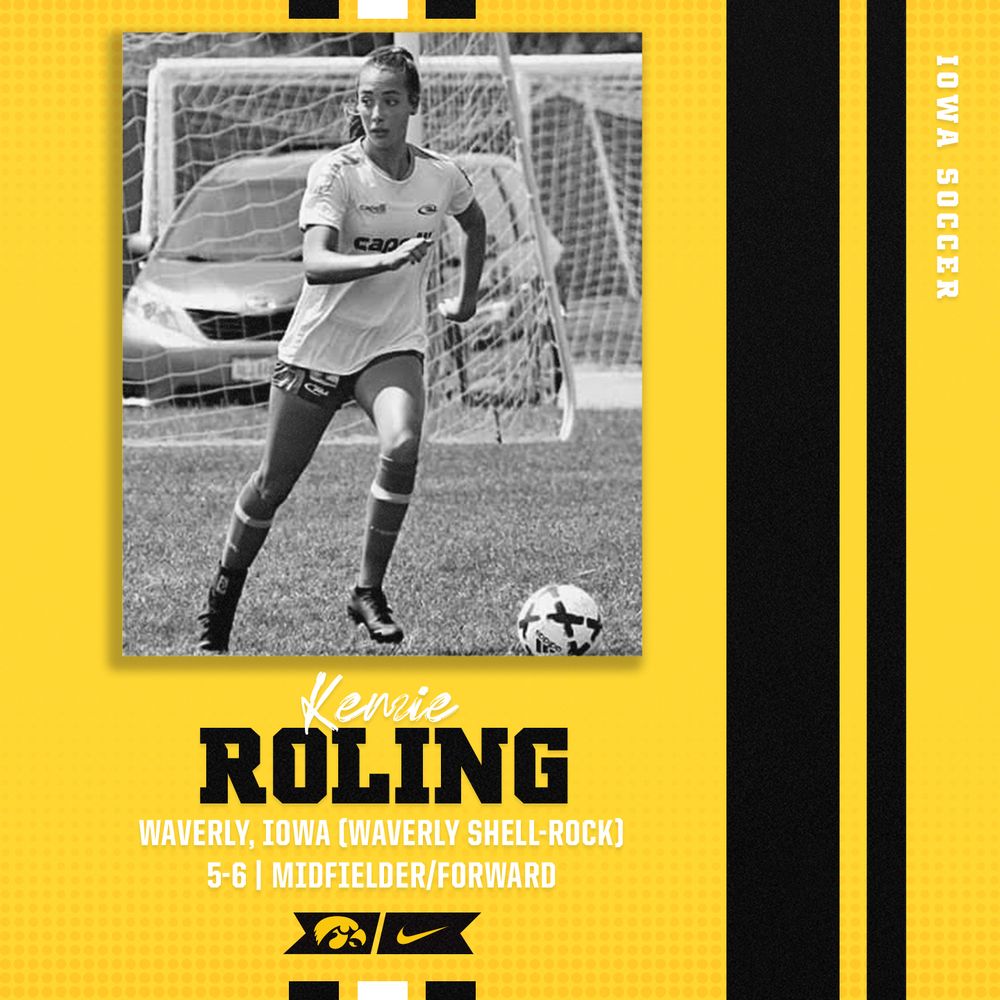 Why Iowa?
“I knew from a young age that I loved soccer and wanted to play in college. The University of Iowa was always a school that I dreamed of playing for. After many years of searching for the perfect school, I circled back to Iowa. I could not stay away from the urban campus, homey atmosphere, coaching staff, and the team culture. The core values and constant support creates a team environment that intrigued me from the beginning. I am beyond excited to not only be a Hawkeye, but play soccer as one.”

Coach DiIanni on Roling
“Kenzie is a player who has improved so much since she committed to the University of Iowa. You hope that a commitment to a school only creates a new fire to burn and get better. She has the ability to play in the front line and as a midfielder in the attacking position. As a senior, she has turned into a consistent goal scorer for her club and high school teams.”