CHAMPAIGN, Ill. – It’s not how you start, it’s how you finish.

The 19th-ranked University of Iowa football team scored 35 straight points, rallying from a 14-0 second-quarter deficit to down Illinois, 35-21, on Saturday afternoon at Memorial Stadium. It is the Hawkeyes’ fifth straight win this season and the seventh consecutive victory over the Illini.

The Hawkeyes’ defense gave up 148 yards and two touchdowns on the Illini’s first three possessions before buckling down. Iowa forced three consecutive three-and-outs (and didn’t allow another yard) in the first half and it forced six straight punts in the second and third quarters.

Illinois gained 348 total yards for the game with 205 coming over the final three quarters. The Illini had 138 yards over their final two drives.

After a slow start, sophomore Spencer Petras had his best game as a Hawkeye. He finished 18-of-28 for 220 yards and a career-high three touchdowns and he guided the Iowa offense to 424 total yards.

“It was a slow start, we all felt it, I felt it, missing some throws,” said Petras. “It started with the run game, we were able to run the ball well.  That one series we started going and the rest offensively, we were good from there on.  I need to get into a rhythm faster and get it going.”

Petras spread the ball to six different receivers with three having four or more catches. Senior Brandon Smith made five receptions for 58 yards, while Sam LaPorta and Ihmir Smith-Marsette had four receptions for 57 and 32 yards, respectively. LaPorta, Smith-Marsette, and senior Shaun Beyer had touchdown receptions.

Iowa’s rushing attack churned out 204 yards, helping the Hawkeyes pick up 22 first downs. Sophomore Tyler Goodson had 19 rushes for 92 yards and senior Mekhi Sargent carried the ball 10 times for 54 yards. The wide receivers combined for 65 yards on three carries and a touchdown on jet-sweep action.

Seniors Nick Niemann and Chauncey Golston had eight tackles apiece to lead the defense and Golston had half a sack and half a tackle for loss. Iowa finished with four tackles for loss in the game, including 1 1/2 from junior Daviyon Nixon, who entered the game leading the Big Ten with 11 1/2 tackles for loss. 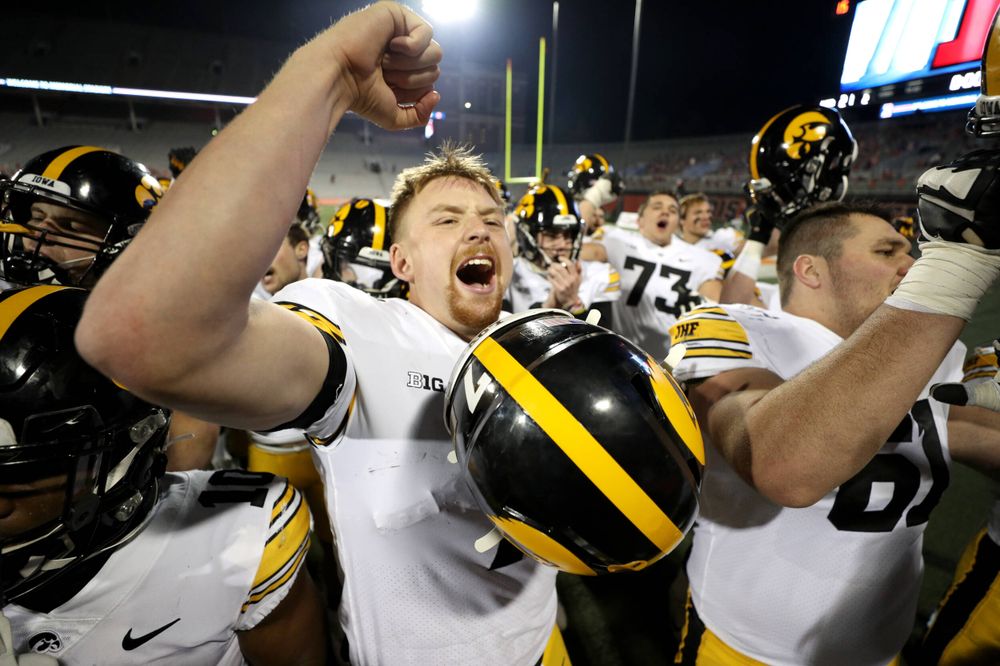 “How you start is not as important as how you finish. I am proud of our guys for how they handled today’s game and the adversity we faced in the first 17, 20 minutes.  It was rough there for awhile.  We knew coming in road games are tough and Illinois has been playing good football, two straight wins, and looked good last time out, so we had a lot of respect for them.  It’s great to leave here with a victory, our fifth straight victory and Big Ten win.

“We knew it was going to be hard and a challenge, but we tried to encourage our guys going back five weeks to take it one step at a time. Let’s not get over our skis, let’s try to focus on what’s in front of us and see what we can do. I am proud of the way our guys have worked and responded out on the field. I think they’re having fun playing and we’re thankful to get the win today. It makes the ride home easier.” 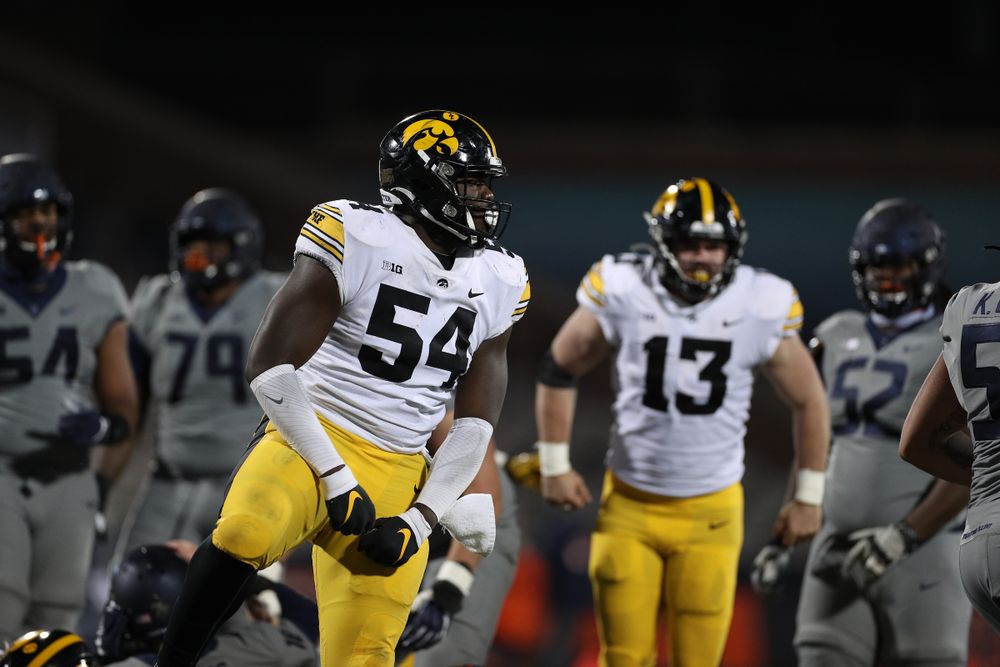 Up Next
The Hawkeyes host Wisconsin on Saturday, Dec. 12 at Kinnick Stadium. Kick time and TV information has not been announced.