Ready for the (ACC/B1G) Challenge

IOWA CITY, Iowa – Tuesday’s game against No. 16 North Carolina in the ACC/Big Ten Challenge is the type of game the third-ranked University of Iowa men’s basketball team covets.

It’s the Hawkeyes’ first true test of the 2020-21 season and a chance for the team to showcase itself on a national stage.

“We know this is an opportunity to show people what we’re about and it goes both ways,” said All-America center Luka Garza. “They’re looking at it like this as well. We’re focusing on winning every day, improving, and putting our best foot forward tomorrow.”

The Hawkeyes are 3-0 after cruising to victories over NC Central, Southern, and Western Illinois, the Tar Heels, and their rich history, will be a different animal.

North Carolina, who is making its first trip to Iowa City in 31 years, is 3-1 on the season after opening the year with victories over College of Charleston, UNLV, and Stanford. No. 17 Texas handed North Carolina its lone loss with a last-second shot in the championship game of the Maui Invitational last week. 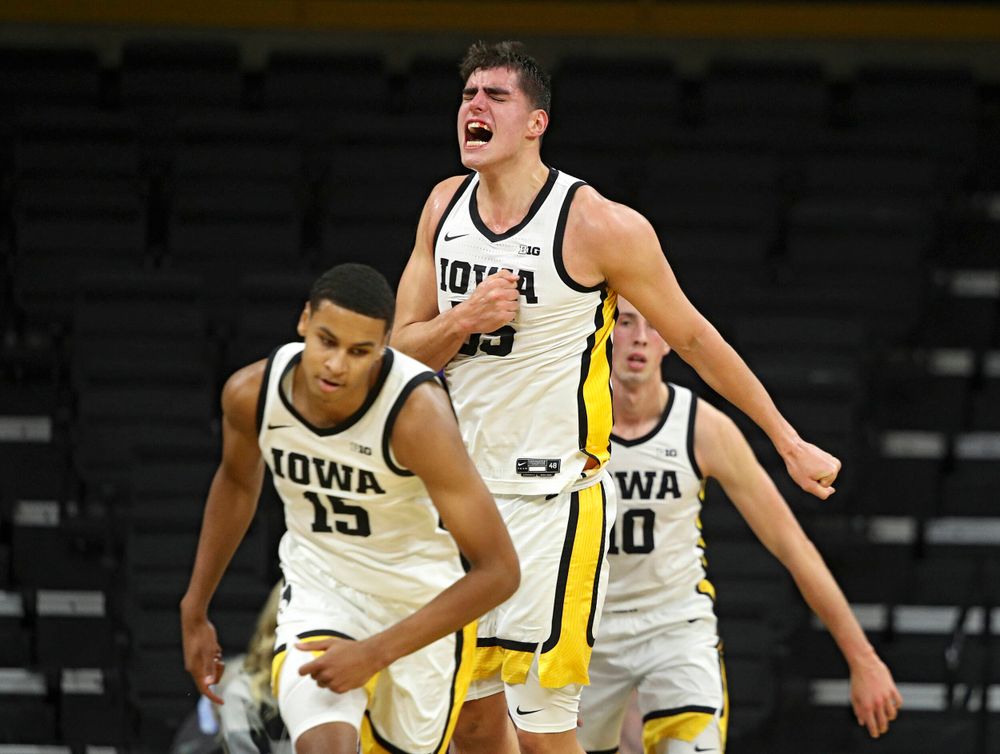 As teams attempt to neutralize Garza, that will give other Hawkeyes more opportunities.

“Going forward, we know Luka is going to be a high mark on scouting reports,” said Fredrick. “We have a lot of guys that can play. We will take shots when they’re there.”

“We’re all ready to shoot the ball and make plays for each other and ourselves,” said sophomore Joe Toussaint. “We prepare for this and are ready for it. We’re ready to step up to the challenge.”

North Carolina head coach Roy Williams has been impressed with the Hawkeyes leading into Tuesday’s game.

“Watching them on tape and looking at their stats, this may be as difficult of a job as we have had on the road regardless of who it is or where it is,” said Williams. “They have seven guys that started for them last year and they were successful last year.

“They are a really good basketball team. I don’t care who they’re playing, they could play five of you (all the media members on the Zoom call) and I would still be worried about them because they’re freaking good.”

Tuesday’s game will tipoff at 6:35 p.m. (CT) from Mediacom Court. The game will be televised on ESPN with Jason Benetti and Jimmy Dykes on the call.