Keeping Cool is Key Against Rutgers

IOWA CITY, Iowa — It’s Big Ten competition from here until postseason and it continues Thursday for the University of Iowa women’s basketball team.

“We have 18 straight Big Ten games, then our conference tournament,” Bluder said. “I have been pleased with our effort and focus in practice. They are ready to play again.”

When the Rutgers-Iowa game tips off at 2 p.m. (CT), it will have been nine days since the Hawkeyes defeated Western Illinois, 92-65. Freshman Caitlin Clark is eager to return to action after posting a triple-double with 13 points, 13 rebounds and 10 assists against the Leathernecks. She shot an uncharacteristic 3 of 15 from the field.

“It has been two or three weeks and we have only played one game,” Clark said. “I’m excited to get out there and continue Big Ten play where you play good teams every night. We’ll be up for a challenge.”

Rutgers enters the game leading the Big Ten in defense, allowing 51.7 points per game. The Scarlet Knights have also seen an uptick in offense, sitting third in the Big Ten averaging 86 points a game. From Rutgers, the Hawkeyes will see more points and more 3-point field goals (7.7 per game). Last season, the Scarlet Knights averaged 64.1 points per game; their physical, suffocating defense remains a staple. 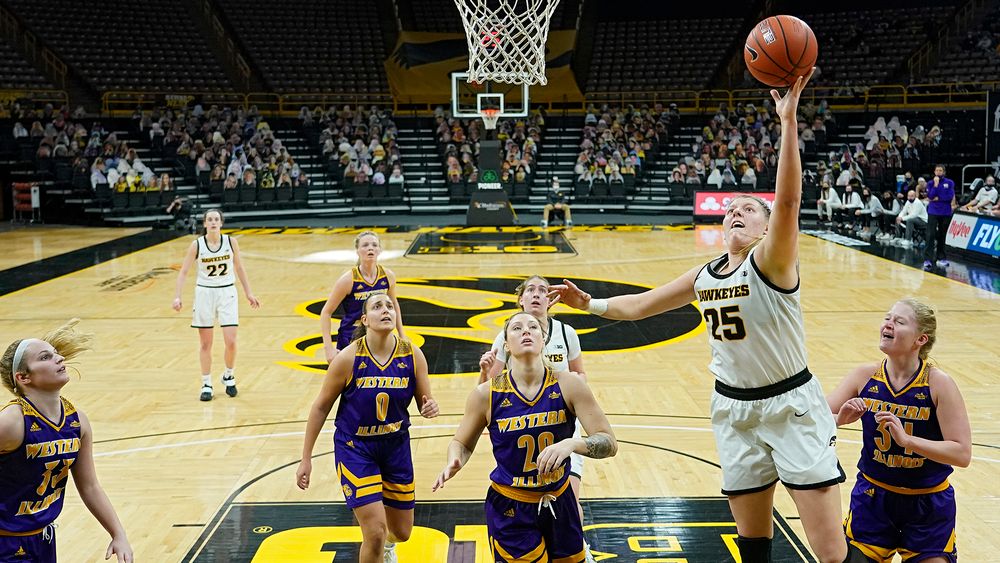 “Every night is a game, it’s a ball game and every night you have to be on your game,” Czinano said. “That’s what makes it exciting and fun. We get a better chance to show what we can do.”

Perhaps the biggest highlight from Iowa’s final nonconference tuneup was receiving 37 points off the bench, including 13 from Megan Meyer and 12 apiece from Logan Cook and Sharon Goodman.

“I’m happy for those players who had great games against Western Illinois and we want to keep seeing it move forward,” Bluder said.

Sophomore McKenna Warnock, a starter who missed the last game with an ankle injury, has been practicing and is expected to return to the starting lineup Thursday.

Iowa leads the all-time series against Rutgers, 8-3, and won seven straight when the Scarlet Knights joined the Big Ten in 2014. Last season Rutgers won 78-74 in overtime, a game where Gabbie Marshall came off the bench for the Hawkeyes and made 6 of 10 3-point field goals to finish with 22 points.