IOWA CITY, Iowa — It was a silent first half for Jordan Bohannon the last time Indiana visited Carver-Hawkeye Arena on Feb. 22, 2019. In 13 minutes, he was 0 for 3 from the field with a rebound.

What happened in the next 5:28 made Iowa’s 76-70 overtime victory one of the highlights among many highlights in Bohannon’s career. With 28 seconds remaining in regulation, he took a pass from Connor McCaffery and made a game-tying 3-point field goal. His defensive rebound with three seconds left sent the game to overtime tied at 63.

In overtime, Bohannon outscored the Hoosiers by himself, 9-7, making three 3-point field goals in the final three minutes.

“That for sure was probably the most fun I have had in a game,” Bohannon said. “In the first half I didn’t score at all, the second half I was really quiet and then what I normally did my junior year, I got the ball in the right spots and started hitting shots late in the game. In overtime I started to take over a little more. I had confidence at the end of the game — that will rank up there as one of the top performances I have had at Iowa.” 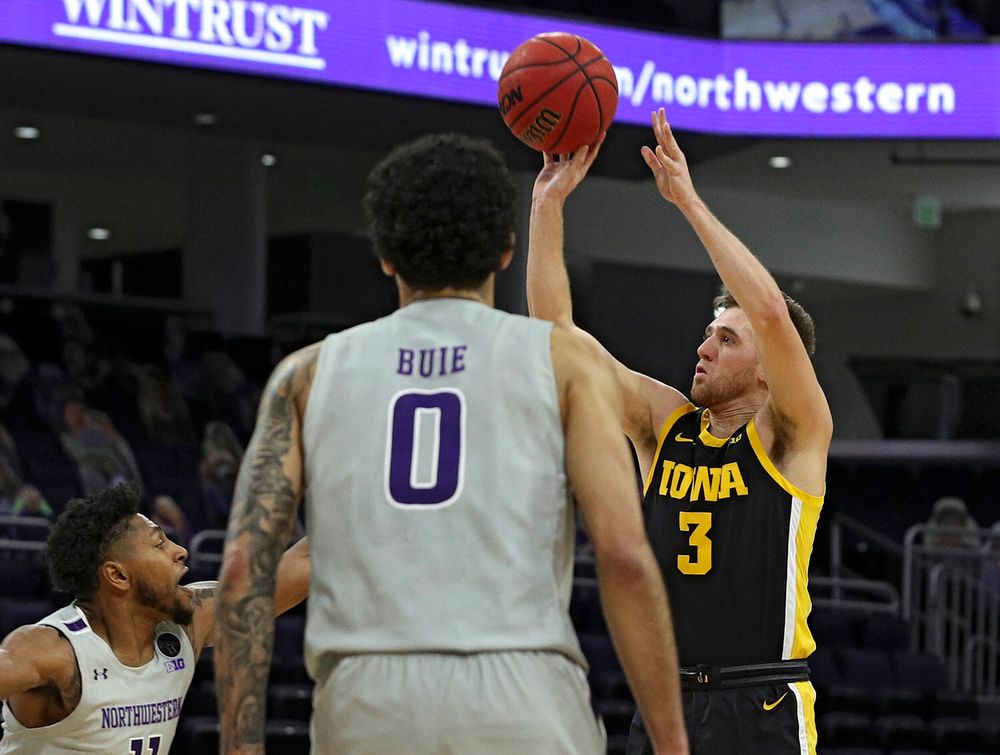 "In overtime I started to take over a little more. I had confidence at the end of the game — that will rank up there as one of the top performances I have had at Iowa.”

Aside from National Player of the Year favorite Luka Garza, no Hawkeye has been more productive than Bohannon during a five-game winning streak that began with an 87-72 victory over Northwestern on Dec. 29. Bohannon scored 24 points and made six 3-pointers in that game.

Iowa head coach Fran McCaffery said Bohannon’s complete skillset has been on display during victories over Northwestern (twice), Rutgers, Maryland and Minnesota. Northwestern, Rutgers and Minnesota were in the top 20 at the time.

In the last five games Bohannon leads the team in minutes (32.4), 3-point field goals (22) and assists (29). He is averaging 17 points per game and is shooting 63 percent from the field and 90 percent from the line. McCaffery is especially fond of Bohannon’s floor game.

“We have been able to take advantage of the fact that he doesn’t always have to have the ball,” McCaffery said. “We have other folks who can handle it and move it around a little bit. Even then he is finding people.”

The 6-foot-1, 175-pound guard from Marion, Iowa, is tops in school history with 323 3-point field goals and 18th with 1,457 points. With 572 career assists, he is four from passing Andre Woolridge for second all-time.

“No shooting sleeve, continuing not to wear it,” he said with a grin. “I think that will help me out the most.”