EVANSTON, Ill. – Freshman Alyssa Graves won the 1,000 freestyle to highlight the University of Iowa swimming and diving team’s day one of its tri-meet against Northwestern and Penn State at the Norris Aquatics Center.

GRAVES AT IT AGAIN
Graves burst onto the scene with an impressive time of 9:55.59 last week at the season opener against Nebraska, swimming the second- fastest women’s 1,000 freestyle in school history. She just did it again Friday, trimming more than seven seconds off her time to touch in 9:48.33 to win the event.

A TIE FOR THE HAWKEYES
In the first event of the day the women’s 200-yard medley relay of sophomore Julia Koluch, sophomore Alexsandra Olesiak, senior Kelsey Drake, junior Lauren McDougall tied for fourth in 1:42.12.  The time swam is a half second improvement from last week against Nebraska. 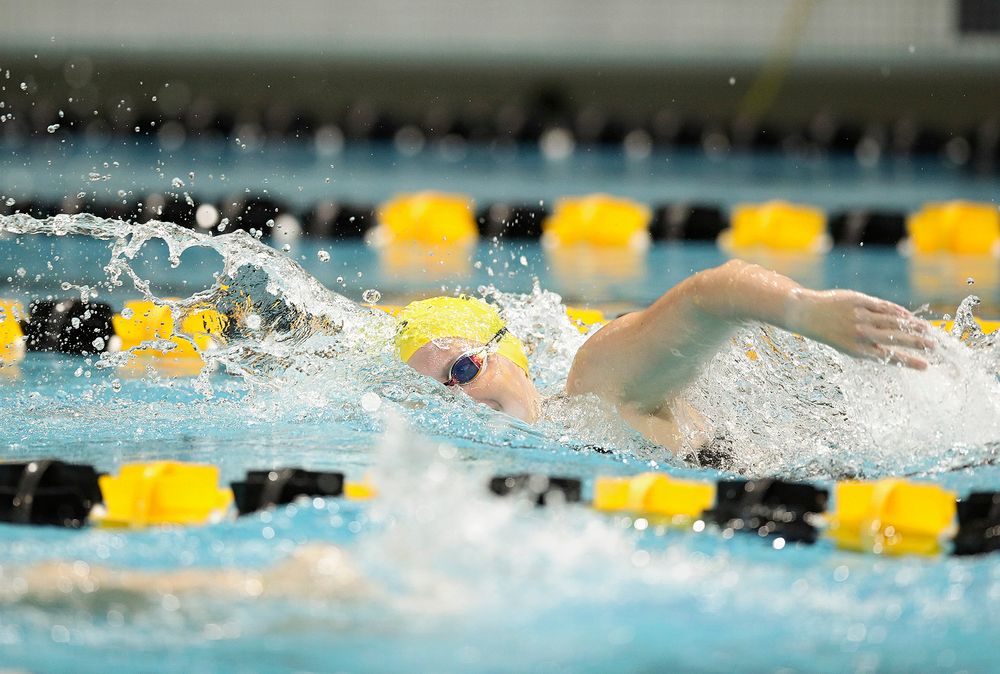 STRONG START FROM THE MEN
The men started out big with a second and third place finish in the 200-yard medley relay with the relay of junior Anze Fers Erzen, sophomore Will Myhre, sophomore Sergey Kuznetsov, and junior Aleksey Tarasenko swimming a time of 1:26.63. The third-place relay of sophomore Ryan Purdy, senior Daniel Swanepoel, freshman Seth Miller, and freshman Drew Hawthorne posted a 1:28.45 to place third.