INDIANAPOLIS — University of Iowa senior Luka Garza was one five student-athletes voted to the Big Ten Men’s Basketball All-Tournament Team. The announcement was made Sunday evening by the Big Ten Conference following the tournament championship game.

Garza is the first Hawkeye since Jeff Horner and Greg Brunner in 2006 to be voted to the Big Ten Men’s Basketball All-Tournament Team.

Garza averaged 22.5 points, 10.5 rebounds, 2.5 blocks, 2.5 assists, and two steals in two games. The native of Washington, D.C., posted game bests in scoring (24), rebounds (9), and blocks (4) in Iowa’s quarterfinals victory over Wisconsin on Friday. He grabbed a game-best 12 rebounds and a team-best 21 points and three steals against third-ranked Illinois in the semifinals on Saturday.

No. 2 seed Iowa (21-8) will face 15th-seed Grand Canyon (17-6) in the first round of the NCAA Tournament in Indianapolis on Saturday (time and television TBD). 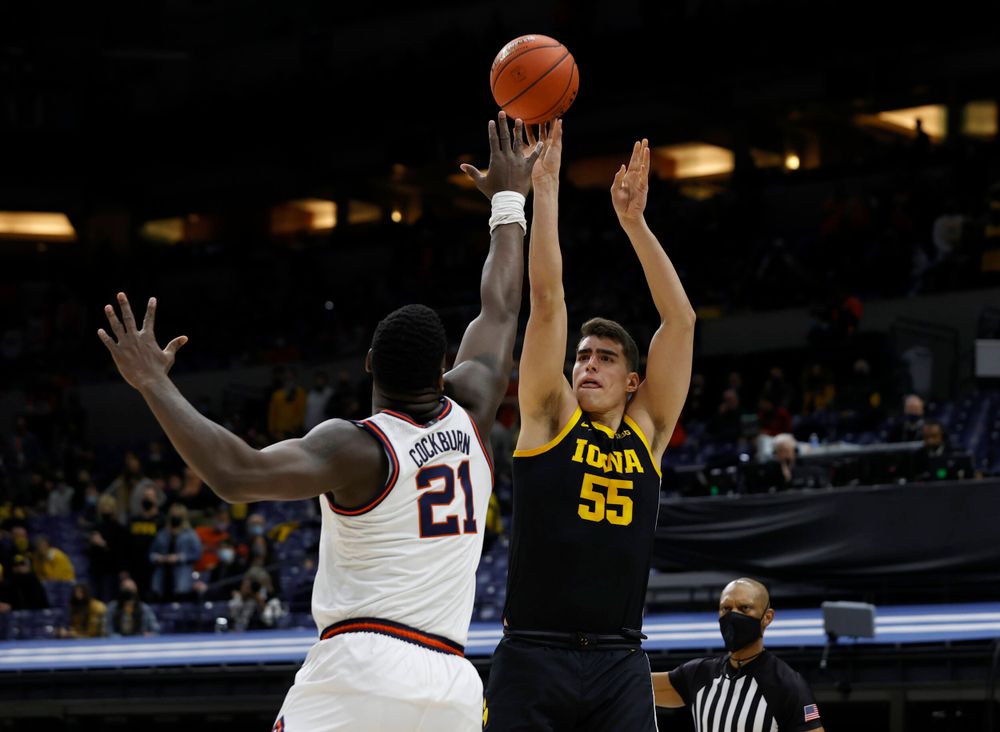