Garza was also named one of three finalists for the USBWA’s Oscar Robertson Trophy, which is awarded annually to the top collegiate basketball player. 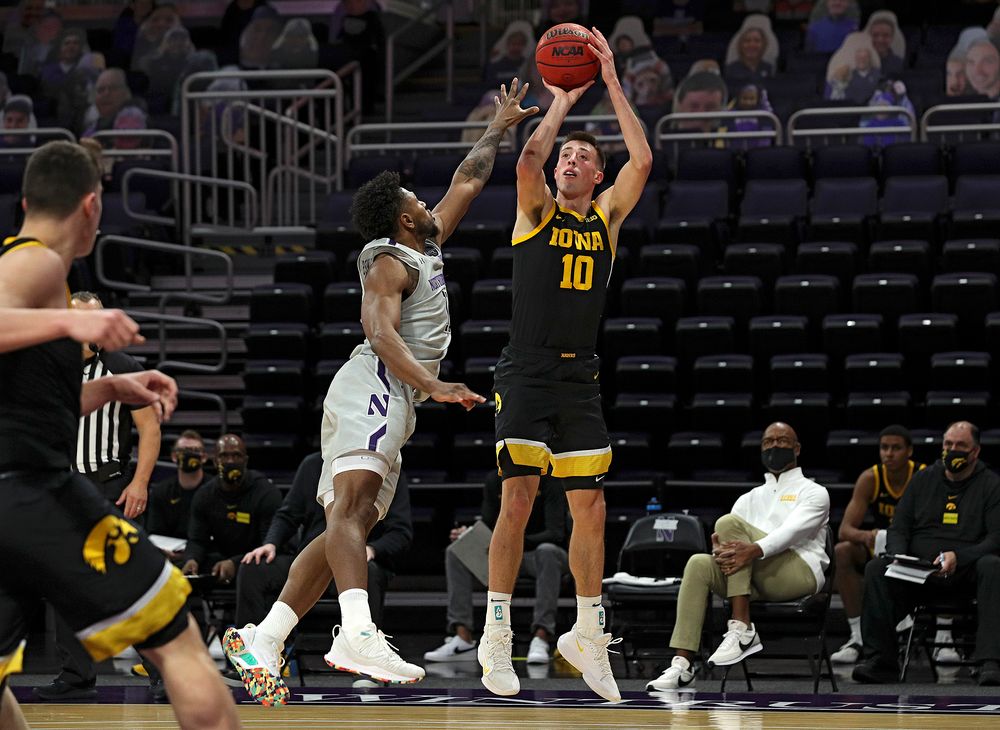 Wieskamp (6-foot-6, 212 pounds) ranks second on the team in points per game (14.7) and rebounds per contest (6.6). The Muscatine, Iowa, native ranks third in the Big Ten in 3-pointers made per game (2.38) and 10th in defensive rebounds per game (5.38). He led all players in 3-point accuracy, making 49.5 percent of his attempts (51-of-103) in Big Ten play. Wieskamp, who was a second-team all-conference honoree this season, has scored in double figures 25 times this season, including netting 20 or more points five times. He has made a season-high five 3-pointers six times this season, the most by a major conference player in 2020-21.