Super Seniors Return to the Scene

IOWA CITY, Iowa — On March 13, 2020, the Big Ten Conference announced that along with the 2020 Men’s Basketball Tournament, “it will be canceling all conference and non-conference competitions through the end of the academic year, including spring sports.”

That news ended the season for all and seemingly looked like it could end the careers of Iowa’s 2020 seniors. Fortunately, for the graduating class at the University of Iowa, the NCAA, Big Ten Conference, and UI administration extended the “competition clock” of those who would have otherwise exhausted their eligibility.

What does that mean? It means the indoor men’s Big Ten champion, and a Hawkeye women’s team that placed third at the 2021 conference meet will be even stronger when the 2021 outdoor season begins Friday, March 26.

The Hawkeyes have 17 seniors on the roster who were not allowed to complete their outdoor eligibility last spring. The group includes one national champion, 15 All-America performances, four school-record holders, and 31 Big Ten Championship medals. 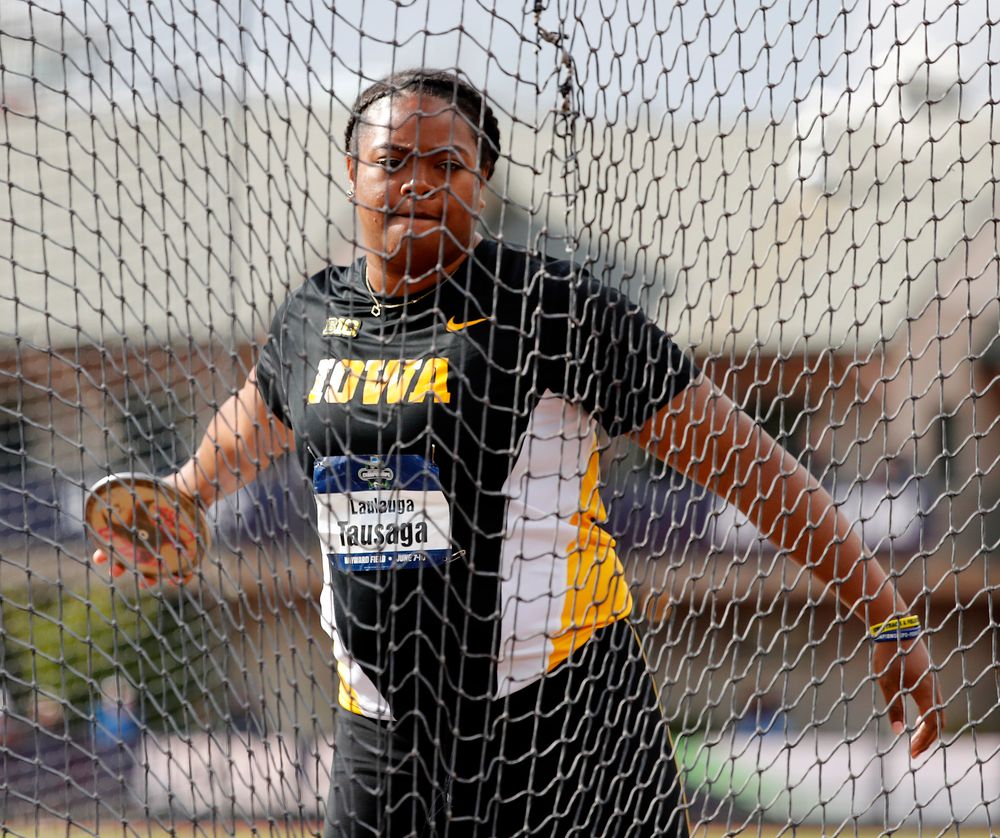 “Being back at Iowa is special. I will be able to put a cherry on top of a historic collegiate career. It’s the last time for me to make a lasting impression as a Hawkeye.”

“Being back at Iowa is special. I will be able to put a cherry on top of a historic collegiate career. It’s the last time for me to make a lasting impression as a Hawkeye,” Tausaga said.

Nathan Mylenek is the school record holder in the 3,000-meter steeple chase with a time of 8:38.53. At the 2019 NCAA Outdoor National Championships, Mylenek received second team All-America honors with his ninth place finish. Mylenek has recorded two Big Ten medals in the steeplechase and one in the distance medley relay.

Jenny Kimbro holds the school record in the pentathlon and heptathlon with scores of 4,269 and 5,679. Kimbro also sits on the all-time top 10 of the indoor and outdoor long jump, as well as the outdoor high jump. Kimbro is a five-time Big Ten medalist capturing gold at the 2019 Indoor Championships in the 60-meter hurdles and the 4×400 meter relay.

DeJuan Frye, Antonio Woodard, Ray Clark, and Jaylan McConico lead the sprint squad. Frye is a four-time All-American (two first-team, two second-team) in the 4×400 relay. Woodard holds two All-America honors in the outdoor 4×400 relay. Woodard is a part of the school record team of Lawrence, Jr., Harris, and Bartley that ran a 3:00.14 at the 2019 NCAA Outdoor National Championships. Clark qualified for the 2020 NCAA Indoor National Championships, receiving All-America honors. McConico is a two-time second team All-American in the indoor 60-meter hurdles and the outdoor 110 hurdles. Frye, Woodard, Clark and McConico hold 12 Big Ten medals among themselves.

“I was quite anxious while the NCAA was deliberating on granting us another year of eligibility. I needed to quickly figure some things out,” Woodard said. “Once there was confirmation, I gladly accepted the invitation. I had unfinished business to take care of individually and as a team. I wasn’t too pleased with my 2020 indoor season as I have extremely high expectations for myself.”

“I’m really thankful for the opportunity to come back. We were expecting some big things as a team heading into outdoors last year, so it’s really great that all of us seniors will be able to see things through and get the closure of a final outdoor season,” Saunders said. “Personally, I am really excited to compete. I had a lot of momentum coming out of indoors last year, and I feel stronger than I was at this time last year. I’m hoping for some big things.”

Iowa opens the 2021 outdoor season March 26-27 in Bloomington, Indiana. The outdoor season is limited to Big Ten schools. Iowa has eight outdoor dates, including stops in Florida and Texas, before the Big Ten Outdoor Championships May 16-17 at Illinois. The NCAA First Round is May 27-29 at Texas A&M and the NCAA Championships is June 9-12 in Eugene, Oregon.