Iowa Hits The Road For 2 Matches

THIS WEEK:
The University of Iowa men’s tennis team hits the road for two matches. The Hawkeyes will face Penn State on Friday (3 p.m. CT) in University Park, Pennsylvania, then traveling to Columbus, Ohio, to challenge No. 16 Ohio State on Sunday (11 a.m. CT). 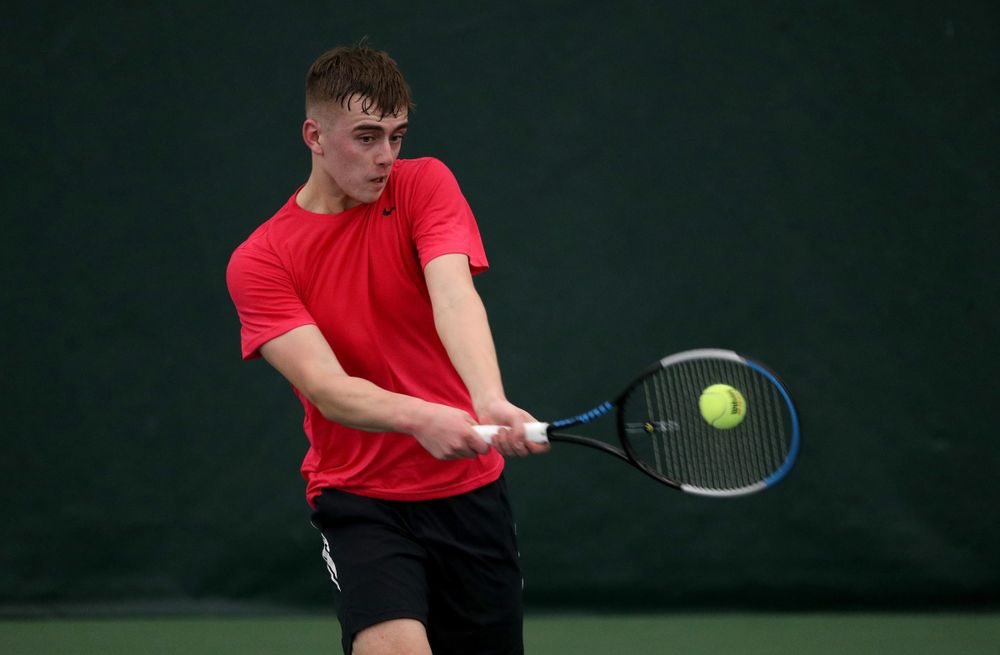 PENN STATE BREAKDOWN:
• The Nittany Lions are 3-6 overall, including 3-6 in Big Ten play. Penn State lost two matches last weekend on the road at Wisconsin (6-1) and at Minnesota (4-3).
• Penn State has 11 international student-athletes on its 16-player roster.
• Iowa is 13-21 all-time against Penn State. The Hawkeyes beat the Nittany Lions the last time the two teams met (4-3) on April 5, 2019, in Iowa City.

#16 OHIO STATE BREAKDOWN:
• The Buckeyes are 11-2 overall and 8-1 in conference play. Ohio State recorded a pair of 6-1 victories at Minnesota and at Wisconsin last weekend.
• Five Buckeyes are nationally ranked, led by No. 19 Cannon Kingsley. Robert Cash/John McNally are ranked No. 47 nationally in doubles.
• Iowa is 24-39 all-time against Ohio State. The nationally-ranked Buckeyes beat the Hawkeyes in the last meeting (4-1) on April 7, 2019, in Iowa City.

HAWKEYE NOTEABLES:
• The doubles team of Oliver Okonkwo and Will Davies are ranked a program-best No. 6 nationally in the latest ITA Rankings released on Wednesday, March 24. The Hawkeye duo are 8-2 this season on court one.
• Okonkwo and Davies are in their third season as doubles partners. The duo has bounced two ranked opponents this season and 10 in the last three years.