THIS WEEK
The eighth-ranked University of Iowa men’s gymnastics team will travel to Lincoln, Nebraska, to compete in the Big Ten Championships on Saturday at 7 p.m. (CT) inside Pinnacle Bank Arena. Approximately 5,000 fans will be allowed, and tickets are available via Huskers.com. 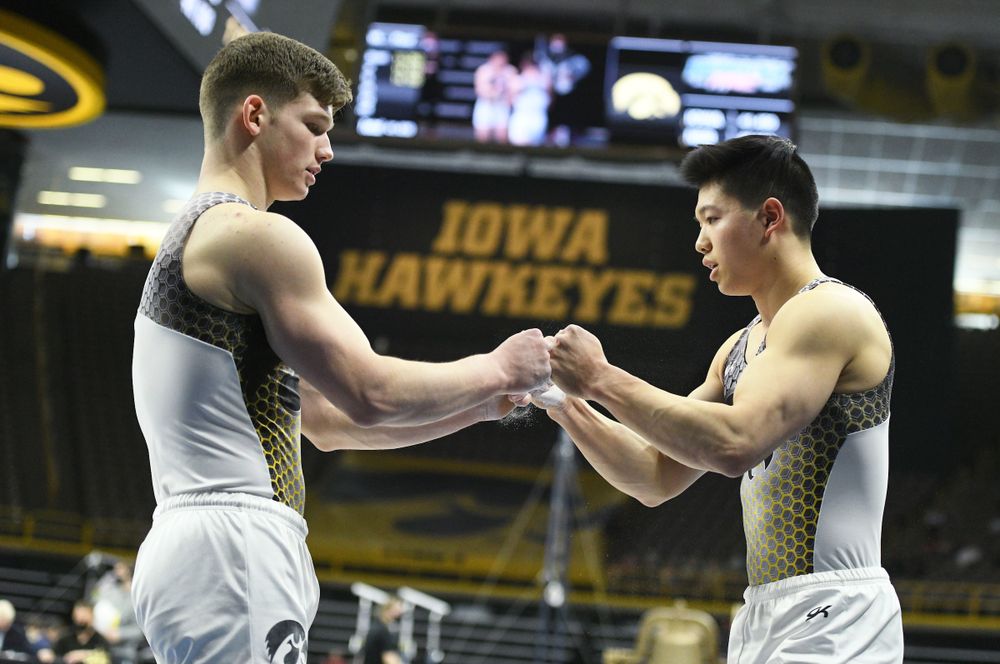 HAWKEYE NOTABLES
It was a total team effort as eight Hawkeyes scored career-bests on Senior Day:

ZAC TIDERMAN INJURY
Freshman Zac Tiderman’s season has come to an end after having a procedure to repair his meniscus. He was injured during warmups prior to the Hawkeyes’ home opener against No. 4 Illinois.

NEXT UP
The Hawkeyes will head to Minneapolis to compete in the NCAA Championships from April 16-17 inside Maturi Pavilion.