INDIANAPOLIS — University of Iowa senior Luka Garza is the recipient of the National Association of Basketball Coaches (NABC) Division I Player of the Year and the Pete Newell Big Man of the Year awards. The announcement was made on Friday morning by the NABC.

Garza will be presented the awards tonight on the NABC Guardians of the Game Awards Show at 6:30 p.m. (ET) on Stadium.

Garza adds the two awards to his already impressive collection from his senior campaign. He was voted the Senior CLASS Award winner earlier today, while he was awarded yesterday the Associated Press and Lute Olson Player of the Year, as well as winning with Oscar Robertson Trophy. Iowa’s first two-time unanimous consensus first-team All-American is also a finalist for the Naismith Trophy and Wooden Award.

DIVISION I PLAYER OF THE YEAR
•   Garza is the first Hawkeye to earn the NABC Division I Player of the Year award twice (2020, 2021) since it was introduced in 1975. He is the 10th player from a Big Ten institution overall, and sixth in 11 years, to earn the distinction from the NABC.

•   “It is truly humbling to be named the Division I Player of the Year knowing how many great players there are across the country,” Garza said. “To win this award is an incredible accomplishment. All of the credit goes to my teammates and coaches. I would not be here today without the University of Iowa, Coach (Fran) McCaffery and the guys I have played with throughout my career. I worked extremely hard to be the best I can be for my teammates. I am incredibly thankful that I had the opportunity to play in a Hawkeye uniform.”

•   “It has been an incredible honor and pleasure for me to coach Luka Garza,” said McCaffery. “I can think of no one who represents our organization better as a person or as a player. His consistency, his work ethic, his leadership, his attention to detail, and his ability to be an unbelievable teammate in every way has had great impact on our program for the past four years. This award is well-deserved and truly a representation of his character and his family.” 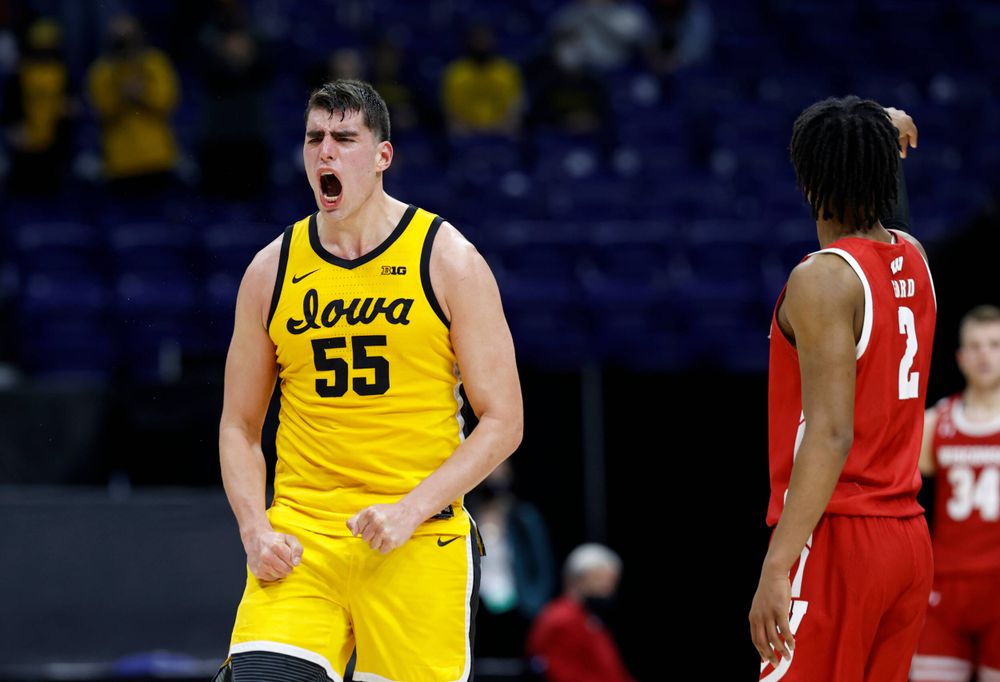 PETE NEWELL BIG MAN OF THE YEAR AWARD
•   Garza is the first player to win the award in consecutive seasons since the inception of the award in 2000. A Big Ten player has won the award four of the last five seasons: Caleb Swanigan of Purdue in 2017, Ethan Happ of Wisconsin in 2019, and Garza in 2020 and 2021.

•   The award is named after Pete Newell, a former coach who ran the Pete Newell Big Man Camp for low-post players from 1976 until his death in 2008.

•   “It is a tremendous honor to be named the Pete Newell Big Man of the Year, especially a year where there are so many great big men around the country and in the Big Ten,” Garza said. “Winning this award means the world to me because I have competed against many of the top big men. I want to thank my teammates because a big man is nothing without his guards who are able to move the ball around and get it to their big man. I am incredibly fortunate to have played with unselfish teammates. I also want to thank Coach Fran McCaffery and his staff, who allowed me to play my game as a traditional big man who can also stretch the floor. That is what made me who I am, and I don’t think if I went anywhere else this would be possible.”

• “There is no one who represents low post play and no one who is a true example of the great big men of the past than Luka Garza,” said McCaffery. “Luka spent a good portion of his life studying those incredibly talented big men. He has shown what it is like to perform in the low post, high post, and be a stretch-five. He is a modern-day big man in every sense of the word. I am proud to be his coach and I am proud he is a Hawkeye.” 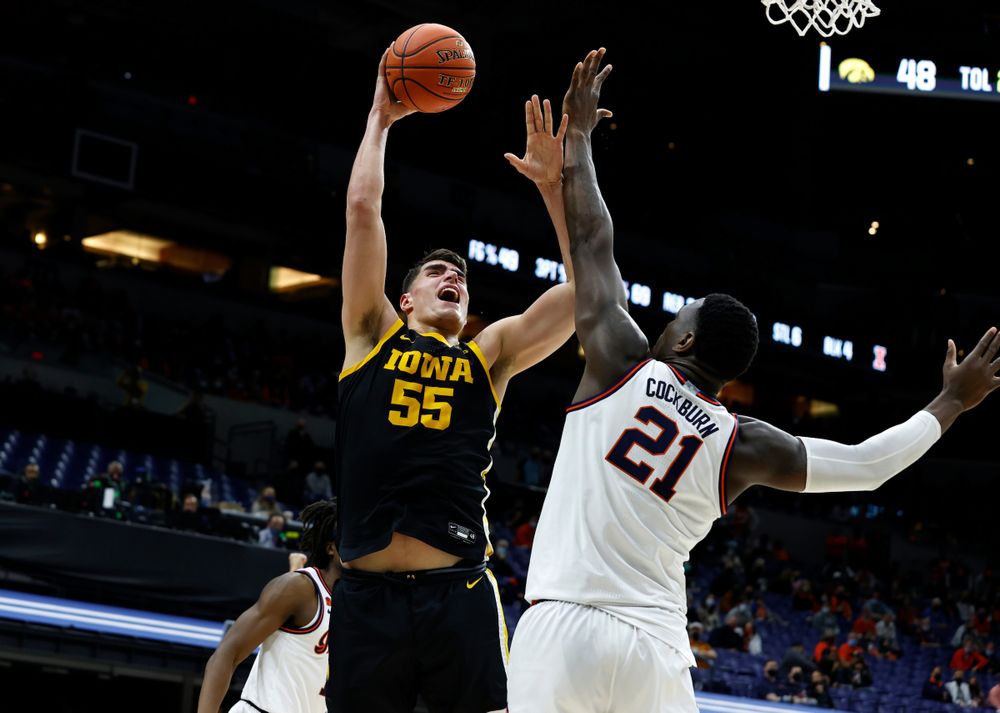