THIS WEEK:
The Iowa men’s tennis team (4-10, 4-8) returns to Iowa City for the program’s final two home matches. The Hawkeyes will entertain No. 14 Illinois on Friday (1 p.m.) and 45th-ranked Northwestern on Sunday (noon). Both matches will be contested at the Hawkeye Tennis & Recreation Complex. 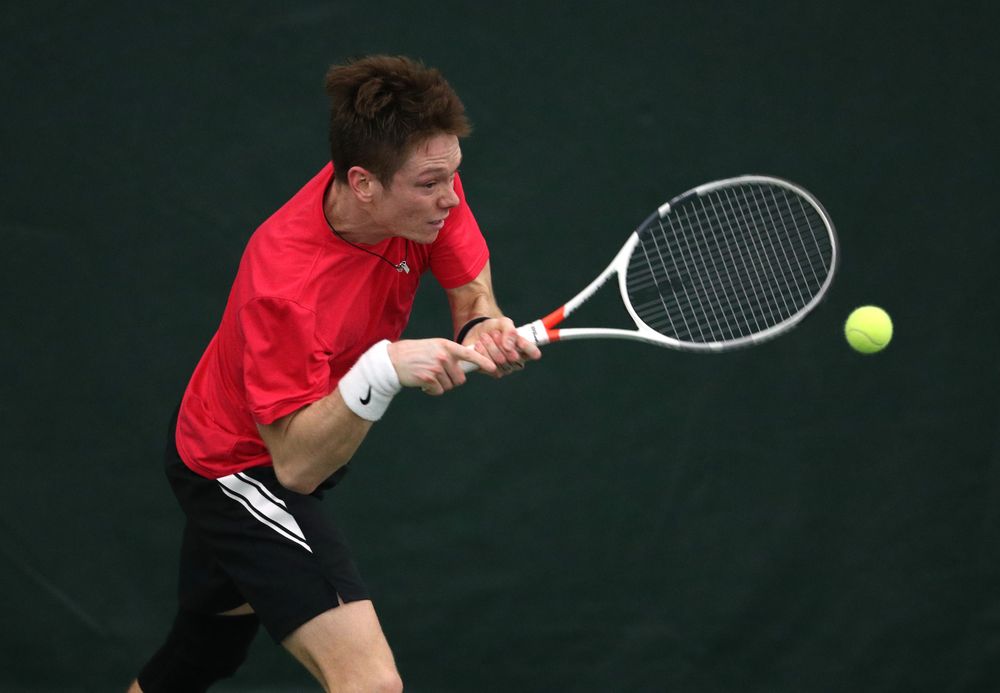 #14 ILLINOIS BREAKDOWN:
• The Fighting Illini are 14-2 overall and 11-1 in Big Ten play. Illinois has won its last 10 matches, including victories over Wisconsin (6-1) and Minnesota (5-2) last weekend.
• Four Illini are nationally ranked in singles: Zeke Clark (39), Siphosothando Montsi (43), Aleksandar Kovacevic (44), and Alex Brown (120). The doubles team of Brown/Clark is ranked 14th nationally, while Montsi/Kenyatte are ranked 46th.
• Iowa is 21-67 all-time against Illinois. The Illini beat the Hawkeyes, 7-0, earlier this season on March 5, in Champaign.

#45 NORTHWESTERN BREAKDOWN:
• The Wildcats are 10-5 overall, including a 9-4 mark in conference play. Northwestern has won five of its last six matches, including both matches last weekend over Minnesota (5-2) and Wisconsin (7-0)
• The doubles team of Bratholm/Brookes, who are 11-5 this season, have risen from No. 57 to seventh nationally.
• Iowa is 26-68 all-time against Northwestern. The Wildcats beat the Hawkeyes, 6-1, earlier this season on March 7, in Evanston.

HAWKEYE NOTEABLES:
• The doubles team of Oliver Okonkwo and Will Davies are ranked No. 10 nationally in the latest ITA Rankings. The Hawkeye duo are 8-3 this season on court one.
• This weekend’s opponents will be the sixth and seventh ranked opponents that the Hawkeyes will have faced since March 5.