“We’re excited about the addition of Alyssa to our roster next fall,” said DiIanni. “She is someone who will provide an immediate impact in our program, both on and off the field. She is a proven goal scorer, who has elite athleticism and speed as a forward.

“We love her competitiveness and grit, which will be helpful both defensively and in the box.”

Walker, a native from Centerville, Ohio, was a second-team All-Atlantic 10 Conference selection as a redshirt junior in 2019. She led the conference with 11 goals and had three assists to finish with 25 points. Walker scored two goals at Coastal Carolina and she finished the year with a hat trick in a Senior Day win over Saint Joseph’s.

During her four years with the Spiders, Walker scored 19 goals on 117 shots (52 on goal) and she had seven assists. Four of Walker’s goals were game winners. This spring, Walker scored one goal against George Mason during Richmond’s eight-game season.

As a prep, Walker was an all-state honoree in 2015 and a two-time first-team Miami Valley selection. She was named GWOC All-Conference and was a GWOC Central first team honoree in 2014 and 2015. She also earned Offensive Player of the Year honors both seasons.

Walker led Centerville High School in scoring from 2013-15 and she was sixth in the GWOC in scoring in 2013, fourth in 2014, and seventh in 2015. Her team claimed district and GWOC titles as a junior and senior and played in the district finals as a sophomore.

The Hawkeyes will face top-seeded Penn State on Thursday at 4 p.m. (CT) in the semifinals of the Big Ten Tournament. The game will be played at Jeffrey Field in University Park, Pennsylvania. 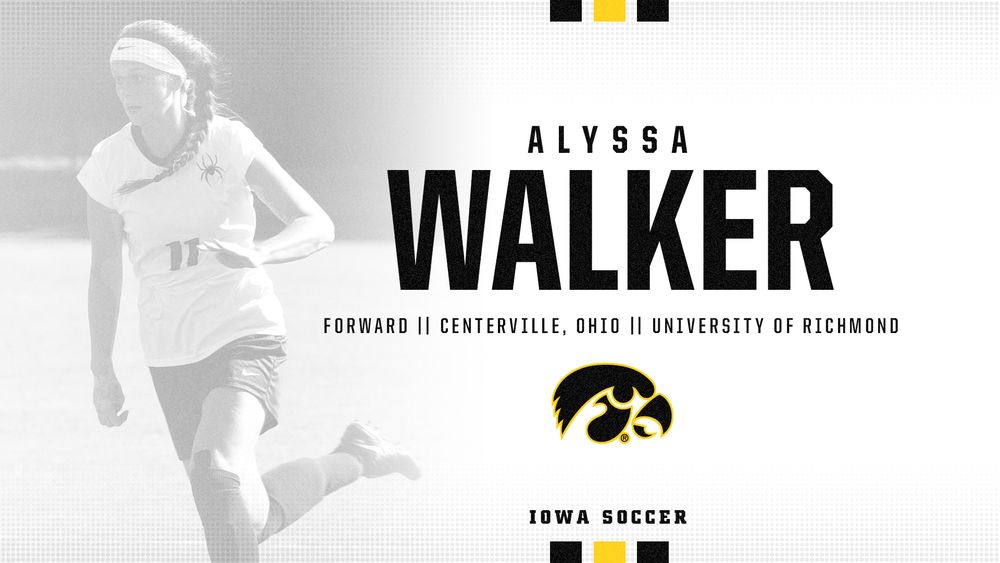