LINCOLN, Nebraska — The University of Iowa women’s tennis team improved to 12-4 in the Big Ten Conference with a 4-1 win against No. 44 Nebraska on Sunday at the Dillon Tennis Center. The No. 43 Hawkeyes finish the regular B1G play with the best conference record in school history.

The head-to-head battle started early in doubles. The Hawkeyes battled through a 1-1 tie to capture the doubles point in dramatic fashion. Nebraska’s Chloe Kuckelman and Hayley Haakenstad defeated Iowa’s Viapsha Mehra and Danielle Bauers, 6-2, at the No. 3 spot. Elise van Heuvelen and Samantha Gillas struck back with a 6-4 win at the No. 2 spot against Claire reifies and Isa Adrover Gallego, setting up a decisive point at the No. 1 spot.

“I was proud of doubles and to have No. 2 doubles fight back and win that close match,” said head coach Sasha Schmid. “Then No. 1 doubles kept plugging away and kept competing and got the tie breaker, which was great momentum.”

Nebraska fought back at the No. 5 spot as Chloe Kuckelman defeated Michelle Bacalla, 7-5, 6-0, to give the Cornhuskers their first point.

No. 13 Alexa Noel not only kept her undefeated title but also earned the game point at the No. 1 spot. The freshman defeated No. 125 Kristina Novak in straight-set, 6-0, 6-4, victory. 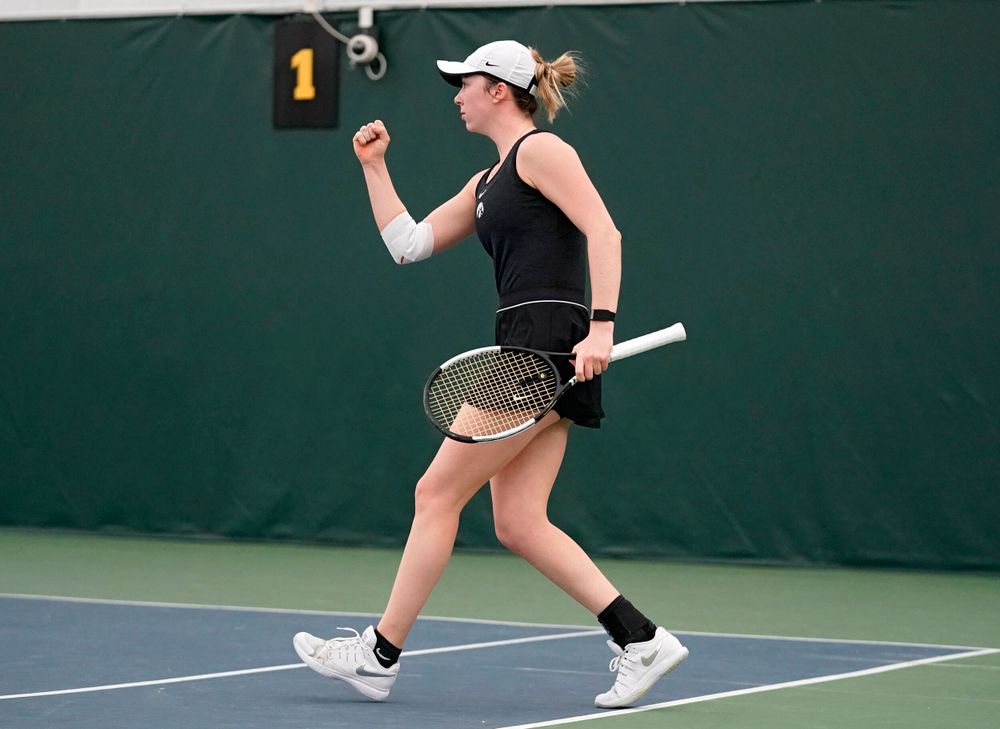 “It was another great day, and a tough battle on the road against a quality Big Ten team. We have a ton of respect for Nebraska and the last time we played it was a battle, and it was no different today. I felt that we played well today, and it was great to get the wins at 1,2,3. We are excited to look ahead at the Big Ten Tournament. It has been a great season and we are just going to enjoy the ride home and make sure we celebrate the success we have had and get hungry to get back at postseason play.”

The Hawkeyes compete in the Big Ten Tournament staring April 29. Time is TBA.