THIS WEEK
The 38th-ranked University of Iowa men’s golf team begins postseason play at the Big Ten Championships in Carmel, Indiana this weekend. The 54-hole event will be played at Crooked Stick Golf Course.

TOURNAMENT SCHEDULE
Groups will tee off from holes No. 1 and No. 10 starting at 8 a.m. (CT) on Friday and Saturday. Sunday’s final round will tee off at 7 a.m. (CT).

THE LINEUP
Iowa has not announced its lineup for the event. Individuals will qualify this week.

THE FIELD
All 14 Big Ten teams will compete at the Big Ten Championships, where a conference champion will be crowned. The Hawkeyes are the second highest ranked Big Ten team behind 11th-ranked Illinois. Indiana is ranked No. 44.

THE COURSE
The Big Ten Championships tee off at Crooked Stick Golf Course in Carmel, Indiana. Constructed in 1964 by the legendary Pete Dye, the 7,516-yard course is aptly named for its widely varying holes that are never consecutively laid out in the same direction. Crooked Stick is credited as one of the first American courses to incorporate unorthodox obstacles such as railroad ties and strip bunkers. Golfers must demonstrate skill, strategy, and sangfroid to find success at the scenic par-72 course.

SCHAAKE NAMED BIG TEN CO-GOLFER OF THE WEEK
Fifth-year senior Alex Schaake was named Big Ten Co-Men’s Golfer of the Week for the second consecutive week on Wednesday. Schaake, who shares the honor with Northwestern’s John Driscoll, was recognized following his second-place finish at the Robert Kepler Intercollegiate. Schaake and Driscoll tied for the highest Big Ten finish at the event, which featured 11 conference teams and 90 total golfers. Schaake’s 54-hole score of 212 (-1) was good for his fourth consecutive top five finish. 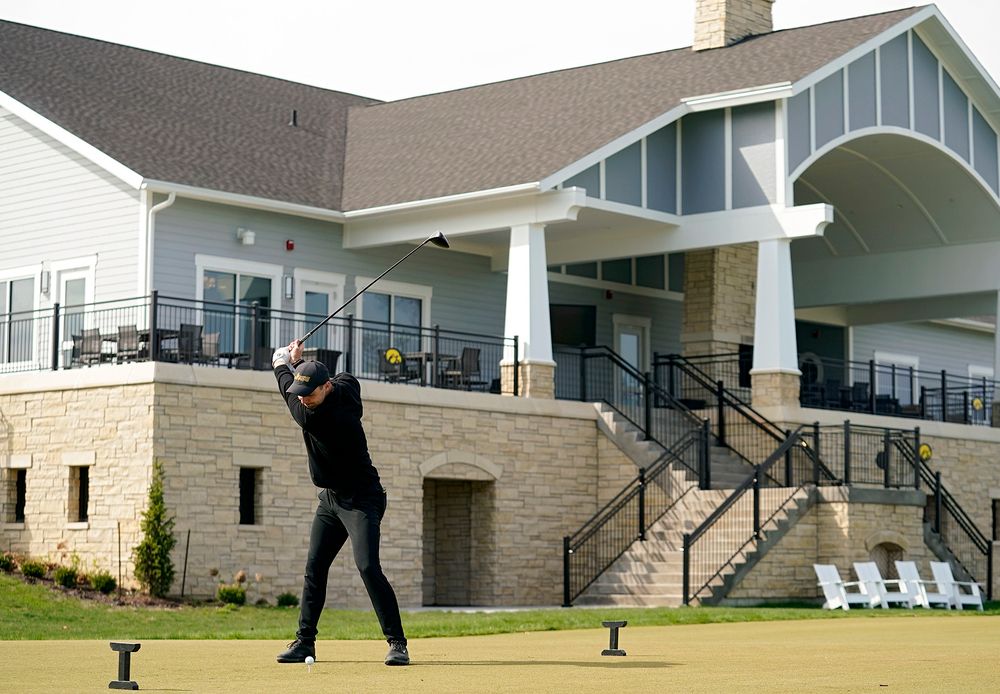 ON THE LINKS
The Hawkeyes tied for fourth place last time out at the 54-hole Robert Kepler Intercollegiate. Three Hawkeyes finished in the top 25 at the event, led by Alex Schaake, who tied for second just two strokes back from medalist Cade Breitenstine of Kent State.

RANKINGS AND HONORS
Alex Schaake checks in at No. 11 in the PGA TOUR University standings, which is his best ranking in the metric this season. He trails just two other Big Ten golfers.

Schaake is up to No. 42 in the GolfStat individual ranking, which is tops for the team.  Mac McClear is ranked No. 90 this week.

LOOKING AHEAD
The NCAA Regionals tee off May 17-19.