BELLEVILLE, Mich. — The university of Iowa rowing team took on No. 5 Michigan and Louisville in six races on Belleville Lake Sunday morning. Belleville presented incredibly challenging conditions with strong crosswinds and rough water.  The Hawkeyes finished second to Michigan in four of six races, including the 2V8, 2V4, 1N8 and 2N8

The program opened with an event that combined the 1 Novice 8 and 2 Novice 8 races.  The Hawkeyes finished runner-up to well-polished Michigan crews in both boat classes.  The 1N overcame an early deficit to row through a fast-starting Wolverine 2N to finish in the second spot overall.

In the 1V4, the Hawkeyes got out to a solid start, running second to a hard-charging crew from Michigan and a full boat length ahead of Louisville after 500m.  In the second quarter, Louisville made up some ground and as the crews crossed the midway point at 1000m, the margin had shrunk to 2/3 of a boat length.  Louisville mounted a series of impressive attacks in the third 500m and made their way through Iowa and never looked back as the crews leaned into their finishing sprint.

The 2V8 got off to a solid start with only a half boat length separating the Hawkeyes and Wolverines at 500m with Iowa having already gained a full length on Louisville.  Michigan and Iowa stretched their lead over Louisville as the crews headed into the rough water conditions of the last 1500m but the Hawkeyes couldn’t keep pace with the leaders in the choppy conditions.

The Hawkeyes 1V8 suffered equipment damage near the 750m mark of the race course and finished third after having to come to a full stop and ultimately continue over the last 1250m with only six people rowing.

“It was a tough day here in Michigan.  Everyone loves to race in calm conditions but sometimes that just can’t happen.  I think we were reminded of some important things.  In the end, I was proud of the attitude and resilience of our crews.  The recovery and response of our 1V4 and 1V8 after their pretty major setbacks was special and speaks to the spirit of this team.  We’re all looking forward now to final preparations and an opportunity to compete at the B1G Championship.” 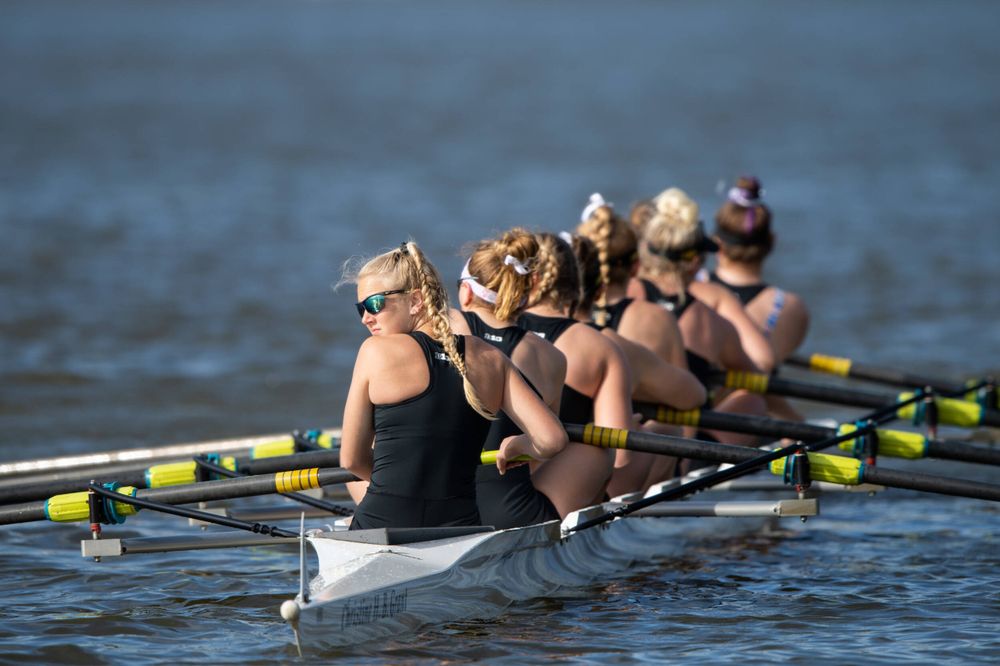 The Hawkeyes will head to Indianapolis to race in the Big Ten Championships at the Indianapolis Rowing Center on Sunday, May 16.