No University of Iowa men’s basketball student-athlete has played more games than Jordan Bohannon’s 143. None have more than his 639 assists or 364 made 3-point field goals.

Bohannon, a senior from Linn-Mar (Iowa) High School in Marion, announced April 26 that he will return to the Hawkeye hardwood for a sixth season. Padding his already impressive list of statistics will take a back seat to tutoring a developing roster.

“(Head coach Fran McCaffery) wants someone to continue to provide leadership for what is about to happen, this incredible journey that we’re on,” Bohannon said. “I always think of myself as a leader and what better way for me to learn more about myself and help others than by coming back to try to accomplish something great.” 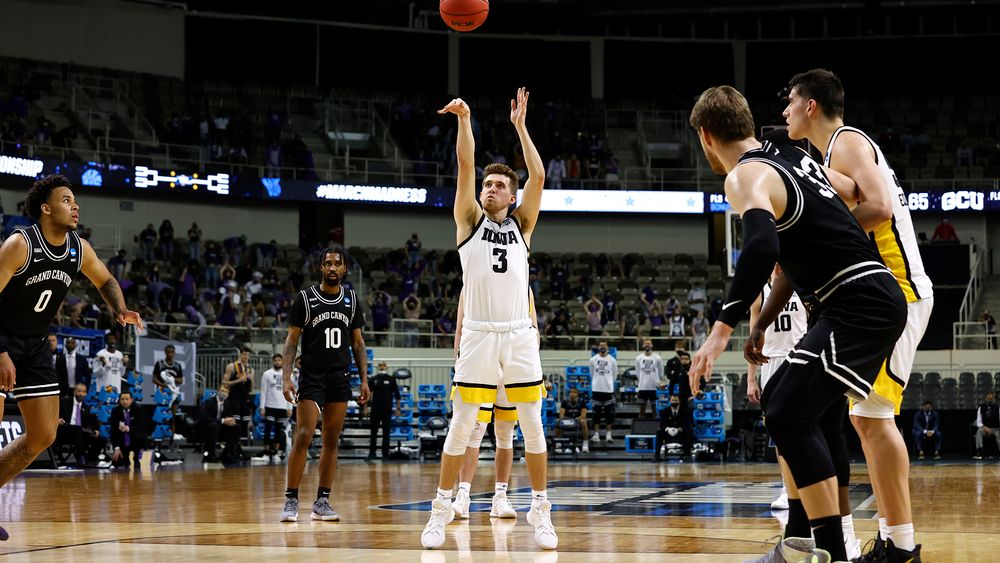 "What’s it going to be like 20 years down the road when I’m done playing basketball and looking back on my career and thinking, man I had one more year to go back to the University of Iowa.”

Bohannon’s career box score is stuffed with 1,636 points (ninth in Iowa history), thanks in part to 87 percent accuracy from the free throw line and 40 percent marksmanship from beyond the arc. He scored a career-high 26 points last season during a 102-64 win against Nebraska, making eight of 12 from distance.

The 2020-21 season ended for Iowa in the second round of the NCAA Tournament with a record of 22-9. Afterward, Bohannon was content with pursuing professional opportunities in the United States or overseas, but a perfect storm of chips fell in place that allowed for his return. He said it was a weird feeling as a 23-year-old veteran being re-recruited in a sense by McCaffery. Bohannon ran the thought of returning to Carver-Hawkeye Arena past his family and received a unanimous “do it.”

“What’s it going to be like 20 years down the road when I’m done playing basketball and looking back on my career and thinking, man I had one more year to go back to the University of Iowa,” Bohannon said. “We’re technically an underdog again, which is something I thrive on. That was a selling point for me, playing that underdog role.”

He wanted no regrets, but he also wanted to make sure he didn’t take playing time from younger Hawkeyes, specifically junior-to-be Joe Toussaint. Last season Toussaint set individual game-highs in several statistical categories, including minutes (21), points (14), steals (six) and assists (seven). Because of that, Bohannon is expected to play off-guard and utilize his ability to move off the ball. 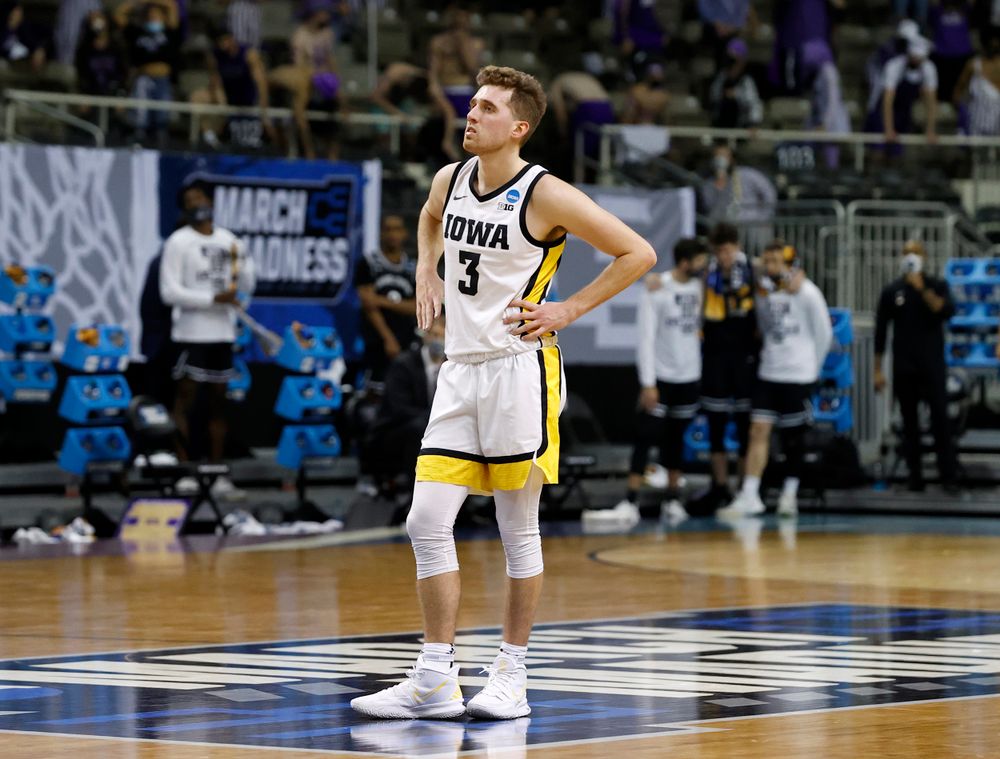 “I didn’t want to impact Joe Toussaint and his development as a player. I want him to go back into the spotlight he was in when I was injured,” Bohannon said. “That was one of the main reasons I was not looking to come back, but coach McCaffery wants me to be more of a combo guard and let Toussaint take over the role of point guard. That will make us better in the long run.”

Returning a steady presence like Bohannon will ease the sting of a Hawkeye roster that lost National Player of the Year Luka Garza to graduation, as well as forward Jack Nunge and guard CJ Fredrick, to the transfer portal. Junior swingman Joe Wieskmap is also considering an early departure to the NBA.

Even with the return of Bohannon, the 2021-22 Hawkeyes will be young. Last season Bohannon started all 31 games, as did redshirt junior Connor McCaffery. Freshman Keegan Murray started four games (but played in all 31) and averaged 18 minutes a game. Freshman Patrick McCaffery averaged 15 minutes a game.

“We have a lot to prove and we want to accomplish more than ever was expected by the outside or even internally,” Bohannon said.

Bohannon isn’t the only veteran addition to the roster. The same day Bohannon declared his return, McCaffery announced the signing of graduate transfer center Filip Rebraca from the University of North Dakota. Rebraca averaged 16.8 points and 7.8 rebounds a season ago.

“What we have is a great combination of leaders as well as young talent that can make an impact,” Bohannon said. “That will be exciting for Hawkeye fans to watch. It will be an exciting year. I will have one last sendoff to play the best I can and further my legacy at the University of Iowa by helping these young guys do something special.”