IOWA CITY, Iowa – University of Iowa women’s tennis sophomore Alexa Noel has been selected as one of the automatic qualifiers for the main draw of the annual ITA Women’s All-American Championships, which will be held in Charleston, South Carolina, Oct. 4-10.

The ITA National Ranking & Tournament Committee, which consists of the 12 region chairs and the ITA Operating Committee Chair, selected 21 main draws of the 64 qualifying singles. Noel earned an automatic spot by virtue of being a returning All-American and representing the Central region.

In other news on Tuesday, the ITA released the preseason national rankings, which includes Noel and senior Samantha Mannix. Noel checks in at No. 12 in singles, which is the highest preseason ranking in program history. The Summit, New Jersey, native had a phenomenal freshman campaign, becoming the program’s first All-American, Big Ten Freshman of the Year and ITA Rookie of the Year, and earning first-team All-Big Ten and Big Ten All-Tournament Team accolades. Noel, an automatic qualifier at the NCAA Championships, advanced to the Round of 32 and boasted a perfect 24-0 record at No. 1 singles.

Noel and doubles partner Samantha Mannix enter the 2021-22 season ranked No. 54 nationally in doubles. The Hawkeye duo posted a 13-6 record on court one last season.

Mannix, a senior from Omaha, Nebraska, not only ended her junior year with a 15-10 singles record at the No. 3 spot, but also was rewarded for her hard work in the classroom. Mannix was named Academic All-Big Ten, Big Ten Distinguished Scholar, ITA Scholar Athlete, and was awarded the Big Ten Iowa Women’s Tennis Sportsmanship Award.

The preseason rankings included the top 125 singles and the top 60 doubles as well as the top 10 newcomers.

The Hawkeyes hit the court for the first time later this fall in individual competition. 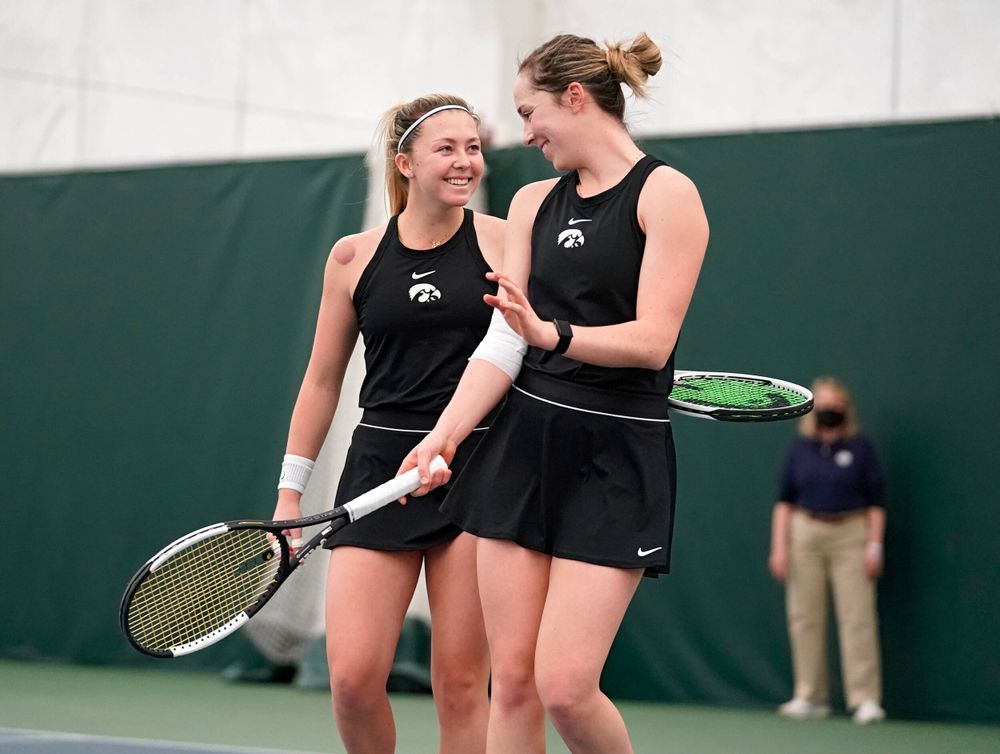