THIS WEEK
Iowa travels to Kansas City for a 7 p.m. (CT) game against UMKC on Thursday at Durwood Stadium. The Hawkeyes return home Sunday for a 1 p.m. (CT) match versus Southeast Missouri State at the Iowa Soccer Complex. Admission to Sunday’s game is free .

SERIES HISTORY – UMKC
This week will mark Iowa’s first meeting with the Roos.

SERIES HISTORY – SOUTHEAST MISSOURI STATE
Iowa is 1-1-0 against the Redhawks all-time, coming away with a 2-1 victory in the most recent meeting between the two schools in 2001.

GETTING THINGS ROLING
Freshman Kenzie Roling kept things rolling last week, earning a pair of goals against Purdue-Fort Wayne. Roling and graduate student Alyssa Walker lead the team with four goals scored and eight total points apiece. Roling previously scored the tying goal against DePaul and the game-winner against No. 18 Saint Louis in opening week of the season. The Waverly-Shell Rock alumnus also scored in each of Iowa’s exhibition wins.

Sophomore Macy Enneking has been out thus far due to injury. Enneking was the only unanimous Big Ten All-Freshman Team selection last season and earned Big Ten Tournament Most Outstanding Defensive Player accolades for allowing just one goal in four games at the conference tournament. She tallied 52 saves across 11 games and averaged a conference-best .912 save percentage, allowing just five goals in 956 minutes played. The Hilliard, Ohio native pitched shutouts in each of Iowa’s two exhibition contests this preseason. 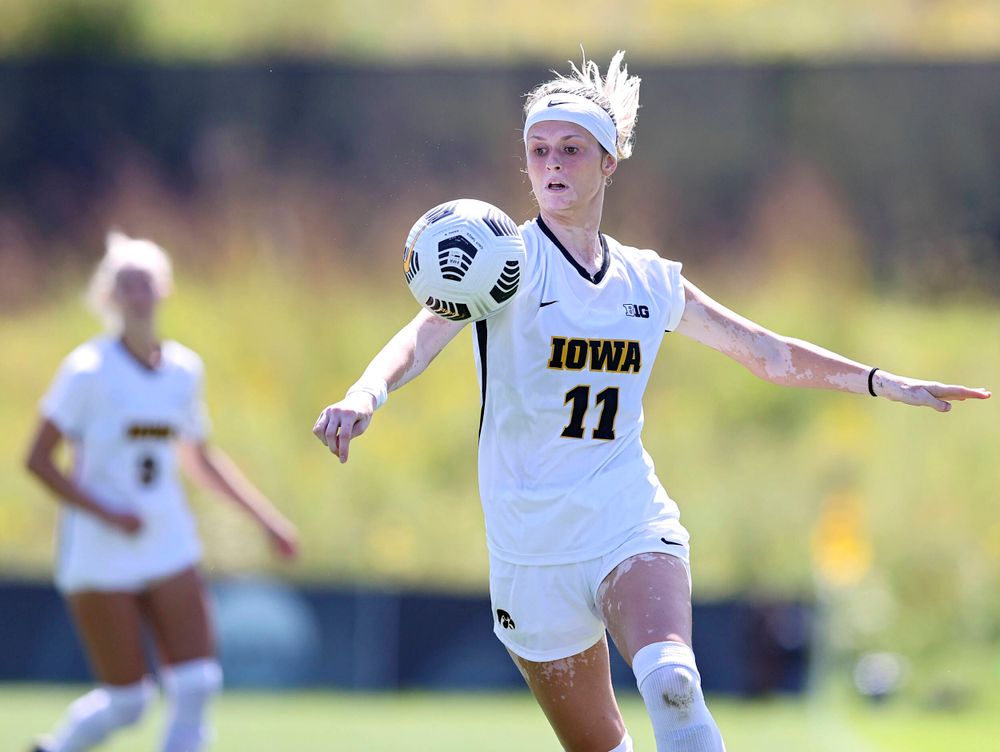 LAST WEEK
Iowa shutout Purdue-Fort Wayne last Thursday in a dominating 5-0 performance. Alyssa Walker started things off right for the Hawkeyes, sinking goals in the third and 11th minutes of play. Freshman Kenzie Roling knocked in a pair of goals of her own, and defender Samantha Cary found the back of the net as well. Walker and Roling were the first Iowa players to score twice in the same game since Sept. 12, 2019 when Hannah Drkulec put up a pair of goals against Notre Dame. Iowa tied Mississippi State 1-1 on Sunday, thanks to an Alyssa Walker score with nine minutes to play that evened the score. The Hawkeyes outshot their opponents 47-5 on the week.

Roling, a freshman from Waverly, Iowa, scored goals in each of Iowa’s wins at DePaul and St. Louis. Her first-half goal against the Blue Demons evened the score 1-1 and her first-half goal against the Billikens proved to be the game-winner in a 1-0 Hawkeye win. Including Iowa’s preseason exhibitions, Roling scored in each of the Hawkeyes’ first four competitions this season. Following her week one performance, she was named an honorable mention on TopDrawerSoccer’s Team of the Week.

week. The Hawkeyes have won 11 of the last 13 matches against Iowa State.

LOOKING AHEAD
Iowa kicks off Big Ten play versus Northwestern on Sept. 19 in a 1 p.m. (CT) game at the Iowa Soccer Complex. The Hawkeyes then travel to Bloomington, Indiana, Sept. 23 to take on the Hoosiers at 7 p.m. (CT) at Bill Armstrong Stadium.