IOWA CITY, Iowa — The University of Iowa’s home football contest against Penn State, scheduled for Oct. 9 at Duke Slater Field at Kinnick Stadium, is sold out. The announcement was made Tuesday by the UI Athletics Department. Game time and television information for the Big Ten contest has not yet been announced.

Iowa (2-0) has opened the season with wins over No. 17 Indiana (34-6) and No. 9 Iowa State (27-17). The Hawkeyes are ranked fifth nationally by the Associated Press and seventh in the coaches poll. Iowa is the only team in the nation with two wins over ranked opponents.

Tickets remain for all other remaining home games, including Saturday’s nonconference contest against Kent State (2:40 p.m., BTN), which is the Gold Out Game. Iowa also hosts Colorado State, Sept. 25, before returning to Big Ten Conference play for the remainder of the season.

Following the Oct. 9 contest against Penn State, the Hawkeyes will also host Homecoming, Oct. 16, against Purdue (2:30 p.m.), and entertain Minnesota (Nov. 13) and Illinois (Nov. 20) to close the home season.

Ticket information is available at hawkeyesports.com/tickets. 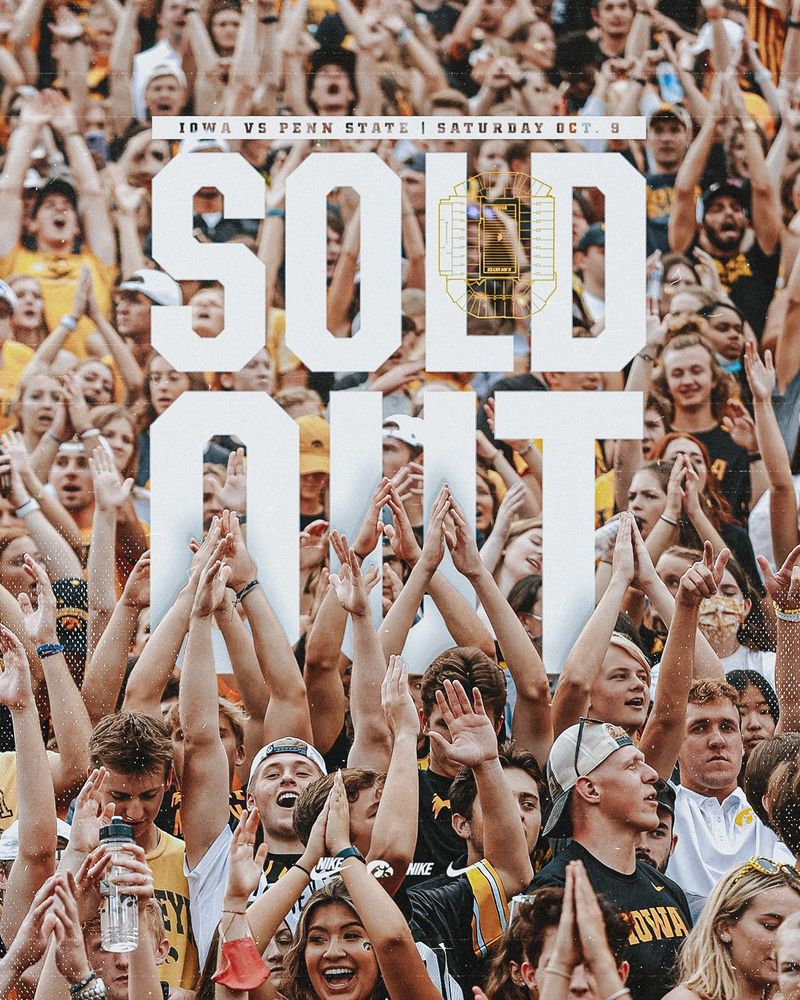