IOWA CITY, Iowa – The University of Iowa soccer team defeated Minnesota, 1-0, in its final home game of the regular season Thursday night to pick up three crucial points in Big Ten play, advancing to 11-5-1 on the season and 5-4-0 in the conference. The victory marked Head Coach Dave DiIanni’s 300th career win as a collegiate head coach.

The Hawkeyes and Gophers went into the halftime locker room scoreless after a pair of header attempts by fifth-year senior Alyssa Walker each flew high and bounced off the crossbar. Sophomore goalkeeper Macy Enneking registered five saves in her first start of the regular season in what a was a defensive battle most of the way.

Iowa broke through in the 73rd minute of action when freshman Kenzie Roling buried a fastbreak score off assists from sophomore Meike Ingles and fifth-year senior Courtney Powell. The score was Roling’s sixth on the season, putting her just one score behind Walker’s team-best total of seven goals.

“I think (Kenzie) is a goal scorer,” said DiIanni. “She’s been sick and a little bit out of rhythm. Freshman year is challenging and to her credit she has bounced back and shown she can have adversity, and what a moment for a freshman to come through.” 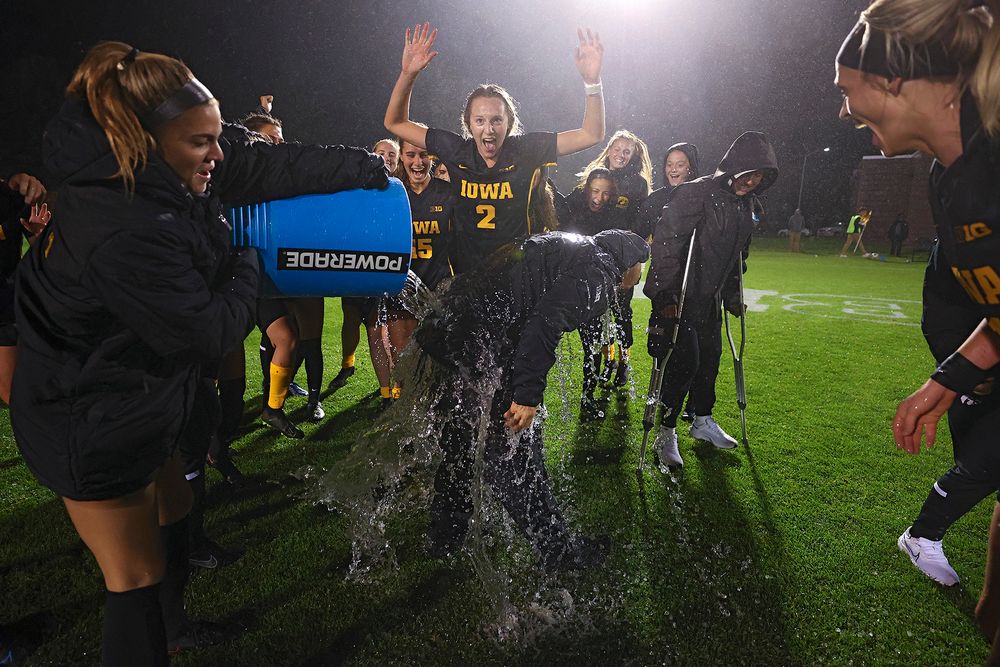 The Iowa defense held the rest of the way, shutting down 13 Gopher shot attempts to shoot past Minnesota (8-5-3, 4-5-0) in the Big Ten conference standings.

I thought Sara Wheaton and Sam Cary and Riley Whitaker were exceptional. That’s a tough team to play against and it might have been Riley Whitaker’s best game of the year.”

QUOTING COACH DAVE DIIANNI
“We had four days and two games left and we just asked them to give everything they have and play with no regrets. I thought they competed for 90 minutes. That’s probably the first time all year we competed for 90 minutes in all aspects. Credit to Minnesota. I thought it was two even teams. The statistics were pretty even and in the end of the day it was somebody capitalizing and today it was Kenzie on a nice pass, and Macy made one or two saves to keep us in the game.”

DIIANNI ON HIS 300TH WIN
“I just found out about that today. I told the ladies a lot of great players and great teams that I have had the privilege of spending time with and coaching, it’s a two-way street. I get something from them and I hope that I instill a little bit of leadership and mentorship with them in return. It means that I’ve been coaching a long time, that’s for sure.”

UP NEXT
The Hawkeyes close out the regular season against Wisconsin on Sunday at McClimon Soccer Field. Kickoff in Madison is set for 1 p.m. (CT).