FARGO, N.D. (Nov. 10, 2021) – SCHEELS deepens its commitment to support everyday heroes as the new title sponsor of the “Heroes Game” between the Iowa Hawkeyes and Nebraska Cornhuskers. The 11th annual matchup between the Big Ten Conference rivals kicks off at 12:30 p.m. (CT) on Friday, Nov. 26 from Memorial Stadium in Lincoln, Nebraska.

Notably, the 2021 SCHEELS Heroes Game will continue the rich tradition of recognizing and celebrating local heroes who exemplify the goal of positively impacting the community and who inspire others. Nominations are being accepted online through Midnight CT on Friday, Nov. 12 via Scheels.com/heroes. Fans are encouraged to nominate everyday citizens of Iowa and Nebraska who have performed extraordinary acts of heroism. Hawkeye fans also can submit nominations through the official dedicated page on hawkeyesports.com.

One citizen-hero will be selected and honored as the representative of each state and each team, respectively, at the SCHEELS Heroes Game in Lincoln. They will receive VIP treatment as special guests, with on-field recognition and his or her name inscribed on the Heroes Trophy.

SCHEELS, a current partner of the Iowa Hawkeyes and the Nebraska Cornhuskers, is a multi-year title sponsor of the Heroes Game. The ongoing relationship between SCHEELS and Iowa is overseen by LEARFIELD’s Hawkeye Sports Properties, the university’s athletics multimedia rightsholder and locally based team. The Hawkeyes represent one of eleven college relationships managed on a national level by LEARFIELD on behalf of SCHEELS.

SCHEELS is incredibly honored to be the title sponsor of the annual Iowa and Nebraska Heroes Game. There are hundreds of local heroes in each community we serve, and they are the ones making a difference each day. This partnership is one small way we can recognize the heroes around us and express our sincere gratitude." 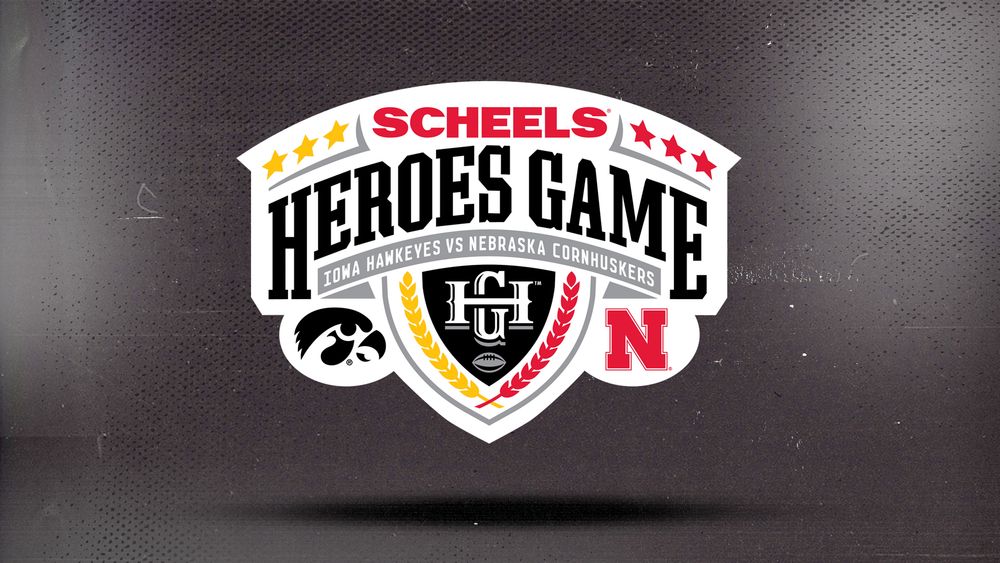 SCHEELS is a destination sporting goods store with 30 locations across the U.S. Fuel your passion in hunting, fishing, camping, fitness, and sports.