IOWA CITY, Iowa — Hawkeye fans following the University of Iowa football team to Indianapolis for the Big Ten Football Championship Game on Saturday are encouraged to attend the Hawkeye Huddle prior to kickoff.

With kickoff set for 8:17 p.m. (ET) between Iowa and Michigan, fans are invited to join the National I-Club from 4:30-6:30 p.m. (ET) at the Indiana Convention Center, approximately one block from Lucas Oil Stadium.

Due to space restrictions at the convention center, capacity for the huddle will be limited. Fans must have a wristband to enter. Wristbands will be available for pick up at the following locations:

• Friday, December 3 at the Hawkeye Social at Tin Roof beginning at 7 p.m.

• Saturday, December 4 at the Indiana Convention Center from 2-4 p.m. 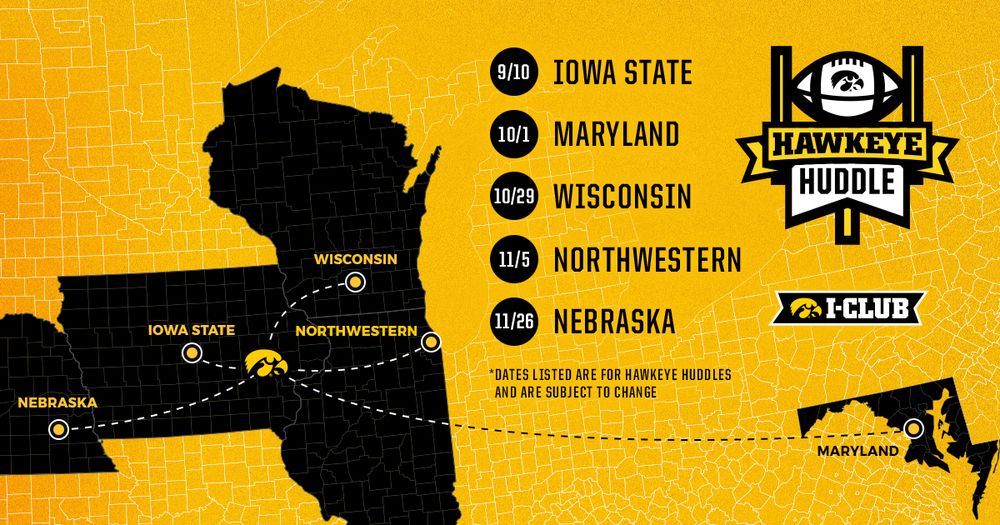