IOWA CITY, Iowa — The University of Iowa announced today a contract extension for head football coach Kirk Ferentz through the 2029 season. The announcement was made by Gary Barta, Henry B. and Patricia B. Tippie Director of Athletics Chair.

Ferentz just completed his 23rd season as Moon Family Head Football Coach. He is the longest-tenured active head football coach in the country.

“Kirk’s consistent leadership and success over 23 years has been amazing and appreciated as he has led our football program in a first-class manner,” said Barta. “His success over the past 23 years speaks for itself. He is an asset to the University of Iowa and our athletics department as a whole. The foundation of his program is strong, and the future looks bright.”

“Over his three decades with Iowa, coach Ferentz has led our football program with tremendous success and integrity, showcasing how athletics can be an enriching experience for our student-athletes and a corridor for many to learn about our remarkable university,” said UI President Barb Wilson. “This contract reflects our commitment to Kirk and Mary as members of our Hawkeye family.”

“I am grateful to President Barb Wilson and Athletics Director Gary Barta for their continued support of our program. I am proud of the success that we have achieved in Iowa City the past 23 years and look forward to many more years of competing at the highest level.”

The 2021 Hawkeye football team won 10 games for the seventh time under Ferentz’ leadership, and the 10th time in program history. The Hawkeye won the Big Ten West Division and earned a bid to the 2022 Vrbo Citrus Bowl, the 19th bowl bid of Ferentz’ career.

“This contract extension would not be possible without substantial private support,” said Barta. “The pandemic has presented Iowa Athletics with significant financial challenges. We are grateful to the many donors and fans who have contributed directly toward the success of Hawkeye football.”

Ferentz’s total annual compensation under the new agreement will be $7 million and includes a $500,000 base, $5.5 million in supplemental compensation and a $1 million longevity bonus. The contract expires on Jan. 31, 2030. His previous contract ran through the 2025 season. Ferentz and the members of his staff will also continue to be eligible for bonuses based on performance. 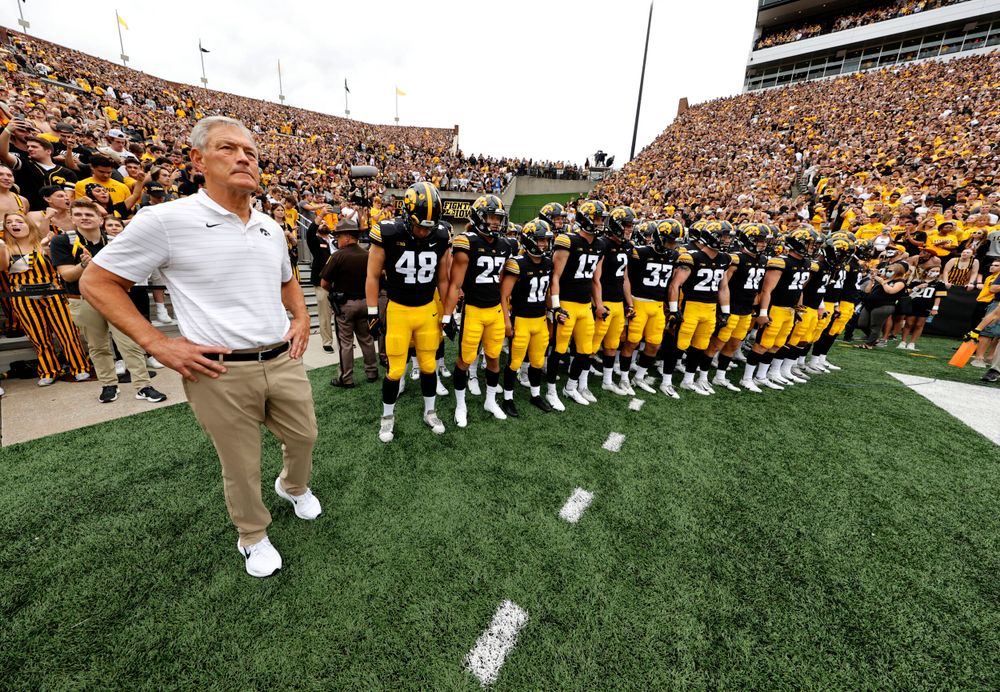