THIS WEEK
The University of Iowa men’s golf team tees off the spring season at the 14th annual Big Ten Match Play Championship in Palm Coast, Florida. Competition takes place Friday and Saturday at the Hammock Beach Resort Ocean Course. Iowa is the seven seed and will face Minnesota in the opening round.

TOURNAMENT SCHEDULE
Teams will play a maximum of two matches each day, the first teeing off with a 7 a.m. (CT) shotgun start and the second beginning at noon.

The four semifinal teams on Saturday will all play two matches, with winners advancing to the championship match and losing teams competing for third place.

THE FORMAT
The event utilizes a single-elimination tournament bracket, with a third-place match taking place on Saturday. Teams are allowed an eight-player tournament roster with five players competing in each match. An individual match win is worth one point. Matches ending in a 2.5-2.5 tie have a tie breaking criteria.

THE FIELD
The event will feature 11 conference teams, including Iowa, No. 34 Indiana, Maryland, No. 31 Michigan State, Minnesota, Nebraska, No. 28 Northwestern, Penn State, No. 22 Purdue, Rutgers, and Wisconsin. 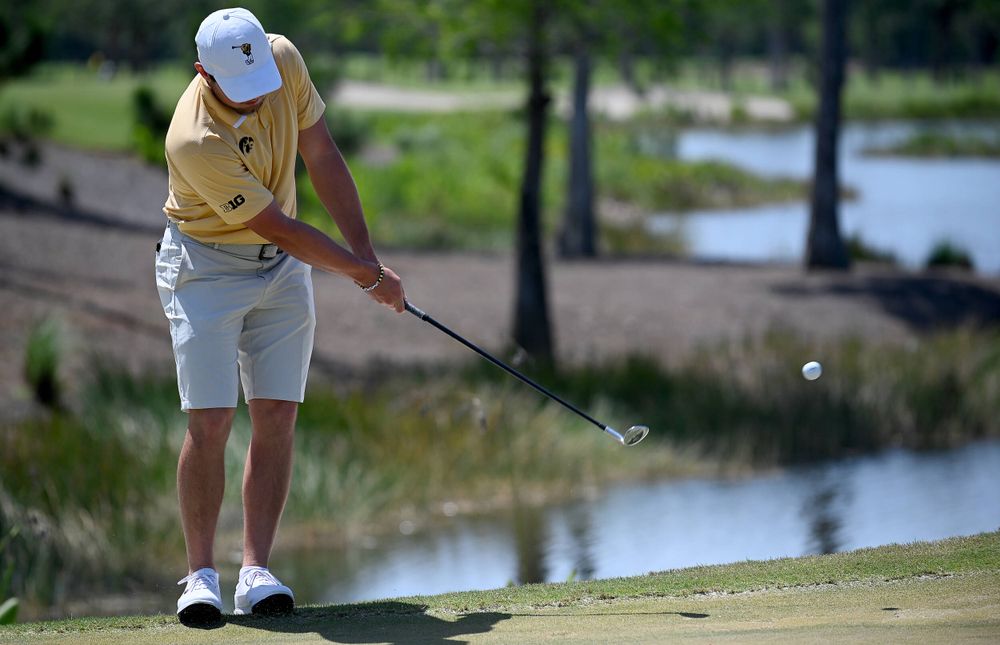 MATCH PLAY HISTORY
Iowa’s second-place performance at Big Ten Match Play last spring is the best finish in program history at the event. The fifth-seeded Hawkeyes opened with a pair of 3-2 victories on the first day of competition against 12-seed Nebraska and four-seed Penn State. Iowa then defeated Michigan State (3-2) in the third round before falling to Indiana (2-3) in the final. Five different Hawkeyes won matches en route to the runner-up finish.
• Mathew Walker (’19) won a program-best 10 rounds at Big Ten Match Play during his time at Iowa. His 10-3-1 (.750) record marks the highest winning percentage of any Hawkeye golfer who has competed at the event in multiple seasons.
• Alex Schaake (’21) tallied the next-highest total with eight wins in four appearances for Iowa. He is one of seven Hawkeyes to compete at the event four times.
• McClear is 3-3-1 heading into his third outing at Hammock Beach. Leal Montero returns for his fourth start at Big Ten Match Play with a 4-5-2 individual record.

HEAR FROM COACH STITH
“The Match Play is one of my favorite tournaments of the season. The format adds excitement and creates pressure situations. As a player you will find out exactly what you need improve on. It’s the perfect event to begin the spring season.”

HEAR FROM MAC MCCLEAR
“I think anytime you’re playing golf, no matter the format, you just have to focus on your own game. I think in match play sometimes guys get too caught up in what their opponent is doing, so I’m just going to go out there and try to play my best golf. I know if I play well everything will be taken care of and I don’t necessarily need to change any strategy or my game to win.”

LOOKING AHEAD
The Hawkeyes travel to the Rio Mar Beach Resort to compete in the Puerto Rico Classic Feb. 14-15 hosted by Purdue University.