THIS WEEK
The University of Iowa women’s soccer team battles a pair of in-state foes on the road. On Thursday, Iowa kicks off the Iowa Corn Cy-Hawk Series with a match at Iowa State. Start time is set for 6 p.m. (CT). Then, the Hawkeyes head to Cedar Falls, Iowa, to take on UNI at 1 p.m. (CT) on Sunday.

SERIES HISTORY – IOWA STATE
Iowa is 14-7-2 against Iowa State and has won two straight in the series.

SERIES HISTORY – Northern Iowa
Iowa is searching for its 15th consecutive win over the Panthers. The Hawkeyes are 14-0-0 against Northern Iowa in program history. 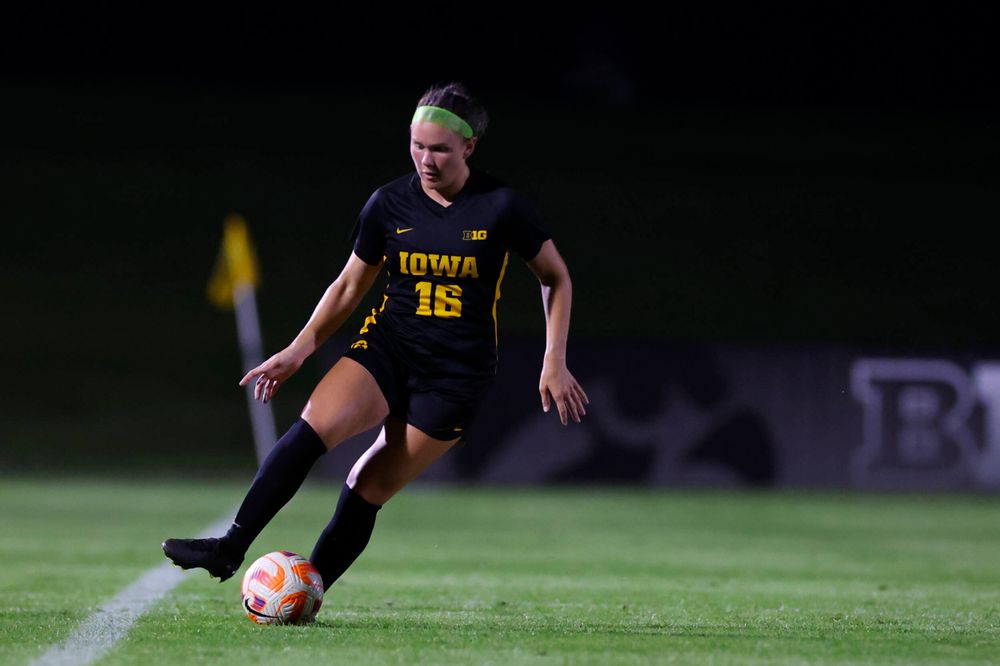 90 TRACKER
Sara Wheaton (4), Brooklyn Woods (3), Hailey Rydberg (2), Samantha Cary (2), Josie Durr, and Rielee Fetty have each played the entirety of at least one game this season.

SHARING THE WEALTH
Eleven different Hawkeyes combined for 31 goals in 2021. Alyssa Walker (‘21) led the way offensively with nine goals and 20 points, finishing third in the Big Ten in goals scored.