THIS WEEK
The University of Iowa women’s golf team heads to Albuquerque, New Mexico, to open its fall season at the Branch Law Firm/Dick McGuire Invitational. The event will be played at The Championship Course at the University of New Mexico on Sept. 12-13. The first 36 holes will be contested Monday followed by the final 18 on Tuesday. 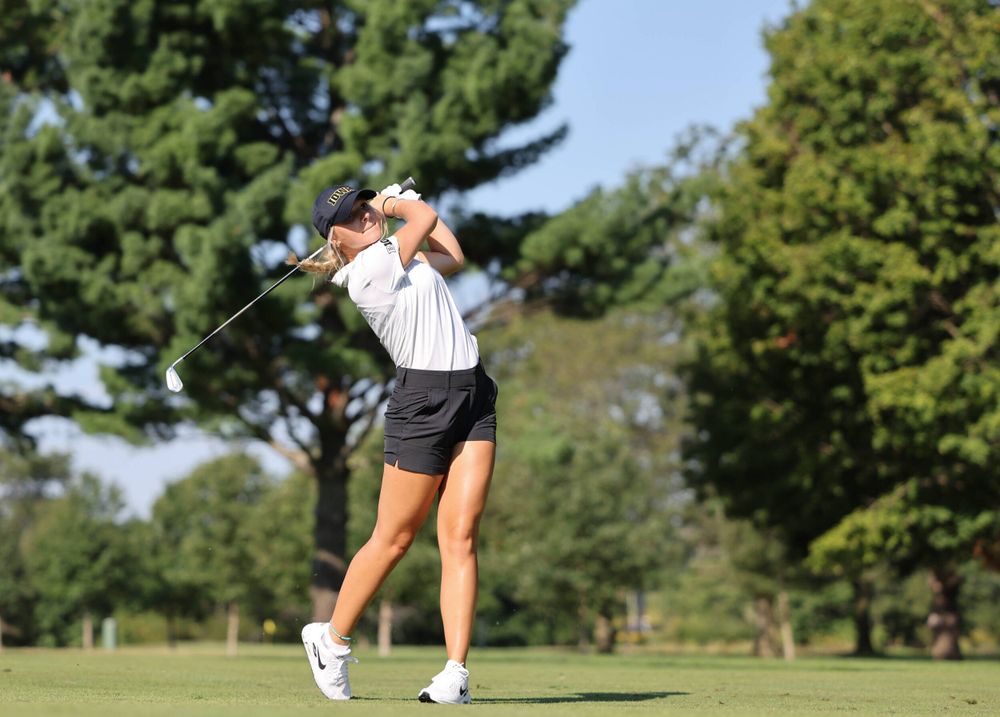 THE COURSE
The Championship Golf Course is one the finest facilities and is nationally recognized by Golf Digest Magazine as one of the top-25 public courses in the country. This par 72,36-hole, 6,317-yard course has very long and wide fairways with rolling and well manicured greens. The course was built in 1941 by former Lobos golfer William Tucker, was the site of the 1950, 1976 and 1992 NCAA Division I Men’s Golf Championships as well as the 1998 NCAA Championships. In 1987, the course was the site of the women’s NCAA Championships.

RETURNING TO N.M.
Sophomore Paula Miranda shot a one-over 73 (+1) in her final round at the Dick McGuire Invitational last fall. The Mexico native finished with a 221 (74-74-73) to finish in 32nd with at five-over par to lead the team. Iowa placed 14th last year as a team.

PRESEASON HONORS
Sophomore Paula Miranda and freshmen Madison Dabagia and Shannyn Vogler were named to the Big Ten Golfers to Watch List for the 2022-23 season.
• Miranda posted a team-best 74.7 scoring average over 27 rounds as a freshman. She recorded a season low score of 67 (-5) at the Badger Invitational before going on to tie for 64th at the Big Ten Championships with a 232 (+16).
•Dabagia finished with a 70.5 scoring average in her final prep season and posted a career low 66 (-6). The Fort Wayne, Indiana, native had an impressive prep career tallying four top-five finishes at the state meet, including finishing as the state runner-up as a sophomore.
• Vogler in her prep career at Bettendorf (Iowa) High School was the back-to-back state champion as a junior and senior. Her accolades include qualification for the 2022 U.S. Women’s Amateur, the Junior Girls PGA Championships and the U.S. Girls’ Junior Championship.

LOOKING AHEAD
The Hawkeyes will return to the links on Sept. 18-20, traveling to Verona, Wisconsin, for the Badger Fall Invitational.