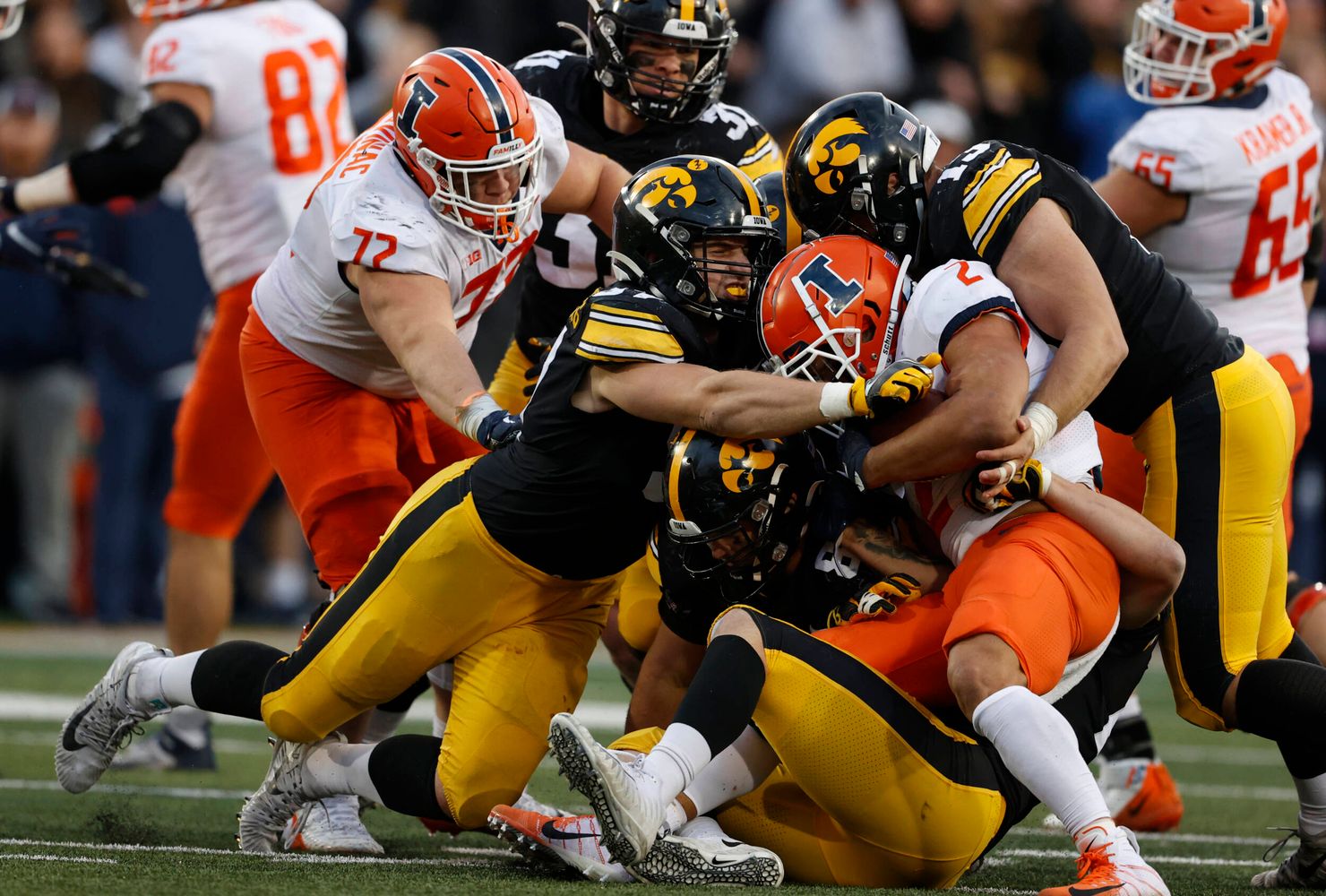 1 – Iowa has won eight straight in the series over Illinois dating back to the 2008 season. The average margin of victory during the winning streak has been 22.4 points. The Hawkeyes have won the last four meetings in Champaign, outscoring the Illini, 156-35. Iowa won two of the games via shutout in 2016 and 2018.

2 – Senior LBs Jack Campbell and Seth Benson both rank in the top five in the Big Ten Conference in tackles (and in the top 36 nationally). Campbell is second in the league (18th nationally) with 10.0 tackles per game, while Benson is fifth (36th in NCAA) at 8.8 per game. Benson had a career high 14 tackles against Michigan on Oct. 1, giving him 207 for his career.

3 – DB Cooper DeJean is leading the Big Ten and ranks fifth nationally with three interceptions. DeJean intercepted a pass in three straight games (vs. Iowa State, vs. Nevada, at Rutgers), which includes a 45-yard pick six in Piscataway.

4 – Over his last three games, QB Spencer Petras is completing 62.2 percent of his passes for 569 yards and two touchdowns. Petras has completed 46-of-74 attempts during the three-game stretch. Since the second quarter against Iowa State, Petras has 91 attempts without an interception.

6 – Eight different Hawkeyes have tallied a sack during the 2022 season. Iowa has 13 sacks on the year, averaging 2.60 per game to rank third in the Big Ten and 33rd nationally. DL Lukas Van Ness has a team-high three sacks.

8 – True freshman RB Kaleb Johnson is leading the team with 206 rushing yards, averaging 5.0 yards on 41 attempts. He has three touchdowns – tops on the team. The Hamilton, Ohio, native is also leading the team, averaging 64.4 all-purpose yards per game.

10 – P Tory Taylor is second in the Big Ten and third nationally with a 47.4 average. Taylor has 33 punts (t4th-most in NCAA) this season with a long of 63. Fifteen of his punts have traveled 50+ yards and 17 have been downed inside the 20. He was the Big Ten Special Teams Player of the Week on Sept. 3 and Sept. 26 and has twice been named to the Ray’s 8 List.