THIS WEEK
The University of Iowa men’s golf team is set to tee off at the Purdue Fall Invitational on Monday at Kampen Golf Course in West Lafayette, Indiana.

TOURNAMENT SCHEDULE
The 54-hole tournament opens with two rounds on Monday with the final 18 holes to be played on Tuesday. Tee times will be announced on Sunday.

THE LINEUP
The Hawkeyes will be led by seniors Mac McClear and Garrett Tighe, followed by sophomore Ian Meyer. Seniors Ronan Kleu and Gonzalo Leal Montero round out the Iowa lineup.

THE FIELD
No. 45 Purdue will host 15 teams at the Birck Boilermaker Golf Complex, including three other Golfstat top-50 ranked teams in No. 7 Tennessee, No. 33 LSU, and No. 44 Little Rock. The Hawkeyes will also compete against the likes of Ball State, Central Arkansas, Eastern Michigan, Illinois State, Indiana, Louisiana Tech, Maryland, Memphis, Nebraska and VCU at the Kampen Course.

The five Big Ten teams competing at the Purdue Fall Invitational mark the most conference opponents Iowa will have faced through the first three contests of the season.

NCAA Regionals will return to the Kampen course in 2024. 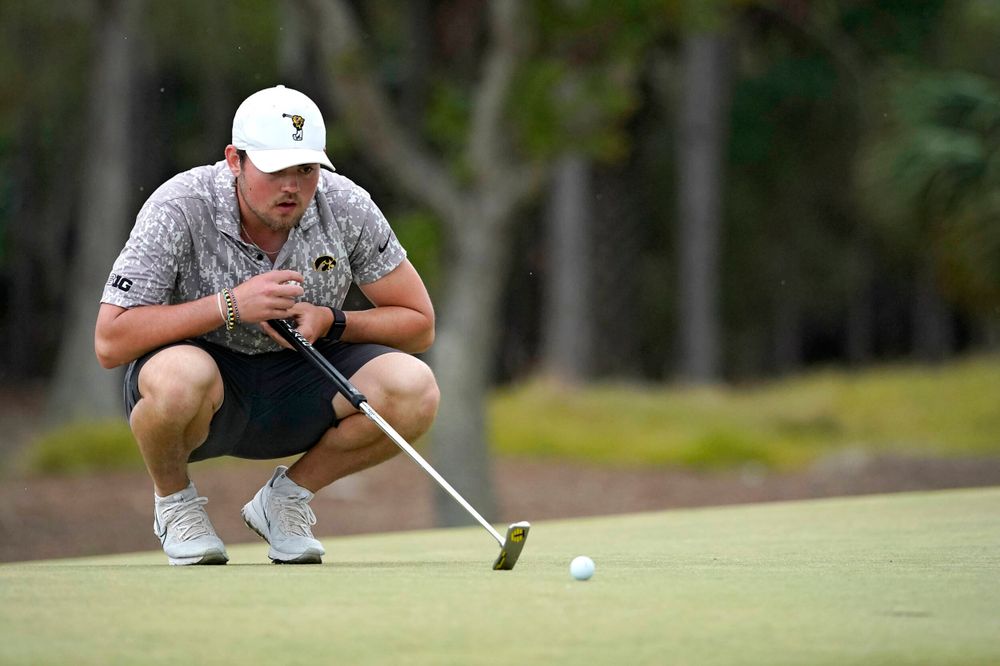 HAWKEYES AT KAMPEN
Iowa has competed at the Kampen Course on numerous occasions at the Boilermaker Invitational. The Hawkeyes won back-to-back team championships at that event in the springs of 2013 and 2014; current Iowa volunteer assistant coach Steven Ihm was the individual medalist at the 2014 edition of the event, shooting 209 (-7) through 54 holes, including a third round 64 (-8) to clinch the championship by one stroke for himself and the team.

ON THE LINKS
Iowa placed 12th last time out at the Inverness Intercollegiate.

SENIOR LEADERS
Four seniors provide leadership to the Hawkeye lineup this season. Leal Montero returns for a fifth-year after competing as Iowa’s lone senior last season. He is joined by a former Big Ten Champion in McClear, as well as Iowa’s second-low scorer last season in Kleu. Tighe was also a frequent starter for Iowa.

HEAR FROM HEAD COACH TYLER STITH
“We had a good couple days of competition this week and the team is ready to go. The Kampen Course at Purdue is a really good Pete Dye design and will be set up to test the players.  It’s a ball strikers golf course. We have three tournaments remaining this fall, but we need to take them one at a time.”

LOOKING AHEAD
The Hawkeyes will host the Iowa Fall Classic on Oct. 16-17 at Blue Top Ridge Golf Course in Riverside, Iowa.