THIS WEEK
The University of Iowa women’s soccer team is set to host Purdue on Thursday at 7 p.m. (CT) for its annual “Gold Out Game” at the Iowa Soccer Complex. Then, the Hawkeyes host Nebraska on Sunday at 1 p.m. (CT) as they celebrate Senior Day.

SERIES HISTORY – PURDUE
Iowa leads the Boilermakers 10-7-4 in the all-time series. Purdue won last season’s match, 2-1, in overtime. The Hawkeyes won the previous meeting, 1-0, at the Iowa Soccer Complex in the 2021 spring season.

SERIES HISTORY – NEBRASKA
Iowa is 3-11-1 against the Cornhuskers in program history. The Hawkeyes are 3-1-1 in the series since 2017, including last season’s victory in which Iowa came back from a, 3-0, deficit to win, 4-3, setting a new program record. 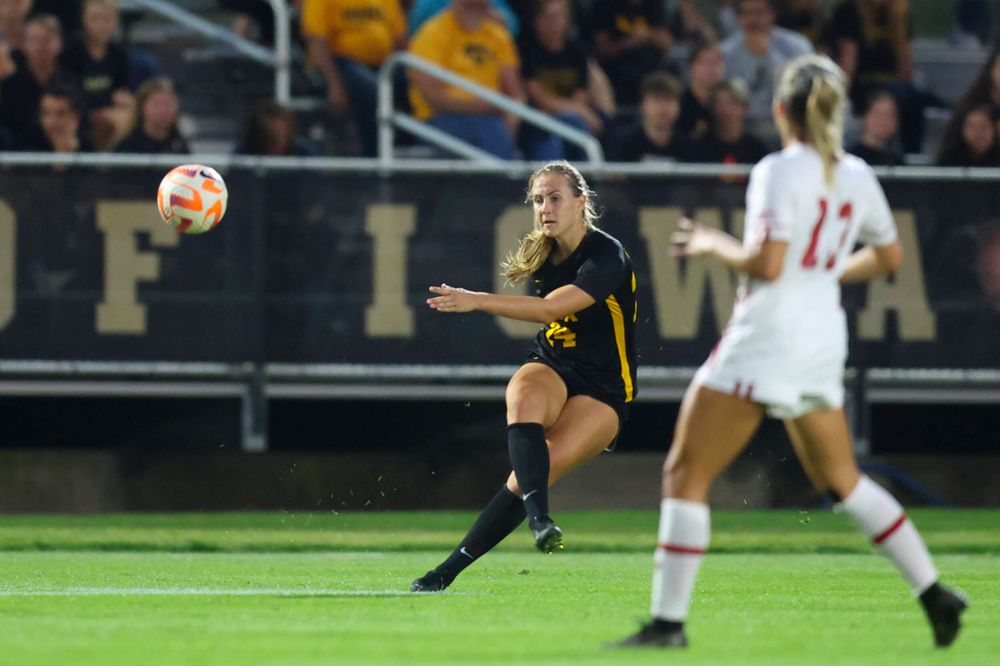 SHARING THE WEALTH
10 different Hawkeyes have combined for 17 goals this season. Kyndal Anderson, Elle Otto and Hailey Rydberg have recorded three goals, apiece; Rydberg has a team-high 10 points on the season.