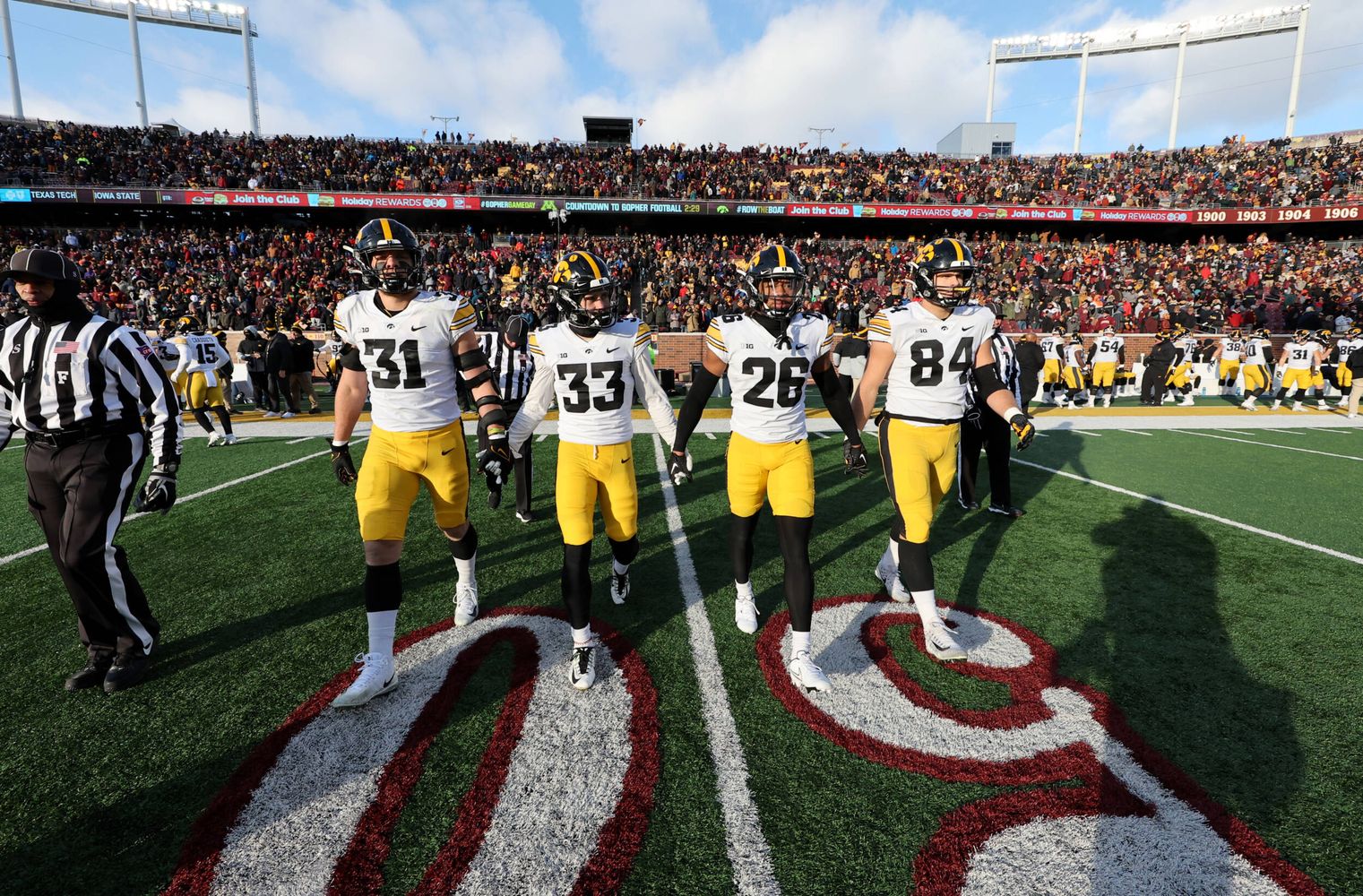 1 – Iowa has won seven consecutive games in the series with Nebraska and eight of the last nine. The Hawkeyes have out-scored the Huskers, 236-137, during the seven-game winning streak, but the last four games have been decided by seven points or less. Iowa has won the last three meetings in Kinnick Stadium.

3 – Ferentz will coach his 300th game as Iowa’s head coach on Friday against Nebraska (185-114). The Hawkeyes have won 10 straight games played on Fridays, including two during the 2021 season (at Maryland, at Nebraska).

4 – LB Jack Campbell had 10 tackles and a fourth quarter forced fumble and interception in Iowa’s 13-10 road win at Minnesota en route to being named the Big Ten Defensive Player of the Week on Nov. 21. The Cedar Falls, Iowa, native has seven 10+ tackle games this season, giving him 110 tackles this season. It is the second straight year he has 100+ tackles as he led the nation with 143 stops a year ago.

5 – Iowa’s defense surrendered 10 points or fewer for the eighth time this season in the road win at Minnesota (and Iowa has given up 13 or less in nine games). It is the first time since 1929 that the defense has allowed 10 or fewer points in eight games. The 1929 Hawkeyes gave up 28 points in the entire eight-game season.

6 – RB Kaleb Johnson led Iowa in rushing for the third straight game and the fifth time this season, finishing with 43 yards on eight attempts at Minnesota. Johnson has 653 rushing yards and five touchdowns this season, which are the most rushing yards by a freshman in school history.

7 – Tight end power. The Hawkeyes went to their tight ends early and often at Minnesota as the trio of Sam LaPorta, Luke Lachey and Addison Ostrenga combed for 10 catches for 178 yards. LaPorta had four catches for 95 yards, including a career-long 58 yarder and Lachey had a career-best five receptions. Iowa’s tight ends have 72 catches for 880 yards and three touchdowns this season.

8 – November cookin’. The Hawkeyes have won all three of their November games this season and 14 consecutive games in the month of Thanksgiving dating back to the 2019 season.

9 – K Drew Stevens made a 21-yard game-winning field goal late in the fourth quarter in the road win at Minnesota. Stevens, a walk-on, has a freshman record 15 field goals this season, making 15-of-17 attempts, including 5-of-7 from 40+. The South Carolina native is leading the team with 64 points (15 FG, 19 PAT) and is a semifinalist for the Lou Groza Award.

10 – TE Sam LaPorta has had at least one reception in 14 straight games and has been Iowa’s top receiver in 10 of 11 games in 2022. LaPorta has a team-best 53 receptions for 601 yards and one touchdown. He is leading the Big Ten in receptions and receiving yards this season among tight ends.