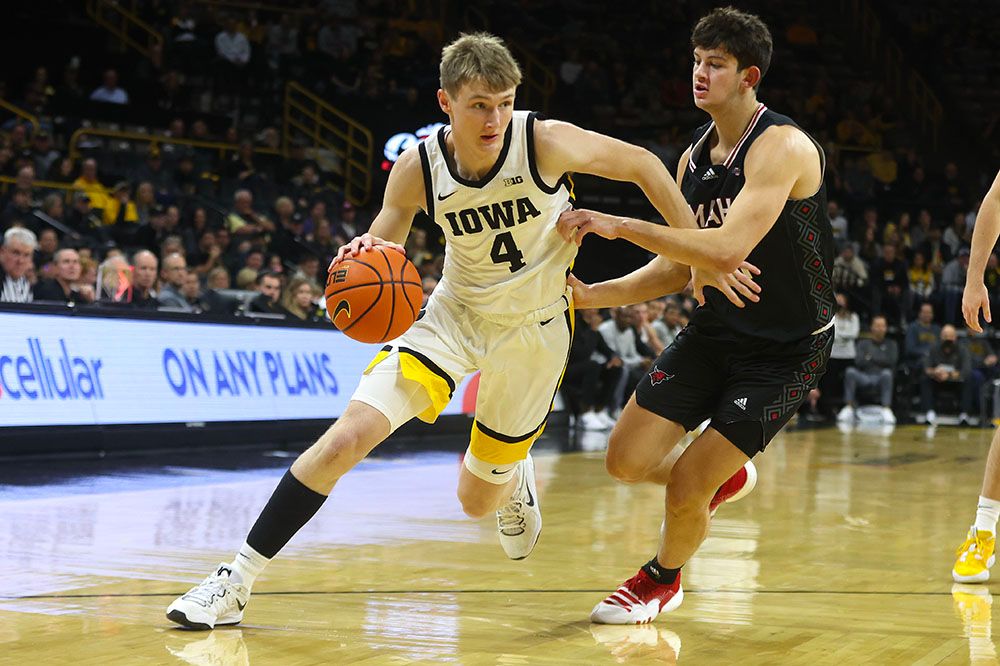 ON THE AIR
Radio: Iowa games are broadcast on the Hawkeye Radio Network. Jon Swisher will handle the play-by-play, along with color commentator Bob Hansen. The network includes more than 40 stations that blanket the state of Iowa and include portions of Illinois, Nebraska, Minnesota, Missouri and Wisconsin. The Hawkeye Radio Network coverage includes a 60-minute pregame show.

TV: Friday’s game will be televised nationally on CBS Sports Network. Brad Johansen and Steve Lappas will call the action.

Kris Murray poured in a career-high 30 points, while Connor and Patrick McCaffery combined for 28 points in a 100-64 convincing victory over Omaha on Monday in Iowa City.

Iowa is 6-4 all-time against Cal, having last played the Bears in 1996 (Maui). Iowa’s longest game in program history came against Cal on Dec. 28, 1960; the Hawkeyes outlasted the Bears 83-80 in four overtimes in the Los Angeles Classic.

The Hawkeyes lead the series against TCU, 2-1, having last played the Horned Frogs in the 2017 NIT. Two of the three games against TCU have been decided in overtime.

As a team, the Hawkeyes rank 34th nationally, making 76.8 percent of their attempts.

McCaffery is averaging seven points and two rebounds per game, and has made 6-of-9 (.667) from 3-point range through four contests.