COLUMBUS, Ohio – The nationally-ranked Iowa women’s basketball team ended No. 2 Ohio State’s perfect record on Monday night after taking down the Buckeyes, 83-72, inside the Value City Arena. It is the highest ranked road win in school history, and the Hawkeyes improve to a 8-1 record in conference play.

Seven Hawkeyes contributed points tonight, with All-American Caitlin Clark and Monika Czinano having a combined 50 of the team’s 83 points. Clark registered her eighth career triple-double with 28 points, 10 rebounds, and a season-high 15 assists, while Czinano finished with 22 points to record her ninth 20-plus point game. Kate Martin recorded her first double-double of the season, finishing with 13 points, 11 rebounds, and four assists.

Gabbie Marshall and Martin connected on two early threes to get the Hawkeyes rolling. Both teams shot over 50 percent from the field in the first quarter with four lead changes. A last-second shot from the Buckeyes gave them the, 24-23, lead heading into the second.

The Hawkeyes outscored Ohio State, 20-10, in the second quarter, as five players made it on the board. Iowa crashed the boards, outrebounding the Buckeyes, 14-8, with Hannah Stuelke having a quarter-high five rebounds. The freshman finished with a career-high 13 rebounds and eight points. An 11-0 run gave Iowa a nine-point lead heading into the half.

Iowa went on a five minute scoring drought in the third quarter but managed to keep a, 56-54, lead going into the final 10 minutes.

Molly Davis sunk a three in the first minute of the fourth to give Iowa some breathing room. Ohio State came within three, but Clark and Czinano went to work, having 15 of the team’s last 27 points to give the Buckeyes its first loss of the season. 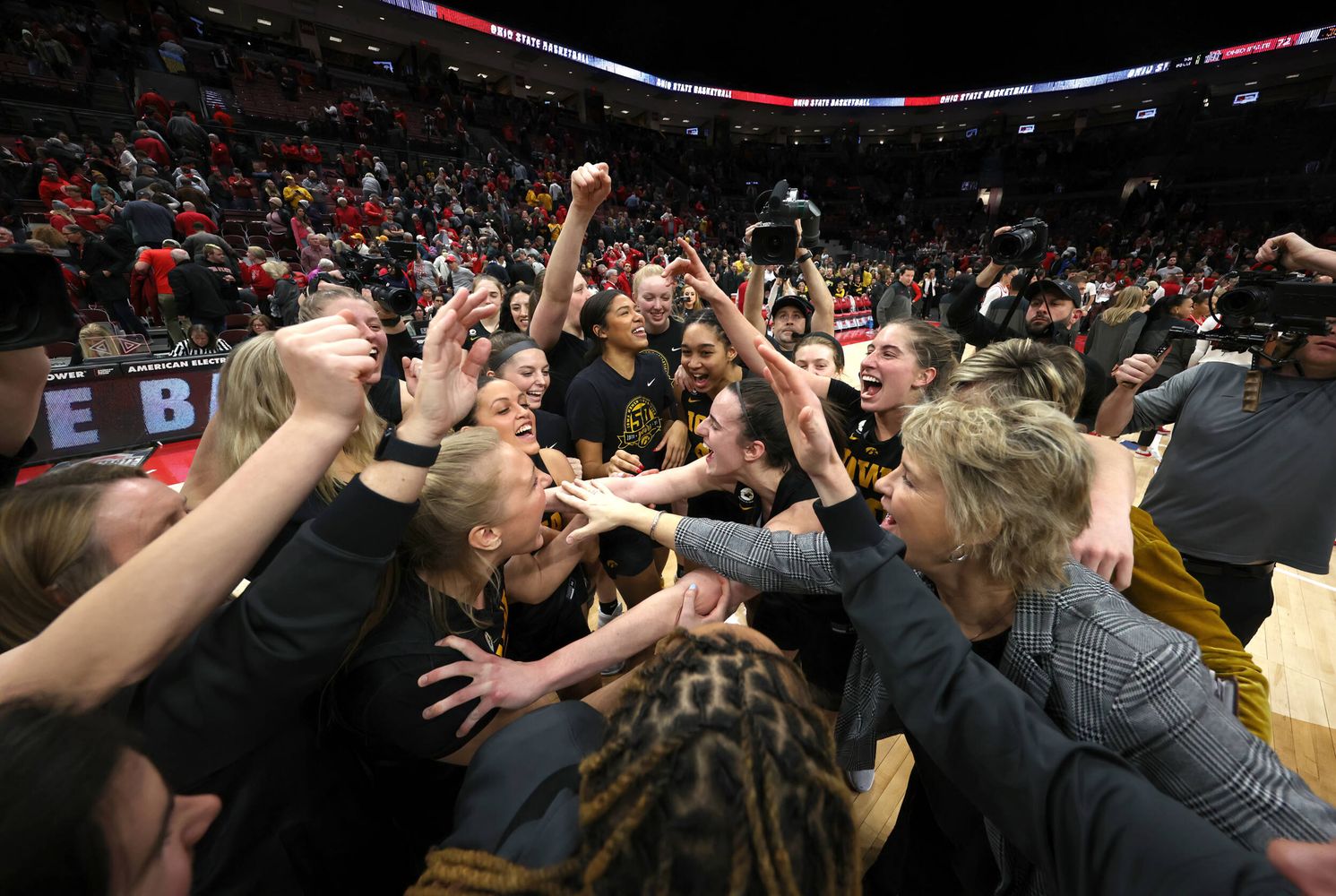 QUOTING P. SUE BECKWITH, MD, HEAD COACH LISA BLUDER
“I can’t say enough about this team. When things get tough this group really digs in. I couldn’t be prouder of them for what they accomplished tonight. It hasn’t sunk in for me yet, it probably will tomorrow. Ready to get back to work and focus on Nebraska.”

UP NEXT
The nationally ranked Hawkeyes are set to host Nebraska on Jan. 28. Tip-off in Iowa City is set for Noon (CT) inside Carver-Hawkeye Arena on Mediacom Court. The game will broadcast on FOX and the Hawkeye Radio Network.