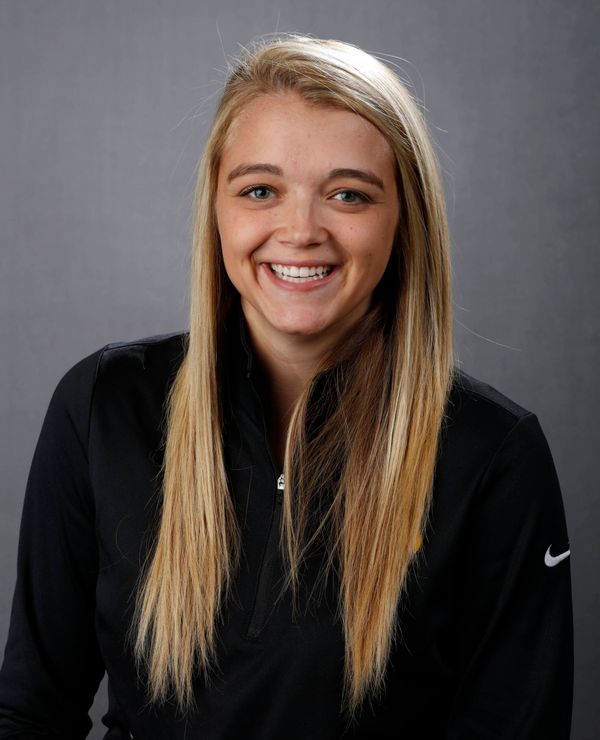 Hawk Items… Iowa’s all-time leading scorer (2,102 points)… ended her career tied for seventh all-time in 3-point field goals made (162), 11th in blocks (78) and rebounds (788), and 14th in assists (313)… appeared in all 137 games of her Hawkeye career with 118 consecutive starts… scored in double figures in 109 of her 118 career starts… set a program record for free throws made (522) and free throws attempted (709) in her career… became the second player in program history to surpass the 2,000 point mark… became the program’s highest scoring junior, netting 565 points to breaks Michelle Edwards’ record of 564 points in 1986-87… recorded the sixth-most blocks of any junior in program history with 28 stuffs… became the 34th player in program history to score 1,000 points… named Academic All-America of the Year and First Team Academic All-America in 2016… owned the highest GPA (4.03) of all Academic All-Americans in 2016 and was the only junior to be named to the first team… also the only sophomore to earn CoSIDA Capital One Academic All-American accolades in 2015 (third team)… Iowa is 58-26 when Disterhoft starts… she has reached double figures in scoring in 78 of her 84 career starts and has played in every game of her Hawkeye career (103).

2014-15 as a Sophomore… Earned her second consecutive conference honor with Second Team All-Big Ten accolades… the only sophomore nationally to be named a CoSIDA Captial One Academic All-American (third team)… was also named Academic All-Big Ten, a Big Ten Distinguished Scholar, and to the Dean’s List in the fall and spring… fourth among sophomores in Iowa history in scoring (503 points) and 34th in scoring overall (977 points) after two seasons played… started all 34 games this season and has started the last 51 games played (includes the last 17 games of her freshman season)… has scored in double figures in 45 of her 51 career starts… Iowa is 39-12 when Disterhoft starts… tied for first on the team and 13th in the conference in scoring (14.8)… 12th in the Big Ten in free throw shooting (.78.3%)… scored in double figures in 23 of the last 26 contests… Iowa’s leading scorer in First Round NCAA Tournament victory (18 points)… registered her second double-double of the season and fifth of her career in an overtime victory over No. 15 Nebraska (Jan. 26), scoring 20 points while grabbing a career-best 13 boards; scored all 20 points after halftime… scored 20 or more points five times this season; included a four-game stretch from Jan 26-Feb. 5… matched a career high with three steals in victory at No. 20 Nebraska (Feb. 12)… named to the Big Ten Player of the Week Honor Roll on Feb. 2 after averaging 21.3 points and eight rebounds in Iowa’s wins over No. 15 Nebraska and Northwestern and 93-88 loss at No. 5 Maryland… dished out a career-high eight assists in win over Penn State (Dec. 28)… has led the Hawkeyes in rebounds in 12 games… named to 2014 Hawkeye Challenge All-Tournament Team.

2013-14 as a Freshman… Honorable mention All-Big Ten by league coaches and media… 1-of-5 league rookies named to the All-Freshman Team… named to the Big Ten All-Tournament Team, becoming first Hawkeye freshman to be named to the team… second among freshmen in Iowa history in scoring (474 points)… third among freshmen in program history in rebounding (229)… fourth among freshmen in program history in 3-pointers (33)… played in all 36 games, starting the last 17 contests… scored in double figures in 16 of first 17 career starts, and Iowa finished with a 13-4 record when she started… Iowa’s third-leading scorer in conference play (13.7), ranking 16th in the Big Ten, and fourth among league freshmen… averaged 12 points and 5.6 rebounds per contest off the bench in Iowa’s first 19 games — Iowa’s second-leading rebounder and fourth-leading scorer during the stretch… led Iowa in rebounding in 17 games… fourth among Big Ten freshmen in rebounding, seventh in scoring… ninth in the Big Ten in field goal percentage (.493), 16th in rebounding (6.4), and 22nd in scoring (13.2)… scored in double figures in 28-of-36 contests, including 18 of the last 19… tallied six or more rebounds in 23-of-36 games… posted three double-doubles… made first career start in win at Ohio State (Jan. 19), posting first career double-double (24 points, 10 rebounds); finished 12-of-12 from the free throw line; 6-for-6 from the line in the final 28 seconds; her 12-for-12 marked from the line marks the third-best total (when shooting 100%) in the league this season, and the best performance from the line in conference only action; also tied the program record for most free throws made (when making 100%) during a Big Ten game… equaled a season high with 24 points in win at No. 9 Penn State (Feb. 6), missing only one shot (8-of-9 field goals, 3-of-3 3-pointers, 5-of-5 free throws); drove to the hoop and was fouled with a second on the shot clock, and made both free throws with 8.7 seconds left for the game’s final points… netted a team-high 20 points in Big Ten Tournament championship game… posted third double-double in win over Illinois (Mar. 6), notching 14 points while grabbing 12 rebounds in the first round of the Big Ten Tournament.

High School… Named to the 2013 PARADE All-America Girls Basketball Team — one of 40 high school seniors selected to the All-America team… named Miss Iowa Basketball by the Iowa Newspaper Association and the Iowa Gatorade Player of the Year as a senior… McDonalds All-American nominee… ESPN HoopGurlz Top 100 recruit… named the Iowa City Press-Citizen’s Female Athlete of the Year as a senior after leading West High School to the state tournament for the third year in a row… averaged 26.3 points, 5.4 rebounds, 2.6 steals and 2.2 assists per game as a senior… Academic All-State selection… earned a total of seven all-state honors as a sophomore and junior, including six first team accolades… all-district selection as a junior and senior… two-time unanimous MVC Player of the Year and first team all-conference pick… Iowa City Press-Citizen and Gazette/KCRG Player of the Year as a junior… averaged 15 points, 3.3 rebounds and 2.2 assists as a sophomore… averaged 16.4 points, 3.5 rebounds and 3.2 assists as a junior… led West High to its first state tournament appearance in school history as a sophomore, finishing runner-up… helped the Trojans claim a state championship as a junior with a 25-1 record… named to state tournament all-tournament team in both seasons… led West High to back-to-back MVC titles… holds school records for career points (1,590), career 3-pointers made (112), career free throws made (372), career blocks (104), single season points scored (631), single season scoring average (26.3), two-point baskets made in a season (192), two-point field goal percentage in a season (63.5), single season three-point field goal percentage (47.0), single season field goal percentage (67.4), blocked shots in a season (42), two-point field goals made in a game (15), steals in a single game (10), and blocked shots in a game (five)… also lettered in track and volleyball… helped West High to a 2010 outdoor state track championship… claimed individual state title in indoor 4×800 as a sophomore… multiple event qualifier for Drake Relays… all-conference and academic all-district pick in volleyball… also excels in the classroom and is an academic all-state and all-conference selection… member of the National Honor Society and held a 4.0 cumulative grade-point average… awarded direct admission into Tippie College of Business for academic achievement.

Personal… Parents are Missy and Jeff Disterhoft… mother played basketball and softball at Drake and was teammates with current assistant coaches Jan Jensen and Jenni Fitzgerald… has a younger brother, Nate… finance and accounting major.