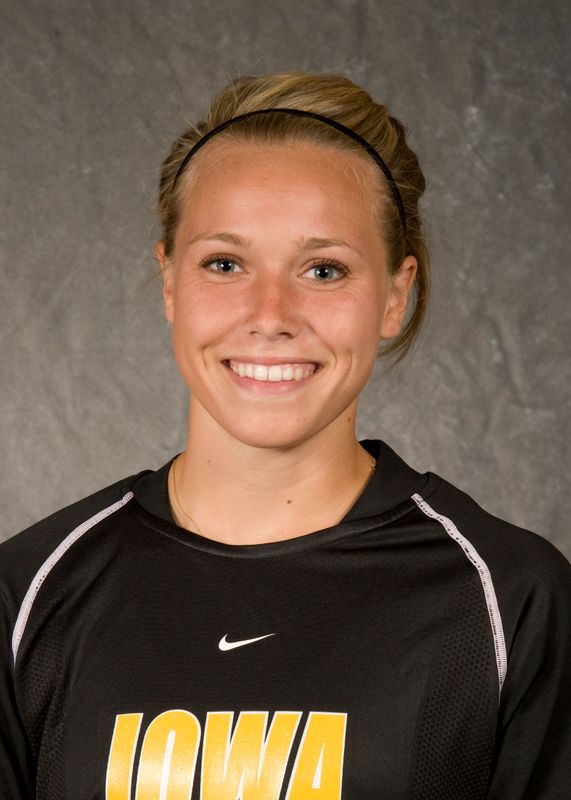 2009 as a Sophomore… Started every match of the season for Iowa (20/20)… scored six times for the Hawkeyes, including once in Iowa’s 2-1 win over Michigan (Oct. 30)… recorded a game-winning goal in 4-0 win over University of Wisconsin-Milwaukee… moves up in Iowa’s all-time career game-winning goals (7)… ties Katelyn Quinn, Beth Oldenburg and Linzy Woltman for the second most in program history… recorded two assists in win over Northern Arizona and one in season opener against Missouri and win over Northern Iowa… letterwinner.

2008 as a Freshman… Named to Big Ten All-Tournament Team… started every match of the season for the Hawkeyes (21/21)… led team in goals (nine)… tied for eighth all-time in Iowa’s record books for most goals in a season with Kate Walse (1998) and Beth Oldenburg (1997)… tied for first in the Big Ten in game-winning goals (six) and tenth in points (18)… scored two goals in first collegiate match against Drake (Aug. 23)… recorded 30 shots, including 18 shots-on-goal.