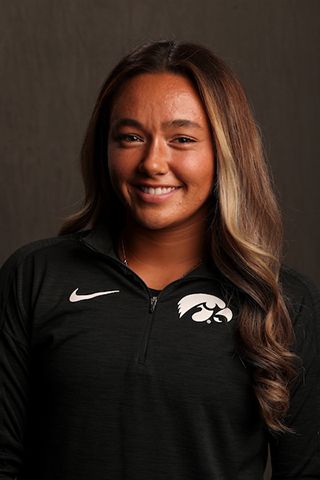 2021-22 (Utah) — finished the season with nine singles wins and four doubles wins in the season… went 5-6 in dual matches during the spring season, all on court 6… defeated 103rd ranked Danielle Willson of USC in straight sets for her lone ranked win of the season, which helped aid the Utes to a win over USC, the first win against USC in program history… beat Madison Smith of No. 54 BYU to help the Utes to their 13th straight victory over the Cougars… lone dual doubles win came on March 26 with a win over Juliette Daries/Kaytlin Taylor of Cal State Fullerton.

2020-21 (Utah) — played primarily in the No. 5 singles position and between the No. 2 and No. 3 doubles spots… tied for a team-high 8 singles wins in dual play, which included six of those wins coming from court five… won first 6-of-7 singles matches in dual play and finished the year 6-1 in Mountain Region play… bounced Xenia De Luna of BYU in straight sets to clinch Utah a road victory… posted conference wins over Melisa Ates of Washington State and Allison Mulville of Oregon… played with six different doubles partners this season, led by collecting two wins with Lindsay Hung on court two… picked up a win with Madeline Lamoreaux over the No. 2 duo from Arizona… downed the No. 3 duo from BYU with Jasmine Rich (6-4) to highlight a 5-2 doubles record in Mountain Region play… ITA Scholar-Athlete.

2019-20 (Utah) — starter in the No. 6 singles and No. 3 doubles positions in dual play in the shortened season… tallied an 8-1 dual record in singles, which included a 6-0 mark against region opponents… clinched 4-3 win over Minnesota after defeating River Hart to improve Utah’s record to 5-0 for the first time since the 1983-84 season… clinched the team upset over No. 33 Denver by knocking off Camille Verden-Anderson in three sets… aided Utah in earning its 11th-straight win over BYU, downing Helen Jiao to clinch the match… cruised past Valentina Martin of No. 12 UCF… compiled an 8-4 doubles record in dual play, 5-3 with Lindsay Hung to close out the season and 3-1 with Katya Hersh at front-end of season… picked up region doubles wins (Southern Utah 2x, Montana) with Hersh… beat the No. 3 doubles team from No. 33 Denver… earned doubles wins against BYU  and Boise State to remain undefeated in region play… Pac-12 Spring Academic Honor Roll… Dean’s List.

2018-19 (Utah) — went 1-3 in singles play at the No. 6 and No. 4 positions while going 3-5 in doubles during dual matches… defeated Jessica Stefan of Southern Utah… aired with Whitney Hekking for a victory over the No. 3 doubles team of Southern Utah… won in doubles with Emily Dush against No. 28 Washington State.. also defeated the No. 3 position team out of Arizona with Dush… won five singles matches in fall play… advanced to the finals of the SDSU Classic in Flight E with a win over Yasmin Mansouri of Eastern Washington… also advanced to the semifinals in the Wildcat Invite with a win over Nell Arendt of Illinois-Chicago.

High School — two-time state champion in doubles… led Mountain View HS to a state championship as a team and two runner-up finishes… four-star recruit… ranked the No. 4 recruit out of the state of Arizona and No. 26 in the Southwest region… played No. 1 doubles all four years of high school… named AZCentral sports’ All-Arizona Girls Tennis Player of the Year (2016).

Personal — daughter of Jennifer Wu-Lamoreaux and Glen Lamoreaux… played with twin sister, Madeline, at the University of Utah… majoring in Health, Society & Policy.