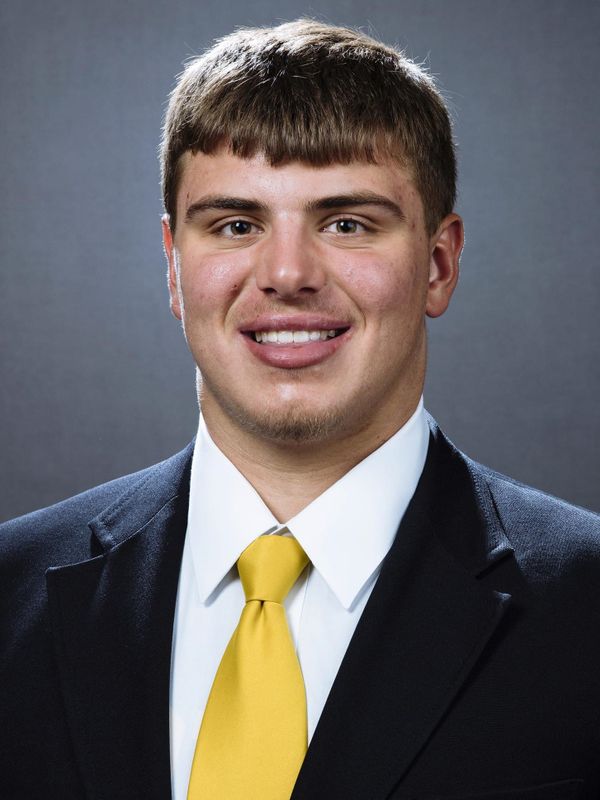 High school honors – – Named first-team all-state by Iowa Newspaper Association and Des Moines Register as a senior . . . selected to Iowa Shrine Bowl . . . earned second-team all-state honors as a junior . . . earned first-team all-district honors for three straight years . . .  Career – – Four-year football letterman as defensive lineman, offensive lineman, and fullback . . . helped prep team reach state playoffs four straight years, with combined record of 31-12, including 9-2 mark as a senior . . . team captain as a senior . . . also lettered in basketball (3), track (3), and baseball (1) . . . earned all-conference and all-district honors in track as a freshman, sophomore, and junior . . . placed fifth in the state as a freshman in the shot put, while qualifying for the Drake Relays . . . placed fourth in the state in shot put as a sophomore while also competing in Drake Relays . . . placed fourth at the Drake Relays in the shot as a junior and eighth in the discus . . . placed second in the state in discus as a junior.